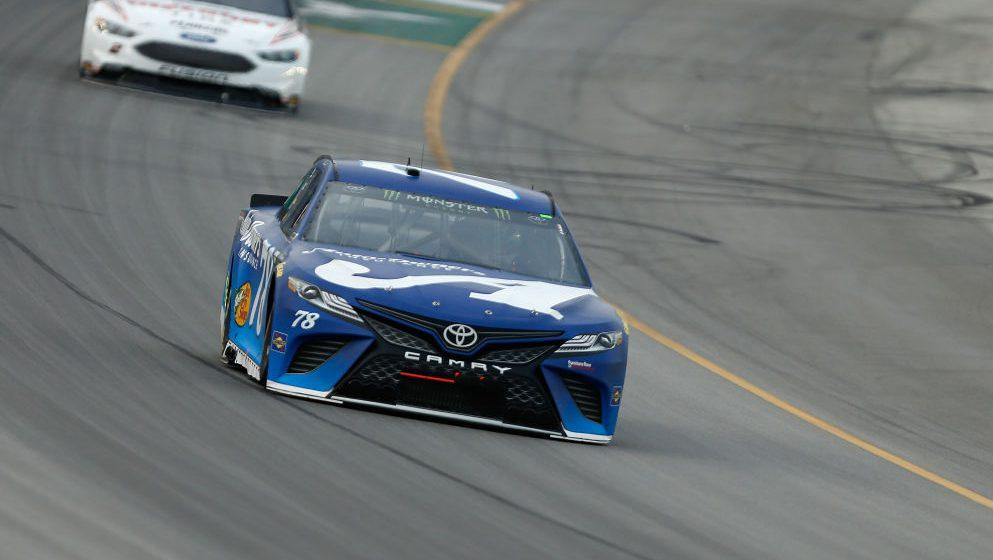 After a dominant performance that included 174 laps-led, he was also able to take his fourth win of the season to pull within one victory of point leaders Kyle Busch and Kevin Harvick.

“Just left it in gear and it just rolled away,” Truex said, smiling. “Ghost-riding it. Remember when you were a kid and you would ghost-ride your bike? Take off pedaling and ghost-ride off a jump? That’s kind of what it was.”

Keselowski, who had not been challenging for the lead early on, worked his way up as Stage Two ended. Gambling with a two-tire pit stop ahead of the restart to open Stage Three, Keselowski jumped Truex for the lead.

Truex passed Keselowski for his final lead,also passing Keselowski,was young teammate Ryan Blaney. Blaney was able to maintain second for the remainder of the race, but Truex pulled away with the lead and didn’t look back from their. Keselowski held onto third,while Kyle Busch and Kevin Harvick,Kurt Busch, Erik Jones,Aric Almirola, Kyle Larson and Joey Logano rounded out the top 10.

Larson ran in the top five for much of the night, an impressive performance considering he started from the back of the field as penalty for missing driver introductions. His chances were hurt by a trackbar issue that shuffled him back in the pack.

There were no accidents until Lap 109, when Alex Bowman blew a tire and hit the wall in Turn 4. Bowman drove into the pits with heavy damage on the car’s right side and was forced to end his night.

The series heads to Loudon, New Hampshire, on July 22. Denny Hamlin was last years victor and looks to add to it.

has published a new mt_pp."Olly Johnson"
5 hours ago

has published a new post."The Merry Old Land of Woz"
5 hours ago

has published a new post."Five Takeaways From the Heat-Clippers Game"
5 hours ago
View more activity