Curtis Blaydes is known as one of the best grappling heavyweights on the UFC’s roster. Tonight, against Chris Daukaus, he made a deliberate attempt to send a message to the rest of the heavyweight division: he wants a title shot and he’ll do anything it takes to get there. By standing on his feet and forcing himself to become a striker, Blaydes sent a subliminal message to UFC CEO, Dana White, that he knows how to entertain a crowd and is ready for “the big time.” From start to finish, tonight’s edition of UFC Fight Night was filled with fighters jockeying for position in the organization. There’s a lot to unpack here. Without further ado, let’s get into it!

After losing to Derrick Lewis in December of last year, Chris Daukaus thought it would be awhile before he was given another opportunity to fight a ranked heavyweight. However, the organization showed faith in him and gave him another shot by matching him up against the highly ranked Curtis Blaydes. During the buildup to the fight, both fighters were generally respectful of one another. However, Blaydes did question the caliber of the opponents Daukaus faced prior to Lewis. His train of thought was that Daukaus’ defeat against Lewis was reflective of what happens when a fighter climbs the rankings too soon and is given a top-notch opponent before they’re ready.

In the first round, Blaydes surprised everyone in attendance by failing to attempt a single takedown. He is a former collegiate wrestler; everyone knows he has elite grappling skills. However, he seemed content to stand in the middle of the octagon and exchange punches with Daukaus. At the end of round one, Daukaus had a cut under his left eye but was not badly hurt. However, at the beginning of round two, Blaydes landed a vicious overhand right that sent his opponent crashing to the mat. He then pounced on him and hit him with a barrage of punches that forced referee Herb Dean to stop the fight.

In the post-fight interview, Blaydes stated that he would like to fight Ciryl Gane for the interim heavyweight championship. That would be an incredible fight between two incredibly skilled, very large men. Time will tell if a deal gets done to make that fight a reality, but I’m hoping to see that matchup at some point this calendar year.

ALSO READ:  What Happened To Marlon Moraes And What’s Next?

Women’s flyweight challenger Alexa Grasso executed her game plan to perfection against Joanne Woods tonight. She scored an early takedown and appeared to be in control of the fight, but realized she was not inflicting much damage on her opponent. She decided to let Woods back up to her feet. After exchanging a few striking blows, Grasso then scored a second takedown of the round. This time she secured a rear naked chokehold and forced Wood to tap out. It was a short night of work for Grasso, but she looked very impressive. She is sure to move up in the rankings when the new division standings are released in a few days.

Welterweight warriors Matt Brown and Bryan Barberena let it all hang out tonight. Although each of these men is fairly accomplished inside the octagon, it is more than obvious that they’ve been in their fair share of barroom brawls and back alley mayhem. The 41-year-old Brown came out swinging in round one and landed more significant strikes than his opponent. However, in round two the momentum began to swing in favor of Barberena. He began to land with more regularity and he clearly had better cardiovascular conditioning than his opponent.

With the fight even at one round apiece, it was obvious that round three was going to be the determining factor. Barberena and Brown engaged in a seesaw battle all round long, however, Barberena ended the round with a flurry of punches that hurt Brown. The 41-year-old was lucky to survive without being knocked out. For his efforts, Barberena was given the benefit of the doubt via a split decision. More than anything, it was his strong showing in round three that secured the victory for the ascending prospect.

Flyweight prospects Askar Askarov and Kai Kara-France traded the momentum back and forth over the course of three rounds. In round one, Askarov scored a big takedown and immediately attempted an anaconda chokehold. Although Kara-France was able to fight back to his feet, round one definitely went to Askarov; his ground control time was too much to ignore.

In round two, Kara-France quickly showed that he was not discouraged by the one-sided nature of the first round. He peppered Askarov with light shots and outpointed him for the first three minutes. However, in the last two minutes of the round, Kara-France began to inflict serious damage and left Askarov clearly hurt. Round three was difficult to score; both men knew the fight was even after the first two. They put on a show for the fans that brought the crowd to their feet with a standing ovation. Kara-France won a unanimous decision; he played to the crowd in between every round and it’s possible the judges were swayed by that. This decision was not a robbery but I assumed one of the judges would side with Askarov.

Welterweight prospect Max Griffin stole the momentum of the fight early in the first round. He landed a nice overhand right that stunned Neil Magny. He didn’t stop there; at the 2:30 mark of the round, he landed the exact same strike again, this time with enough force to send Magny crashing to the mat. It appeared this would be Griffin’s night to make a statement but Neil Magny is a wily veteran who is not easily discouraged.

In round two, Magny attempted an early takedown, a gutsy move for a fighter who clearly lost the previous round. With about three minutes left, both fighters threw caution to the wind and began throwing punches as if they were in a boxing match. It was at this moment that Magny stole the momentum of the fight. He landed with more frequency than Griffin and his punches clearly inflicted the most damage. Another takedown early in round three, followed by a knee to Griffin’s face near the end of the round solidified Magny’s comeback.

For his efforts, Neil Magny was awarded the unanimous decision victory. He is now tied with Georges St.-Pierre for the most welterweight victories in UFC history. Congratulations to him on a major accomplishment.

Lightweight prospect Marc Diakiese is known as a striker. He surprised everyone in the UFC tonight by dominating with his wrestling. For his part, Slava Borshchev will have to go back to the drawing board and work on his takedown defense. Diakiese executed the same strategy for three consecutive rounds and Borshchev never made an adjustment. He won the fight with ground control but never brought any excitement. His unanimous decision victory was met with a chorus of boos from the crowd.

Curtis Blaydes put the world on notice that he is an elite heavyweight who should be taken seriously. Blaydes versus Gane is a fight that the UFC needs to make a priority. That fight is compelling enough to be the main event of the evening at a pay-per-view event. After his performance tonight, he has as good an argument as anyone else in the division to get the next shot at Gane.

The UFC returns on April 9th with a pay-per-view event featuring featherweight champion Alexander Volkanovski against The Korean Zombie. Volkanovski is considered one of the best pound-for-pound fighters in the world. Meanwhile, The Zombie has had a cult like following since well before he joined the UFC. This will be an event fight fans will not want to miss! As always, we’ll have all the latest updates about the outcomes of the fights, as well as in depth analysis available right here at World in Sport. 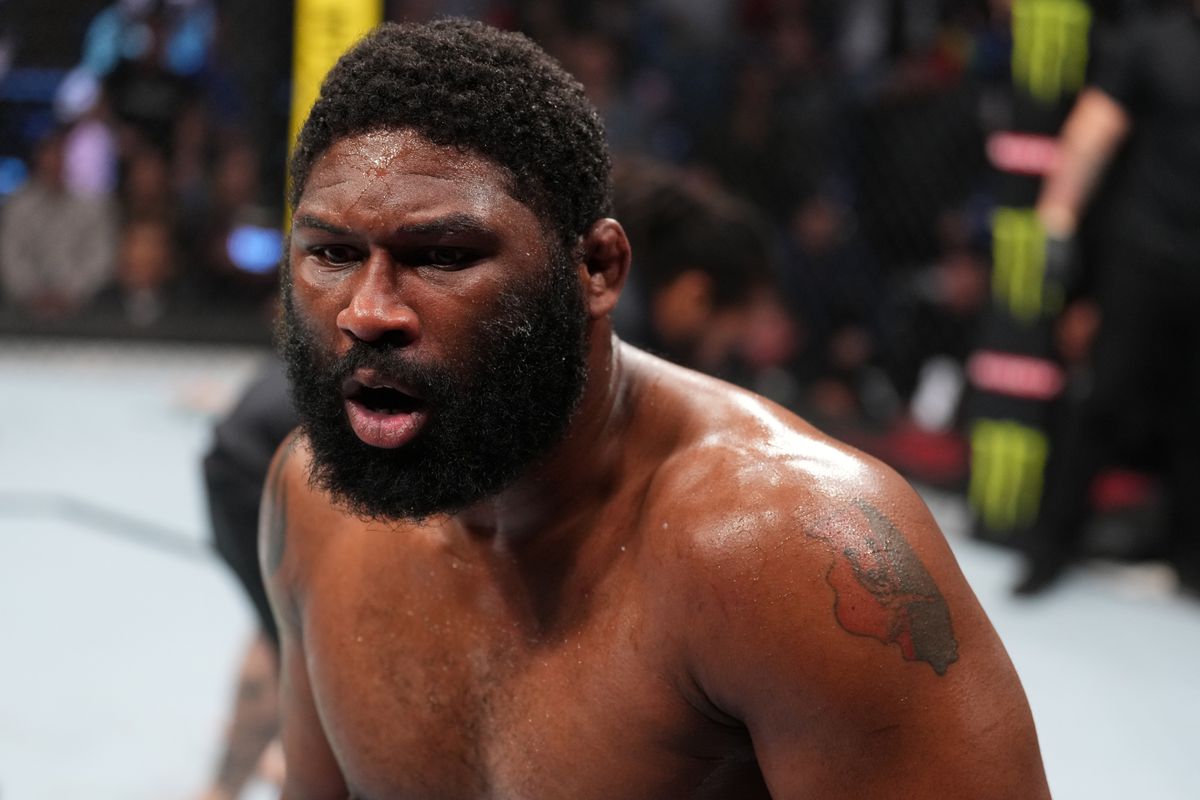