Holly Holm and Ketlen Vieira engaged in a five round war that was so close, it wouldn’t be unthinkable for the two warriors to stage a rematch to settle the score. For now, one woman is a step closer to getting a crack at the UFC’s undisputed women’s bantamweight championship belt; the other must figure out her path back to contention. Overall, tonight’s edition of UFC Fight Night was filled with dramatic stoppages and controversial decisions. There’s a lot to unpack here; without further ado, let’s get into it!

Ketlen Vieira implemented a strategy that was designed to negate Holly Holm’s notorious striking ability. After several unsuccessful takedown attempts, Vieira was finally able to wrestle Holm to the mat in the latter portion of the round. However, Holm was able to fight to her feet immediately and Vieira was unable to maintain a clear advantage. In round two, Vieira came very close to forcing Holm to tap out with a standing chokehold, but Holm was able to slip out using a shoulder maneuver she has learned through her many years of experience inside the octagon.

Holm was able to bounce back in round three by using a lot of clinch control time and landing a few well-timed strikes. In round four, she landed an emphatic chest kick that sent Vieira crashing to the mat. Vieira started round five with a high head kick and a spinning back fist, both of which landed and clearly affected Holm. When the final bell sounded, the judges awarded Vieira a split decision victory.

This is the second consecutive main event victory for Vieira. Most likely, she will get the title shot she has been desperately waiting for sometime before the end of 2022. If her last two fights are any indication, Ketlen Vieira will be ready whenever the opportunity arises.

Santiago Ponzinibbio tried to walk Michel Pereira down in a stalking fashion; his approach gave me a flashback to watching Canelo Alvarez utilize this strategy against Miguel Cotto back in 2015. However, Pereira had the advantage of being able to use kicks to keep the bigger man out of reach and he implemented this tool efficiently in round one. However, in round two Ponzinibbio began landing his left hook with increased accuracy and eventually opened up a cut over Pereira’s right eye.

In round three, both men began throwing strikes with reckless abandon. They threw technique and defense to the wind and tried to outland and outpoint one another. It was a very entertaining round and both men were a bloody mess by the final bell. Michel Pereira was awarded a split decision victory. However, this fight could have easily gone either way. Both men fought admirably and a performance like this will guarantee their presence on main cards to take place in the not-so-distant future.

Chidi Njokuani was well known in mixed martial arts circles before being called up to the UFC earlier this year. His older brother is a former UFC participant, and Chidi himself has victories on his resume against other fighters who eventually joined the UFC’s roster. Tonight, Dusko Todorovic got a taste of the power that has pundits referring to Njokuani as one of the best striking middleweights in recent memory.

Early in round one, Todorovic was able to negate Njokuani’s power by engaging him in a grappling contest. However, after getting up from the mat, Njokuani began to connect with powerful knees to Todorovic’s body. Finally, he landed a vicious right elbow that knocked Todorovic out on impact. It was an emphatic display of timing and power. Chidi Njokuani is a prospect to keep an eye on in the middleweight division.

Tabatha Ricci dominated Polyana Viana for three consecutive rounds. Ricci scored a total of five takedowns and had seemingly endless ground control time. Viana’s lone bright spot of the night came via spinning backfist that landed squarely on Ricci’s jaw in round two. Ultimately, Ricci was awarded a unanimous decision for her efforts. This win solidifies her reputation as one of the best grapplers in the women’s strawweight division.

Eryk Anders attempted two early takedowns against Park Jun-Yong but “The Iron Turtle” held serve and refused to fall to the mat. However, Anders persistence would eventually pay off; he was able to get the takedown he’d been striving so hard for near the end of the round.

In round two, Jun-Yong was able to get Anders attention with a left jab, right hook striking combination that drew a reaction from the Apex Center crowd. Each men accidentally kneed the other in the groin, prompting a stern warning from the referee that the next infraction would result in a deduction in points. In round three, Jun-Yong decided to incorporate kicks, while Anders went to a striking attack in light of the fact that his takedowns had been largely ineffective.

Jun-Yong was awarded a split decision victory. This was a close fight that could have been scored in favor of either fighter. Anders was clearly disappointed. If he wants to avoid having this feeling again, he may want to incorporate strikes earlier in the fight. The first two rounds he relied solely on grappling; diversifying his attack may ultimately get him better results.

Chidi Njokuani has tremendous striking power. It is too early in his UFC tenure to line him up for a title shot, but I couldn’t help but imagine how he would fair against current middleweight champion, Israel Adesanya. Adesanya is one of the pound for pound best fighters in the world; however Njokuani has the kind of power that could turn his lights out with one blow. While he has a long way to go before he will be in the contender’s conversation, it is worth noting that “Chidi Bang Bang” possesses power that could catapult him near the top of the rankings with warp speed.

The UFC returns on June 4th with a main event featuring heavyweight prospect Alexander Volkov against power puncher Jairzinho Rozenstruik. These are two of the top fifteen heavyweights in the organization and each man knows that an impressive performance could move them into the top ten, possibly even the top five. You won’t want to miss it! As always, we’ll have all the latest updates about the outcomes of the fights, as well as in depth analysis available right here at World in Sport! 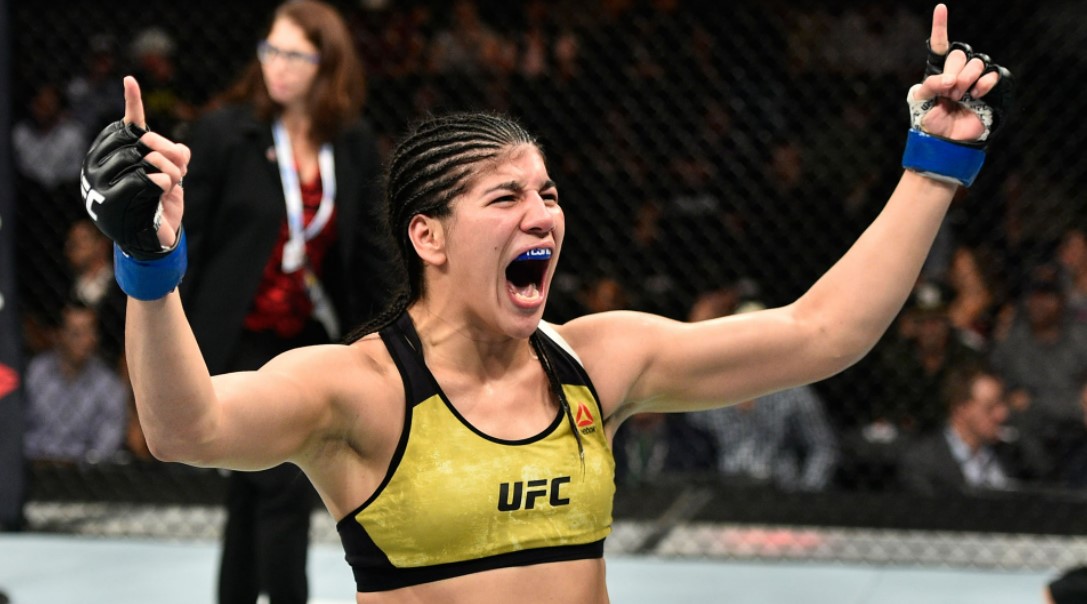