When the banished love child of the former King returned to his tribe with his new military allies in tow, the local army did not resist. Indeed, the African warrior’s reputation proceeded him. He had become an expert in military tactics, revolutionizing the way warfare was conducted between tribes on the continent. The warrior ingratiated the residential military into his alliance of troops and formed one conglomerate regime. His last act of defiance against his father was to kill his half brother, who sat on the throne, and insert his mother into her role as the new Queen. After their banishment, the teenage concubine and her son had returned to take over the kingdom. And so it was that Shaka became King of the Zulus. Today, a man who calls himself “The Black Beast,” and could have been one of Shaka’s most prized warriors, became the all-time knockout King of the UFC. Without further ado, let’s get into it!

Heavyweight sensation, Derrick Lewis, came into this fight tied for most victories by knockout in UFC history. Chris Daukaus, his opponent, knew that he could not let Lewis walk him down and corner him against the cage. If Daukaus found himself cornered against the steel with an angry Lewis throwing bombs at him, there would be absolutely nowhere for him to go.

Unfortunately for Daukaus, that’s exactly what happened. The octagon in the Apex Center is not as large as the ones used in main events during pay-per-view spectacles. Lewis stalked Daukaus until he finally had him right where he wanted him. He then proceeded to throw a devastating right hook that knocked Daukaus out cold. Referee Mark Smith, rushed in and immediately tried to revive Daukaus; the fight was clearly over.

With the win, Derrick Lewis now has the most knockout victories in UFC history. At 36-years-old, his name is in the history books in one of the most important combat sports organizations in the world. Lewis has come a long way. He went to college on an American football scholarship but was kicked out of school for getting involved with the wrong crowd and eventually found himself in prison. He’s turned his life around and he’s used sports to do it. Congratulations to him on both fronts.

Stephen Thompson came into this fight ranked fifth in the welterweight division. Belal Muhammad came in five years younger, less established, with a chip on his shoulder. A win against a fighter like Thompson, whose had two world title shots in his career, could put Muhammad in serious contention for a shot at the belt; he would not waste the opportunity.

After the two fighters exchanged strikes in the middle of the octagon, Muhammad went to work with grappling for the remainder of round one. Thompson did not give in easily, but seemed unable to match the strength of Muhammad. For the last minute of the round, Muhammad maintained a dominant, back mounted position, as he pummeled Thompson with a barrage of strikes.

Rounds two and three were very reminiscent of round one. Thompson tried to turn the match into a striking affair but Muhammad would not allow it. It was clear that Muhammad has spent extensive time in the gym working on his wrestling skills; prior to tonight he was known as an elite striker. He is clearly now one of the best grapplers in the welterweight division. This was a dominant, one sided performance by Muhammad. The judges awarded him a unanimous decision victory for his efforts.

Today’s bout was the 19th strawweight fight of Angela Hill’s UFC tenure. She has officially participated in more bouts in the division than any other woman in the organization’s history.

Amanda Lemos dominated round one with powerful striking. Hill did everything she could to survive the round but it was evident that Lemos’ power was too much for her. After gaining the edge through her striking barrage, Lemos then took Hill to the mat and continued to dominate with ground control time.

After round one, it looked as if Hill stood no chance of going the distance. However, she put together a resilient performance in round two that stole the momentum of the fight out of Lemos’ grasp. She is a veteran of the octagon and she used her grappling expertise to even the match at one round apiece. In round three, Hill had a couple of moments that stood out. She scored a nice take down with a minute and a half to go in the round, and followed that up with a spinning elbow with thirty seconds left. For her part, Lemos stayed active and did not let Hill’s momentum get out of hand.

Lemos was awarded a split decision victory. I have to say that I agree with the two judges who scored this fight in her favor. I scored the fight two rounds to one in favor of Lemos. Hill fought valiantly in round two and she kept going in round three, but it was evident that Lemos’ superior power did the most damage. All things considered, this was a pretty entertaining fight.

Bantamweight legend Raphael Assuncao looked every bit of 39 years old tonight. He has had a great career, but I couldn’t help but think that this fight would have been much more competitive if he were his old self.

In round one, Ricky Simon dominated the bout with grappling and ground control time. At the beginning of round two, Simon sent Assuncao to the mat with an overhand right, followed by an immediate right uppercut. It was a well-timed combination that Assuncao had no answer for. He was instantly dazed and the referee wisely put a stop to the fight.

Carlos Ferreira and Mateusz Gamrot came into tonight’s bout jockeying for position in the lightweight division. Widely considered the most talented division in the sport, it is difficult to get attention when the competition is so intense.

During the first minute of round one, both fighters found success using kicks to the body and calves. Gamrot stole the momentum of the round by scoring two takedowns in the last minute and a half. Ferreira was able to quickly fight to his feet both times, but Gamrot’s success was telling. In round two, Gamrot stuck with his strategy from round one, having discovered Ferreira’s weakness. After scoring yet another takedown, Gamrot tried to establish a grappling hold. While doing so, he kneed Ferreira in his rib cage. The look on Ferreira’s face looked as if he suffered a broken rib. He immediately tapped and signaled to the referee that he could not continue. It was a one-sided match and a second round TKO victory for Mateusz Gamrot. In the post-fight interview he declared that Conor McGregor was no longer a real fighter, and challenged Michael Chandler to a fight instead.

The Apex Center was filled with Cub Swanson supporters, most notably his wife and their three children. For the first minute and a half of their fight, Swanson and featherweight challenger Darren Elkins danced around the octagon without much action. When the activity increased, Swanson landed a right hand strike to Elkins’ jaw that sent him pummeling to the mat. Elkins found his way to his feet, only to be knocked back down thirty seconds later. Seconds later, Swanson put an exclamation point on his performance with a backwards spinning roundhouse kick to the side of Elkins’ face. He crumpled to the mat, clearly unaware of where he was. Referee Herb Dean immediately put a stop to the fight.

As much as congratulations are in order for Derrick Lewis, I must say I was disappointed in his post-fight interview. The first disappointment came when he made an excuse for losing to Ciryl Gane in his last bout. He claimed that his “mind wasn’t in the right place” going into the fight. That sounds like an excuse. How can your mind not be in the right place going into a fight for the interim heavyweight championship of the world? What else could be more important than a title fight? The second disappointment came when he said he did not want another five round fight and would only accept a title fight if they reduced it to three rounds? “Excuse me?… come again?”… This man is a knockout artist; there’s no debating that. But if he doesn’t have the discipline to get in shape for a five round fight, he will never be a champion. Furthermore, if he can fight on a pay-per-view main event and lose sight of what’s important, he does not deserve another fight of that magnitude.

The UFC is taking a short hiatus to allow their staff, and the athletes on the roster to celebrate Christmas and New Year’s with their families. Fight Night will return on January 15th with a main event featuring featherweights Calvin Kattar and Giga Chikadze. As always, we’ll have all the latest updates about the outcomes of the fights as well as in depth analysis available right here at World In Sport! 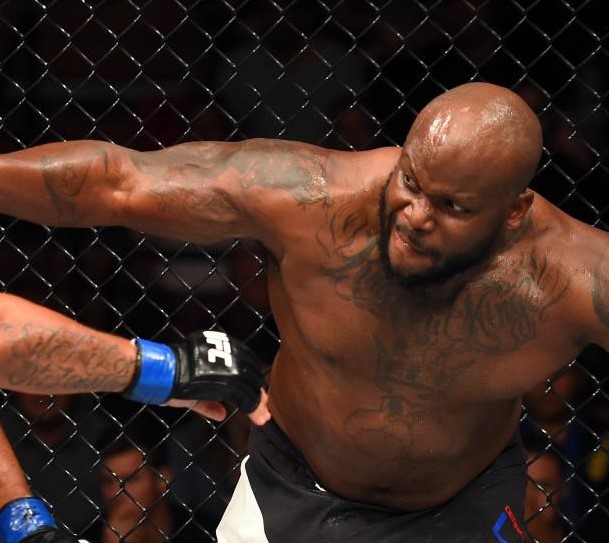