At Payback on Sunday Cesaro took on Sheamus for the United States championship in match that saw Sheamus retain the title. The feud is still continuing and will most likely finish at the money in the bank pay-per-view on Sunday 29th June 2014.

The match saw Cesaro and Sheamus trade strikes and throws back and forth until Cesaro took the upper hand and hit his signature swing on Sheamus, as Cesaro went to grab Sheamus he surprised Cesaro with a small package and won the match.

This was unpredictable however it may have been the wrong decision. It’s no secret that the US title is of very little relevance and it needs whatever it can to look good which is why it would have been logical to have Cesaro take the title of Sheamus.

At this moment in time Cesaro is the recipient of a push that will most likely see him enter the main event scene so why not have him take the US title on the way?

With Cesaro in the middle of a push he’s receiving a lot of television time.

Imagine having Cesaro as the US champion along with Paul Heyman to hype him and the title up to the crowd, the US title would receive an immediate rise in prominence which must be good for business.

This doesn’t mean to say that Sheamus isn’t a suitable candidate for the US title, he does have some credibility as a wrestler but it’s very obvious that he has no direction at the moment and when his programme with Cesaro finishes he will fade.

WWE is in a position where its secondary titles don’t do anything for the holder, of course part of this is because they are guilty of handing those titles to unworthy wrestlers like Santino Marella and Zack Ryder.

This will ultimately make it so that fans will tune in to see more wrestlers.

Cesaro has been rumoured to be the front-runner for the money in the bank ladder match winner this year so if WWE are planning to have him win the briefcase and become the new WWE world heavyweight champion then his loss to Sheamus is excusable however WWE can’t continue to do this in the future with main event pushes. 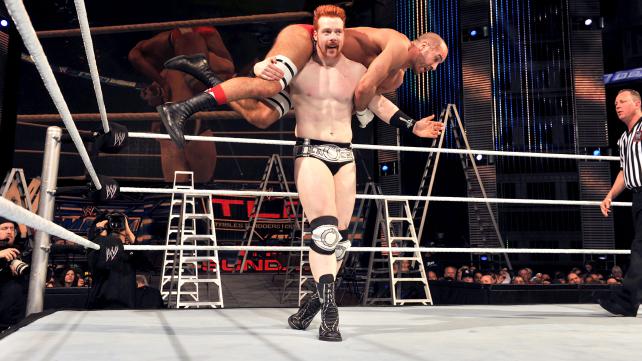