Manchester United have made a club-record £35m offer for Chelsea’s Juan Mata, the Spaniard is currently out of favour at Stamford Bridge and has found his chances limited this season under Jose Mourinho.

United are in need of a playmaker that can score goals, since they have struggled to hit the back on net since the losing Wayne Rooney & Robin Van Persie due to injury.

Mata was part of the squad that won the World Cup in 2010 and European Championship in 2012.

United have denied making an official offer, but an initial bid has been tabled through intermediaries acting on behalf of the Premier League champions.

Mata missed training on Tuesday and it is thought that talks have progressed since, should the transfer be completed. It will top United’s current record buy which was the £30.75m fee for Dimitar Berbatov in 2008 from Tottenham Hotspur.

In tonight’s United match day programme in a game against Sunderland, manager David Moyes said: “A lot of the work we are doing now is preparation for the summer,”

“If we can do any business now then we will certainly try to do it, but I will not compromise the standards required for a player that can come into this club and help improve it.”

Chelsea boss Mourinho, 50, said last week that while he understood it was “hard” for Mata to sit on the bench, the Spaniard still had a “big role” to play at the club.

With Mourinho preferring Eden Hazard, Oscar and summer signing Willian as attacking roles, it would seem that Mata would be used as bit-part player.

“He is an unbelievable player and a fantastic boy who is trying his best to adapt.”

A transfer to United would be the best move for Juan Mata, the midfielder has been substituted in nine of his 13 Premier League appearances for the Blues this season. 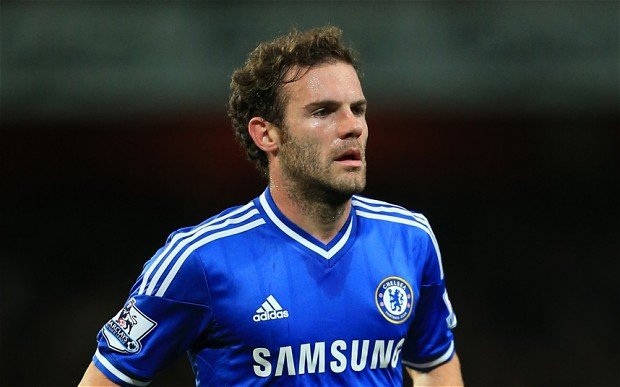