On Monday, the New Zealand national rugby team touched down in Chicago ahead of the first match against the USA Eagles, in America, since 1980.

While they went largely unnoticed in the metropolis, the All Blacks will, undoubtedly, make a tremendous impact on the field this upcoming Saturday against the USA.

Over 61,000 people will turn up to Soldier Field, home of the Chicago Bears, to witness one of the most dominant teams, in any sport, ever. But what are we supposed to make of the USA Eagles?

Some reports have been calling this game worthless because of the disparity between the level of play between the USA and New Zealand.

While the distance between the number one team in the world and the 18th is vast, it does great disservice to the host nation to write this game off as a formality.

The United States rugby team boasts a strong history that began in 1912 with a loss to Australia, 12-8. From this point, the popularity of rugby has ebbed and flowed throughout the decades, but recently taken a positive turn.

Rugby is the fastest growing sport in America. Take a moment to let that settle. From football, baseball, hockey, soccer, and all other conceivable sports, rugby is growing at a rate that outpaces them all.

Over the recent decades, this growth has allowed the USA to produce rugby players that even the All Blacks would have to respect.

Of the 35-man roster released for the upcoming test calendar, 16 currently play professional rugby overseas, both in the Northern and Southern Hemispheres.

Todd Clever, the captain and most experienced player in the current squad, plies his trade as a flanker in Japan for the NTT Shining Arcs. Clever is most well-known for being the first American rugby player to play in the Super Rugby competition, where he played for the Golden Lions of South Africa.

Before this, he spent a season playing in New Zealand’s domestic competition, the ITM Cup, with North Harbour. With 59 international caps to his name, Clever will need to be the experienced rock that the Eagles stand on if they should hope to cause one of the most astonishing sporting upsets.

Chris Wyles will suit up as the Eagle’s fullback when they run out against the men in black. Having represented the USA 44 times in the past, Wyles is looked upon as another leader that can help turn the tide in the USA’s favor this Saturday.

Since 2008, Wyles has been a mainstay in the Saracens match-day team as they play in the top-tier competition of England’s rugby union, the Aviva Premiership. With Saracens, Wyles has made over 150 appearances and has shown his attacking prowess with both his speed and his kicking abilities. Undoubtedly, Wyles will be involved in any scoring opportunity that the Eagles will see this weekend.

Samu Manoa represents everything that America loves in their athletes: big (he stands at 6’7″ and weighs in at roughly 270 lbs), strong (he is considered one of the “Bruise Brothers” among his club teammates), fast (as often as he loves to run over his opponents, he has the extra pace to make valuable meters after breaking through the gain line), and versatile (he plays at both lock positions, either flanker position, and the number 8 position). This past weekend he made his 100th appearance for the Northampton Saints, the team for which he has twice been awarded the player of the year honor. Last year, Manoa helped the Saints to their first ever Aviva Premiership title. If Clever is the rock and Wyles is the tactician, then Manoa is the man to lead the Eagles’ charge, headfirst, into the All Blacks.

With players of this caliber, the Eagles can be expected to put on a good showing, much the same way they did against the New Zealand Maori’s last year. Yet, even as a diehard USA fan, it is hard to see the opposition as anything but insurmountable. But this is what America loves in our sports stories: the underdog. We love our ’85 Villanova Wildcats, our ’04 Red Sox and Pistons, and our ‘Miracle on Ice.’ That is why every American rugby fan, and some newcomers to the sport, will be fixed to our seats this Saturday, hanging on to every linebreak, chip kick, crunching tackle, drop goal, and try, fascinated by the clinical nature of the All Blacks and the heart of the Eagles. Who knows, maybe this game will be the catalyst that turns America into a rugby nation. 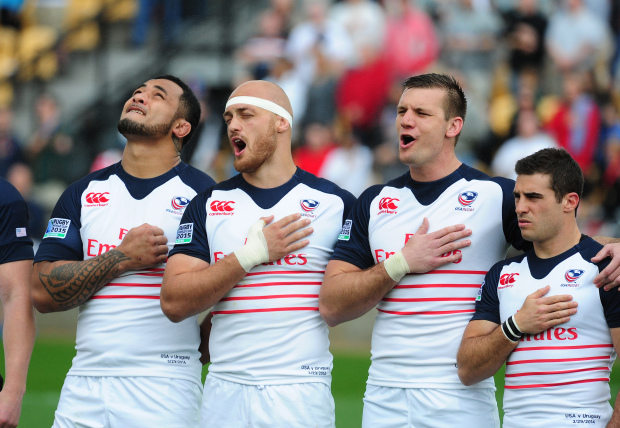