This week the Mexican Grand Prix announced that it would be staying on the Formula 1 calendar at least until 2025 which fans had mixed views on, some enjoy the circuit a lot yet some say that the track does not offer as much entertainment as other tracks would do so.

This Sunday the race started off as being one that wasn’t very interesting nor did it have much entertainment, it was a very strategic-based race which we witnessed predominantly through the fight between Red Bull and Mercedes.

Despite there being little to no drama on track, we were treated with obscene off-track drama. One of Sky Sports broadcasting, known as “Ted’s Notebook”, had caused a little upset within the fanbase and the paddock as a whole. Ted Kravitz was speaking after Qualifying about the positioning of the Mercedes for the race on Sunday, however, while doing so, he elated his comments about the Championship in the previous year.

“[Hamilton] doesn’t win a race all year, and then finally comes back at a track where he could win the first race all year, battling the same guy who won the race he was robbed in the previous year and manages to finish ahead of him,”

“What a script and a story that would have been. But that’s not the way the script turned out today, was it?

“Because the guy that beat him after being robbed actually overtook him, because he’s got a quicker car, because of engineering and Formula 1 and design, and pretty much because of [Adrian Newey, Red Bull’s Chief Technical Officer] over there.”

In response to Ted Kravitz’s comments, Red Bull decided to ignore the entire Sky Sports (Sky UK, Germany, and Italy) department for the rest of the week, not giving interviews after Qualifying as well as Christian Horner deciding not to participate in being on the pit wall for Sky during the race.

Max Verstappen took the flag to claim first place for the Mexican Grand Prix, after a great strategy it meant that he was able to keep his lead against Hamilton and that he was comfortably able to claim his 14th win of the season, the highest amount of wins that Red Bull has ever achieved in a season, as well as the most wins to ever be gotten in a single season, a record that was previously held by Michael Schumacher (13) and Sebastian Vettel (13).

In addition to breaking that record, he also broke the record with the most points scored within a single season and he still has 2 races to go. Verstappen is now on 416 points in the Championship, this record was previously held by Sir Lewis Hamilton who scored 413 points in 2019.

Yet despite breaking this unbelievable record, Verstappen still doesn’t consider these records to be entirely “justifiable”:

“I’ve said before that we are also doing more races a year,” Verstappen said. “So they are not always justifiable.

I mean, I think, yeah, we are having an amazing season, but of course when you have a great car, you can win a lot of races.

“But of course I’m proud of winning a lot of races, but I don’t really look at these kinds of stats. I’m just happy winning races.”

Whether he likes it or not, the records that he has broken will be entering the history books, and I’m sure that when he looks back on his career, they will provide great sentimental value for him.

Daniel Ricciardo had performed a world-class drive in the Mexican Grand Prix and it reminded us fans of the Daniel that we had seen before.

Ricciardo was having a pretty average race and was bunched up within the middle in a DRS train, yet throughout the race, he started to make places up, with him on faster and fresher tires than the rest of the field, he and McLaren believed that it could elevate him into the points and close the constructor gap to Alpine.

Daniel had made a poor error while making an attempted move, he dived down the inside of Yuki Tsunoda colliding with him which would lead to the end of Yuki’s race. The stewards then decided to give Ricciardo a 10-second time penalty which everyone thought would throw Daniel out of contention for points.

We were all proved wrong! Ricciardo picked up massive pace and was on a charge towards the rest of the field, after being let by his teammate, he was let loose and ended up overtaking the Alfa Romeo of Valtteri Bottas and both of the Alpine cars but he didn’t stop there. He would go on to pull over a 10-second gap to Ocon meaning he managed to secure a crucial P7 for the team.

Despite not having a seat for next year this massively proves that Daniel Ricciardo still most definitely has that fighting spirit in him and will not give up right until the end.

The result of today means that McLaren is only now 7 points behind Alpine, the constructor’s battle between the two really will go down to the wire and will most likely be determined at the final race of the season, in Abu Dhabi. 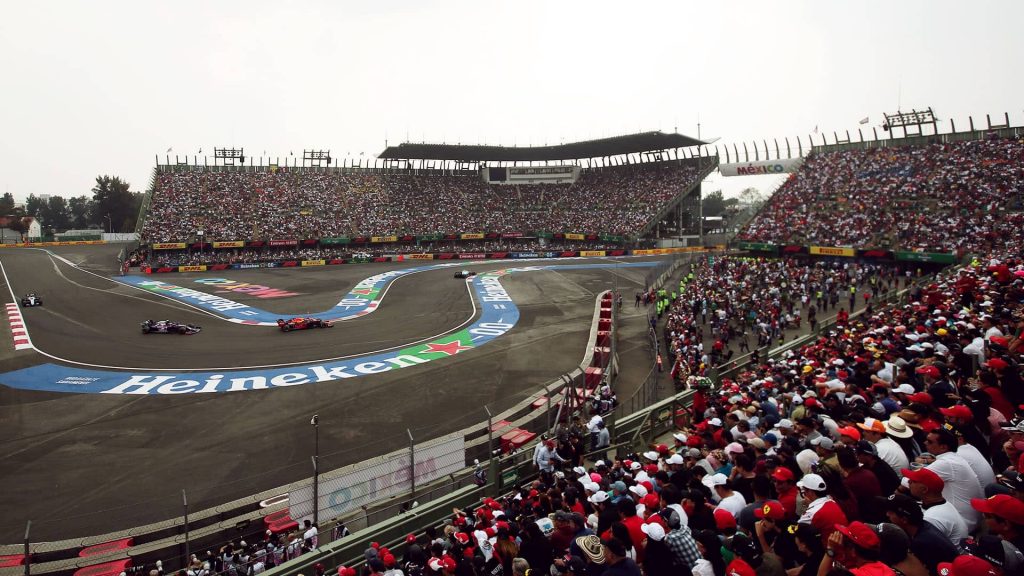