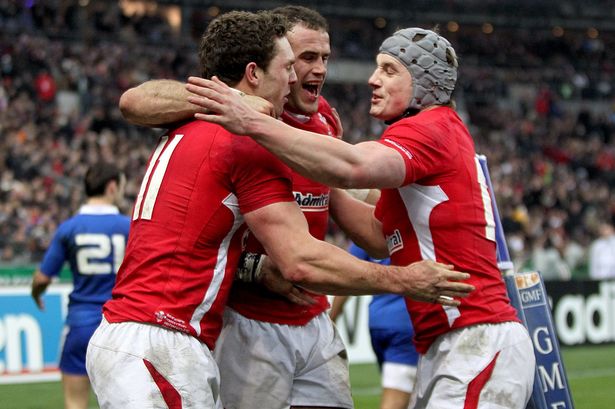 Wales will embark on their quest to become the first country since the turn of the Millennium to land three consecutive Six Nations titles in a row and Warren Gatland will head into the rugby union showpiece at the weekend in a positive mind as the reigning champions host Italy in Cardiff in the first game of a tournament that should provide some tremendous thrills and spills over the next couple of months.

Gatland has already made a brave call in not selecting talismanic skipper, Sam Warburton, in his starting XV as he looks to recover from a shoulder injury, but the Welsh team still oozes quality throughout its ranks and with British Lions hero, Leigh Halfpenny, ready to sparkle on the big stage once again, it’s no surprise to see them installed as the 9/4 favourite to record a hat-trick of victories in the competition.

Whilst Wales appear to have a comfortable start at the Millennium Stadium against the 200/1 outsiders Italy, there will be a sensational clash in Paris as France welcome England to the capital and this contest could well make or break the challenge of either nation for the prestigious crown, whilst aspirations of a Grand Slam will end after 80 minutes in the French capital.

Stuart Lancaster is expected to name a whole host of new faces in his English team and emerging stars such as George Ford and Luther Burrell could be a couple of household figures come the end of the tournament and if Lancaster can gel the new blood quickly, then they will fancy their chances of bagging glory, for which they are just behind Wales at odds of 5/2.

France will no doubt play in their own inimitable style but in recent times, ‘Les Bleus’ have somewhat produced a mixed bag of performances at the highest level and that is why they are third in with the bookmakers at 11/4, but a victory over England in their opening fixture will certainly be a encouraging catalyst for the mercurial outfit.

Ireland haven’t tasted success in the Six Nations since 2009 when they bagged that coveted Grand Slam crown, but with the presence of two accomplished world class performers in Brian O’Driscoll and Jonathan Sexton, you can never discount the Irish and at 6/1, many of the Emerald Isle faithful will be digging deep into their piggy bank to place a few Euros on their team.

Scottish rugby fans have certainly been in the doldrums over the last few years and they haven’t tasted Six Nations success since 1999 and Betfred don’t expect their luck to change in this year’s tournament as they offer 50/1 for them to bag the crown and their lack of top class players is sure to hinder their chances and they are more likely to be fighting out with Italy for the dreaded wooden spoon.

In such a wide open competition, it comes as no shock to see the bookmakers offering odds-on about there being no Grand Slam winner and the 4/6 on offer with William Hill could be a betting proposition for favourite backers, whilst the top try scorer betting markets offers an intriguing sideshow and Wales speedster George North is an eye-catching 15/2 shot, with the aforementioned Halfpenny as big as 50/1 with Bet Victor.

It’s tough to call but Wales set a very high standard based on their efforts in the last couple of years and given their start compared to England and France, the holders are taken to land a third Six Nations title and a Grand Slam to boot cannot be discounted.