Arsenal manager Arsene Wenger has confirmed that Theo Walcott underwent surgery on his damaged knee, Walcott went under the knife after injuring his knee during the Gunners’ FA Cup third-round win against Tottenham earlier this month.

While The Frenchman remains positive of him making a full recovery, he also reiterated that the forward would not recover in time to feature in England’s World Cup plans this summer.

While Theo had been ruled out for the rest of the season, there was talk that Walcott could potentially return for the 2014 World Cup in Brazil.

Arsene Wenger put an end to that talk, dismissing the idea when confirming that Theo’s operation went well

Arsenal will be taking on Fulham this Saturday as they look to maintain their title challenge and keep their 1st place league position.

Arsenal has been hit with more injury woes, Monreal and Tomas Rosicky could miss the Emirates Stadium clash after they were both forced off with injuries in the win at Aston Villa on Monday.

“Monreal looks a doubt for Saturday, a big doubt, because he twisted his foot on the kick. It is not the bruise, he turned and twisted the ligament,” Wenger said. “Rosicky had surgery with a general anaesthetic for a broken nose in two places. With a mask he may be available, but we have to monitor it closely.”

Wenger also went on to add that he has some updates regarding players working their way back to fitness.

“[Aaron] Ramsey and [Mikel] Arteta are both out for this game. [Thomas] Vermaelen too,” he said. “I personally believe the three will miss the Coventry game [in the FA Cup next week] as well and will be available after that. [Nicklas Bendtner] has a little chance to make Coventry. But in all probability it will be after that.” 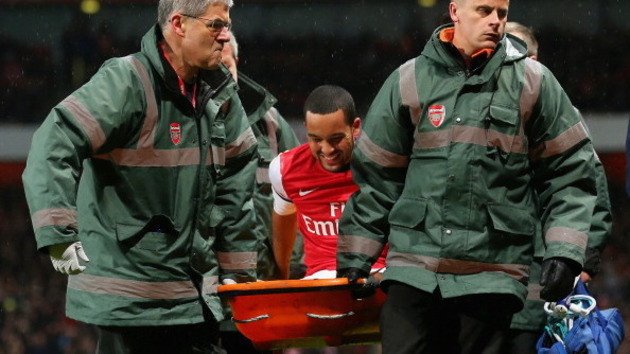