It’s taken some time to sink in but now wrestling fans all around the world are aware that Daniel Bryan is the WWE world heavyweight champion.

For WWE fans that have stuck by him since the beginning this is something great as it signals a potential changing of the guard and it’s about time, since just about everybody who actually knows something about wrestling is bored to death of seeing John Cena being pushed like there’s no tomorrow.

Daniel Bryan being in this position does raise one big question though. What can he bring to the table as the champ?

Daniel Bryan has never really been this prominent as a wrestler on WWE programming but now that he is it means that part of the spotlight will be on him and if the show begins to tank he’s also liable for it.

Whether you like him or not, the one thing that everybody can admit about John Cena is that when he’s headlining a show, it will draw ratings however Daniel Bryan is unproven.

It’s true that he has a loyal fan base that fills out every arena he enters with yes chant.

However, CM Punk was hugely over during his time as WWE champion and WWE programming was turning out mediocre ratings during that time.

Wrestling skills and being hugely liked by the fans isn’t enough to lead the company through an era. Daniel Bryan is good however there’s something that separates him from the Stone Cold’s, The Rock’s & the Hulk Hogan’s and it’s only a matter of time before the everybody finds out if he has that ‘it factor.’

With all that being said something that Daniel Bryan does bring to the table is a breath of fresh air, WWE have a habit of recycling feuds that they want to mean something, earlier this year most fans will remember that John Cena was involved in a feud with Randy Orton which resulted in one of the worst crowd reactions to a match in recent memory.

At this point it’s impossible to make that mistake with Daniel Bryan as the only person in recent memory that he has feuded with is Randy Orton and right now he’s involved in a feud with the shield, WWE will book Daniel Bryan however they please but as a character it’s down to Daniel Bryan to prove that he can be beneficial to the company. 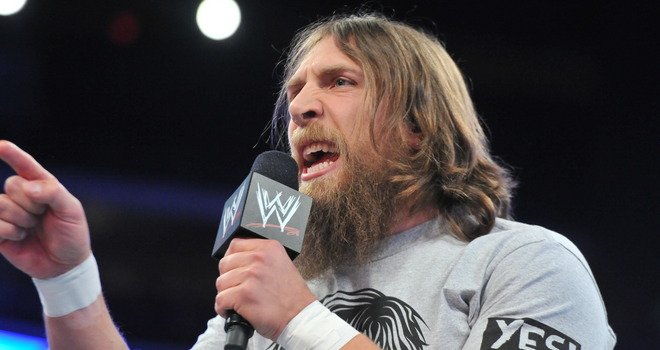