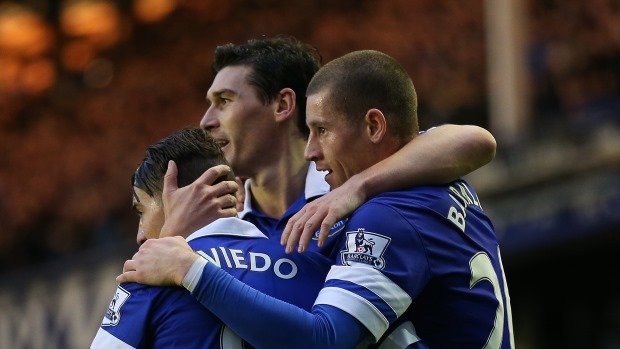 Sheffield United, Rochdale, Macclesfield and to a lesser extent Swansea provided the main shocks of the FA Cup Third Round at the weekend. Sheffield United conjured up a superb 2-1 victory away to a lacklustre Aston Villa, whose dire performances at home plummeted to a new low. Elsewhere, Rochdale upset Leeds United, who are two divisions above the League Two side, whereas the Conference Premier’s Macclesfield Town held Championship side Sheffield Wednesday to a 1-1 draw.

In the final game of the weekend, Swansea stunned Man Utd at Old Trafford after Wilfred Bony grabbed a last-gasp winner to send the Welsh side through, whilst simultaneously piling the pressure on Red Devils boss David Moyes. It was only the second time in 30 years that United had lost at this stage in the competition, and more worryingly, they have now suffered four defeats in their last six games at Old Trafford, in all competitions. Things didn’t get any better at Sunderland on Tuesday either as United were beaten once again, this time at the hands of Sunderland in the first leg of their Capital One Cup Semi Final.

Whilst the panic button has been hit just yet at Old Trafford, there are serious questions beginning to be asked about whether Moyes is the long term solution to replace Sir Alex Ferguson.

Hat-trick of victories for Arsenal, Chelsea and Liverpool

Whilst Man Utd may have crashed out, the other Premier League “Big Guns” all progressed through to the Fourth Round, although the seemingly comfortable scorelines were not the whole story. While Arsenal simply outclassed fierce rivals Tottenham, it was not the same for Chelsea and Liverpool who were made to work hard for their wins over lower league opponents. The Blues had to wait until the 66th minute to make the breakthrough against Championship side Derby, whilst the Reds struggled at home to League One outfit Oldham, in what was a disappointing performance by the hosts, who eventually won 2-0.

Could Everton go all the way?

Everton last won the FA Cup back in the 1995, with their most recent Final appearance resulting in a 2-1 defeat to Chelsea in 2009. However, under new boss Roberto Martinez, they have enjoyed an excellent start to the current season and on Saturday, they exploded out of the FA Cup blocks with a comprehensive 4-0 victory over Championship high-flyers QPR.

The Toffees should swat away the challenge of Stevenage in the Fourth Round, and after that, they will fancy their chances of going all the way. Martinez’s confident in-form troops can currently be backed at a decent looking 9/1 to end the drought and win the famous trophy for the sixth time in their history and whilst a top four challenge in the league may take priority, the Spaniard will be eager to start his tenure on Merseyside with some silverware.

The Fourth Round draw proved to be a real disappointment, with little to get excited about ahead of the games on the weekend of the 25th January. Arsenal have been handed a straightforward tie at home to League One side Coventry, Chelsea face Stoke, while Liverpool travel to the winner of Bournemouth/Burton Albion. Elsewhere, Man City should they beat Blackburn, will host either Bristol City or Watford.