Skip to content
You are here
Home > Rugby League > What’s in store this year in the NRL?

It’s been a long wait for the new Rugby League season to start, but it’s almost here. Next Thursday night the Rabbitohs will face off against the reigning premiers the Sydney Roosters. A mouth-watering clash as both teams will be looking to flex their muscles and get a one-up against arguably their biggest rivals.

So, what can we expect in 2014? Can the Roosters win back-to-back premierships? Can the Eels find some form and get themselves off the bottom of the table? Can NSW finally win an Origin series? Yes, Yes and Yes.

The Roosters are going to be hard to beat this year as they always are. They have massive forwards with the likes of Sonny Bill Williams and Jarrod Waerea-Hargreaves. The current NSW halves pairing in Mitchell Pearce and James Maloney and speed on the flanks with Roger Tuivasa-Sheck and Daniel Tupou, they will likely to be in their top tryscorers.

It’s hard to find a weakness, and I think the only thing that could stop them from winning a second premiership in as many years will be injuries to their key playmakers to the likes of Sonny Bill, Pearce and Maloney.

Onto the Parramatta Eels. Now I think they can be a competitive team again this year. They have recruited well in the off-season with Corey Norman, Will Hopoate, Nathan Peats and Justin Hunt being added to their roster.

Parramatta’s big name players have to step-up this year as they have been well below their best the past few seasons.

Jarrod Hayne, Chris Sandow and FuiFui MoiMoi all need to fire-up for the Eels, as they will have to play at their best to climb up their ladder. I believe they can.

Now i’m not saying they can reach the finals this year, but they will definitely give it a shake up.

Ah, Origin. I’m a New South Welshman and I have been living in Queensland for the past 6 years and hasn’t it been fun? Every year when Origin comes around workmates often just yell ‘Queenslander’ to me for the whole series and I always reply the same. “We’ll win it this year”. And i truly believe we can this time.

It’s going to be hard and we will need all the luck to go our way. The Blues will have the strongest side in years and Queensland’s pack is ageing, so now is the time to strike.

While I don’t think Mitchell Pearce should be our No.7, watching Adam Reynolds last year in some important situations, he seemed to let the pressure get to him. Now i hope with another year under his belt, Reynolds can take the spot off Mitchell Pearce but if he doesn’t fire early, I think we may have to put up with Mitchell again.

While all you Queenslanders are probably laughing at me right now, I’m confident the Blues can finally get back on the winners list.

Although with players like Slater, Smith, Cronk and Thurston, it’s not going to be easy.

I predict North Qld to make the Grand Final this year, and if they don’t crumble under the pressure of being on the big stage, they could take it out for the first time in their history.

On the other end of the scale, I think Canberra and Gold Coast are going to have a tough year and may find themselves fighting each other for the wooden spoon. 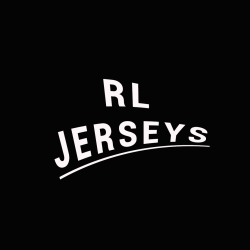 I love all sports but my main interests are in Rugby League, Football and Cricket. I live in Austral...
0