It’s the beginning of a new era at Cardiff City and Russell Slade has been tasked to put the pieces back together that Ole Gunnar Solskjaer left behind. Slade said on Friday that the squad is “too large” and admitted that he needs to cut down on the number of players at the club.

Cardiff City now have 31 first team player, with a further seven out on loan so there’s no wonder there has been talk of players already planning to leave when the transfer window open in the new year. Because of this I decided to make my judgement on who I think should leave. I’ll be sticking to first team players and players that aren’t out on loan only so I wont be mentioning the likes of Etien Velikonja or Fillip Kiss (now at Ross County).

He’s the only defender on the list but he needs to go. I’m not saying he’s a bad player (far from it) but he can’t even make the bench. Signed as a free agent after his contract with Sevilla was terminated but mutual consent, Cala is yet to show what he can off the team. He was suspended for the opening two games of the season and as a result got over looked. Cardiff signed Sean Morrison and Gabon International Bruno Ecuélé Manga in the summer and those two are looking very solid at the back. To add insult to injury, when Ben turner returns from and a few weeks he’ll be even further down the pecking order. A player of his quality shouldn’t be left mingling with the fans on match days, as he’s been doing under the family stand.

Another Spaniard left mingling on match days, Javi Guerra looked very promising in pre-season. He was one of the most efficient strikers in La Liga last season, but now can’t even make the bench. He joined with a pre-contract agreement that would be invalid if we were relegated but after his earlier club, Real Valladolid, were relegated too he decided to join anyway. But I would bet he regrets that decision now. He’s made 5 appearances so far this season but has only started once and that was in Cardiff’s 3-0 league cup defeat to Bournemouth. Rumours have since arisen that the only reason he and Juan Cala play that game was because there were scouts in attendance to watch them.

Kim Bo is a fan favourite but he’s yet to make an impact this season.  When he signed it took him a while to get into the team regularly under Malky Mackay but we were all looking forward to seeing what he could do, especially after his heroics at the 2012 Olympics that earn South Korea a Bronze medal. But two years and two managers later and the story is very much the same. He’s one of those players that needs a good run in the side in order to perform on the pitch but unfortunately with a squad like ours, if you don’t perform you don’t get another chance.

When Eikrem was signed my Solksjaer in January we were promised a like for like replacement for Peter Whittingham, at least by what we saw on YouTube. His vision of the game seemed second to none and his set pieces seemed to be just what we needed because honestly, that’s all Whitts was good for in the Premiership. But we’ve seen none of that. It’s arguable that he hasn’t had a chance to prove himself but he didn’t perform in pre-season or the league cup and that’s just not good enough.

This was a hard one but he’s another player whose too good to be left out all the time. Maynard’s been playing well when he’s been given the chance but just hasn’t had a good run in the side to prove himself. He was one of the best player against Coventry in the league cup and was rewarded with a start in the next league game but didn’t do the job. He was out for over a year when he torn is ACL in the promotion winning season and went on loan to Wigan Athletic to get him the much-needed game time he deserves, yet this season he has been placed at the bottom of the pecking order with the likes of Kenwyne Jones, Adam Le Fondre, Federico Mecheda (who almost made this list) and Javi Guerra all above him.

Another issue for Maynard is Joe Mason. He’s coming back from Bolton in January and I’m sure Russell Slade will want him in the team. He’s been on fire this season and even netted a hat-trick aswell so I can’t see Maynard standing a chance against the young Irishman. The other problem is where would he go? We don’t want him helping a fellow promotion candidate and I can imagine he’d go to the premiership or league 1.

So those are my top 5 that I think should leave, who are yours? Let me know on Twitter and check out some of my other articles too. 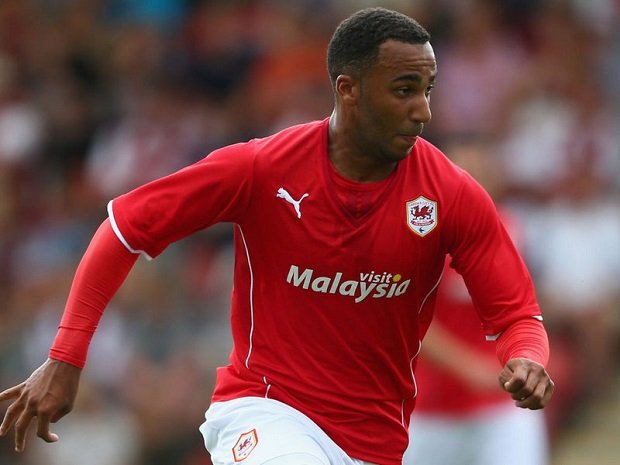