The Copa America 2015 has already been underway for over a week and so far host team Chile are living up to their expectations to come out on top. The hosts are big favourites to win the tournament and have been throughout the build up to the competition. After a disappointing 3-3 draw against Mexico, the side, fans and indeed the odds remained and remain confident the host team will conclude victorious.

Indeed Chile didn’t let the poor result affect them for long and ended the group stages on top with two wins out of three and an impressive goal difference of seven after thrashing Bolivia 5-0. Current betting odds offered by Bet365 for Chile to win are 3:10.

Based largely on Lionel Messi’s Brazil world cup performance, Argentina had been predicted the most likely to give Chile a real run for their money. However, their disappointing performance in the first two matches suggests that Chile needn’t be too worried. While Argentina has managed to secure their position in the knockout stages thanks to a win against Uruguay, they are going to have to rapidly improve in order to pose any real threat the host team.

Current football betting odds on Argentina to take the championship are 4:6. The 1-0 win against Uruguay may not look particularly impressive on the scoreboard but the skills we all know the Argentinean team is capable of were certainly apparent and on display during this last match. Whether or not they can produce a similar performance going forward will be crucial.

Of the 12 teams that started the competition, we’ve already said goodbye to Mexico and Jamaica, while the losers of group C is still to be determined. As they are not part of CONMEBOL, Mexico was one of two countries (the other being Jamaica) to be officially invited to join the tournament.

Their short-lived and disappointing attempt, will leave the team demoralised and with a lot to prove proceeding and during the coming Gold Cup tournament. Mexico’s early departure from group A, leaves Bolivia joining Chile with secured places in the Quarter Finals, and Ecuador still in the running for one the two third team places. Current odds on Bolivia seeing it through to the end are 1:25 while Ecuador currently stands precariously at 1:15.

As with most football tournaments, the Copa America is proving popular with patrons of bookmakers and casino sites, with many of the most popular websites including Bet365 and 888 Sports taking a lot of bets relating to the competition.

Brazil also remains a firm favourite with many people taking the 2:9 odds, suggesting a belief in the Brazilian to make a turn around from the 2012 World Cup embarrassment to see this tournament through to the end. Betting on results has become a big part of most football tournaments with sites including William Hill and Sports 888 being amongst the popular.

Another excellent and highly popular site for gambling info and comparisons in Arabic is saudicasinos.com, which offers a number of sports and more classic casino style reviews and bonus tips. 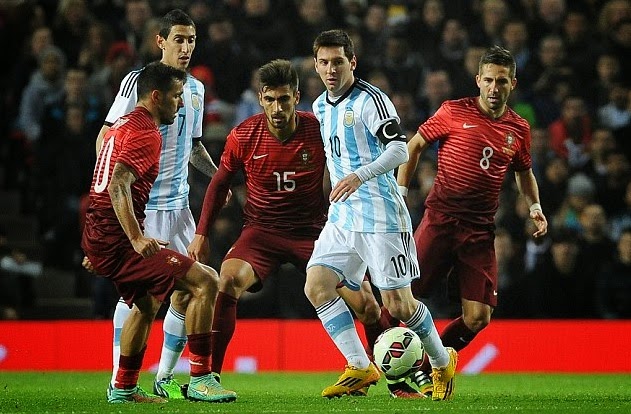