Seeing as It is the end of the season, we all know that George Russell is now officially a Mercedes driver and will partner up with Lewis Hamilton for the 2022 season.

The speculation of the Brit joining Mercedes started at the very beginning of the season, with most assuming that he could potentially join half-way through the season to replace the poor preforming Bottas, however the idea of that was dismissed and ruled out by Toto Wolff a few rounds ahead of the transfer window, which is at the Belgium Grand Prix.

A transfer did not happen at the Belgium GP however, it was confirmed and announced at Belgium race-week that George Russell would be replacing Bottas for next season and the foreseeable future.

Why Could This Transfer Go Sour?

As much as fans may say that having Russell and Hamilton on the same team could potentially dominate the next season, it could also potentially bring back the rivalry that Lewis Hamilton and Nico Rosberg had.

The pair of them were teammates between 2013-2016, and that pairing had ended only due to Rosberg retiring after winning the World Championship.

Mercedes would obviously go on to get Bottas in which he would deliver and preform as a perfect teammate to Lewis Hamilton and Mercedes as a whole. However, since Russell has joined it has now been said that potentially we could be seeing this battle happen again between the pair of them.

George Russell will be looking to come into the team and show his worth straight away and attempt to show his title winning ability to Mercedes and the world. It is very unlikely we will see Russell backing down and not pushing his hardest so we as fans could expect some interesting racing between himself and Hamilton let alone the other cars on the grid.

How Can This Benefit Red Bull?

Even though Mercedes may now have a stronger pairing in skill wise, it doesn’t mean that they work together as teammates as well as Red Bull and some of the other teams.

We’ve seen that some of the teams have driver pairings that work extremely well together and can work as an actual team in-order to get important results. Many times in the past season we saw drivers defend and attack for their lives just in-order to help, a great example of this would be Alonso having to defend against Hamilton so Ocon could win the Hungarian Grand Prix.

However, as much as Mercedes have had this connection in the past years between Bottas and Hamilton, it’s unlikely that we will see that again for the time being, unless Toto Wolff has made it clear to both drivers that he doesn’t want the same situation he had previously.

If both drivers are to get in to the way of each-others progress and race it could potentially end with the pair racing too hard and allowing other teams to capitalise on their mistakes and fighting.

What Could This Actually Mean For Mercedes?

This could mean one or two things for Mercedes, they will either have a completely dominant season and be ahead of the rest of the field, or they will get in the way of each other halting progress allowing others to catchup.

As well as Russell and Hamilton having their own specialities in certain areas, they will both also have to adapt to the new car and see who can adapt quicker to the new era, another aspect to take into place is what will the performance of the car actually be? It has currently been rumoured that Mercedes have found something which will give them a large lead from the rest of the teams.

But bar the technical aspects of the car and the performance in it we can seriously expect some intense racing between the pair of these two. They both can push each other on in different ways and throughout the season they could maybe be both fighting for the Drivers Championship.

Nobody is sure how Toto will handle the pairing, nor will we know how Russell and Hamilton treat each other. We could be in for a serious, fierce rivalry and an entertaining fight for the 2022 season. 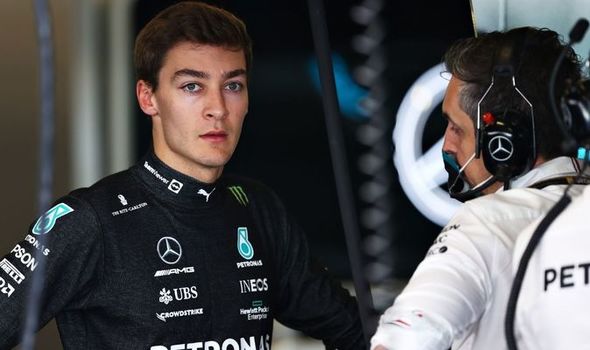