The Prancing Horse of Ferrari is Formula 1’s most successful team, entering the sport from the very start back in 1950. However, the Maranello-based team has gone through a dry spell in recent times, with their last constructor’s title coming 13 years ago in 2008, and the last driver to win a championship in the scarlet red is the now-retired Kimi Raikonnen a year previous.

Despite a sixth-place finish as recent as 2020, and eight years of Mercedes dominance in the turbo-hybrid era, here are the reasons why Ferrari could return to the pinnacle of motorsport.

The 2022 regulations, originally planned for 2021 but delayed for Covid, will make next year’s cars almost unrecognisable. The principal is to allow for closer racing, with the current cars struggling to follow in the wake of the dirty air of the car in front.

Winglets over the wheels, 18-inch Pirelli tyres, and a re-designed wing and nose concept are just some of the other changes that teams will have to deal with in this new era of Formula 1.

However, one aspect that will remain the same in 2022 is the power unit, after an engine freeze was agreed, which will likely last until 2025. Charles Leclerc in Russia, followed by Carlos Sainz in Turkey, saw the Ferrari drivers run the upgraded engine which largely contributed to their advantage in the fight for P3 in the Championship with Mclaren.

Ferrari’s power deficit has been clear to see since the “technical directive” arrived, largely translated to the fact that they were running an illegal engine in 2019. This was a major contribution to the downfall in 2020 which saw them finish a lowly sixth in the Constructor’s Championship.

Most appealing to Ferrari alongside the technical regulations will be the rules surrounding wind tunnels and CFD testing. The base figures supplied to allow a team within one aerodynamic testing period (of which there are six in a season) 320 wind tunnel runs, 80 hours of wind-on time (defined as when the air moves more than 15m/s), with teams allowed to spend a total of 400 hours within the wind tunnel.

To promote closer racing even further, handicaps will be applied to these figures based on teams finishing position in the standings the year previous. For finishing first, Mercedes will only be allowed 70% of the base figure, with Haas in 10th receiving 115% of the time allowed. This will allow Ferrari to gain a small advantage on predicted title rivals Red Bull and Mercedes into 2022.

Cost caps of $145m were brought in for the 2021 season in an effort to make the sport more sustainable and again in an effort to close the gap between the best and worst-performing cars on the grid. This means that teams such as Mercedes, Red Bull, and Ferrari will have to significantly reign in their spending, with each team reported to have budgets of over $400m per season. However, teams have known for some years that changes are coming, with the top-tier teams taking the opportunity to invest in infrastructure and personnel before cost caps came into play.

The top three teams in the sport are still likely to have major advantages into the new era, with Alpine racing director, Laurent Rossi, believing it could take until 2030 for these issues to be resolved.

Whilst all the focus was rightly on the title fight in Abu Dhabi, Carlos Sainz made a rather unnoticed podium finish, securing 5th place in the Championship standings, officially making him the best of the rest.

His achievements are even more impressive when you take into consideration that this is his first season racing for the Tifosi, driving a car that four-time world champion Sebastian Vettel largely struggled within 2020.

Sainz is paired alongside Monegasque teammate and two-time race winner Charles Leclerc. The 24-year-old is largely seen as one of the brightest young talents in the sport, backed up by the fact that Ferrari tied him down to a five-year deal until the end of 2024. Team Principal Mattia Binnotto has already confirmed that he will discuss a contract extension with Sainz over the winter period following his impressive debut season.

With a settled driver pairing, it could be argued that Ferrari now has the strongest lineup on the grid. 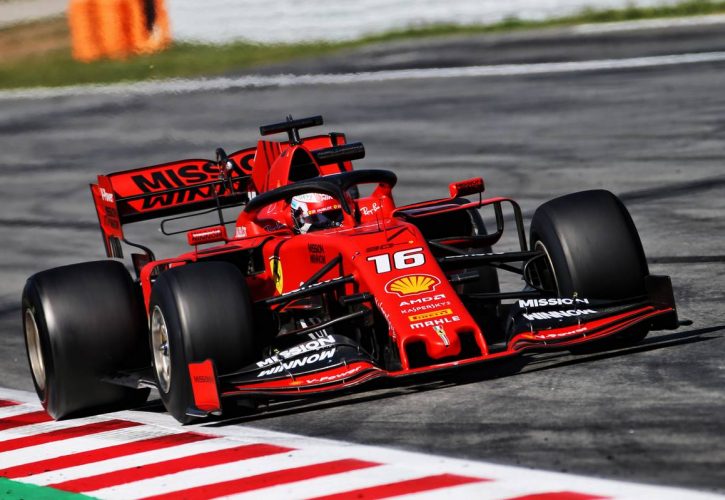