Portland, OR– The Portland Trail Blazers are off to a great start to this NBA season. With their 14-4 record,they would unquestionably be the top seed in the Eastern Conference,but they are in the Western Conference and reality has them as a third seed in the playoffs if the season ended today.

Pitted behind two resurgent talents in Memphis (1) and Golden State (2), the Blazers are in the mix but need some statement games to make their case for a higher seed.

Both the Grizzlies and Warriors have new coaching situations that have worked out brilliantly, but I don’t think that Portland’s Terry Stots will be headed anywhere anytime soon.

Maybe not even ever.

The Blazers, as the three seed, would go up against the sixth-ranked Dallas Mavericks. While not seeming like much of a red flag right off the page, the Mavericks pose a serious problem to Rip City’s title hopes.

Last season, the Dallas Mavericks were the eighth seed in the West and went up against the top-ranked San Antonio Spurs. Everybody that follows the NBA thought the Spurs would cruise but just the opposite happened.

Dallas took San Antonio the full length of the potential seven-game series and even though the Mavs got blown out in Game 7, the fact that it took the Spurs that long to knock off the supposedly weakest link in the West should be alarming so long as the teams stay relevantly the same (roster wise).

Dirk Nowitzki is getting the most rest that he has seen over the course of his career. Nowitzki & Co. were the team that beat the Heat and LeBron’s Big 3 in Miami first of several appearances in the Finals via LeBron James, Dwayne Wade, and Chris Bosh–a trio that everyone else in the league saw as nearly invincible.

But expect the Blazers to come loaded, they don’t want to let antics get the best of them. They need to not worry about any aspect of talk right now, they just need to leave it all on the court.

If they do that, they’ll make a deep run this postseason. I guarantee it. 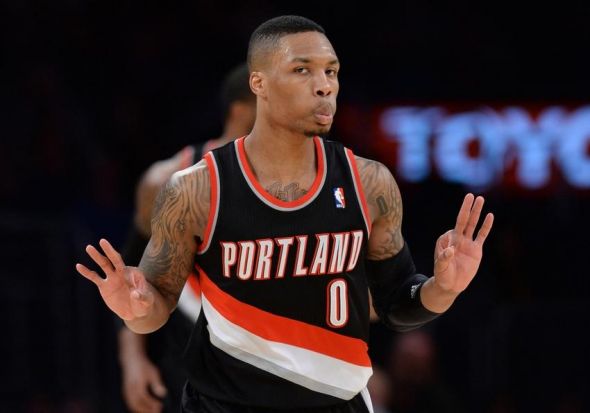