He is a mean lean walking triple double machine and his name is Russell Westbrook.

Night after night he continues to get over looked. If you ever watch his press conferences which happen to be some of the most entertaining moments ever, then you know he could care less about what others have to say about his game, but more importantly himself as a person.

“I don’t care, it don’t matter what he say.” “Who is he?” He said as he seemed impervious to Steph Curry’s words stating that he as a basketball fan would choose James Harden to win the coveted Most Valuable Player award over him. If that isn’t enough Steph Curry was named as a starter in the All-Star game over Westbrook who many believe should have gotten the nod instead.

Like many before him including the likes of Allen Iverson, Russell Westbrook uses that fortitude on the court. From diving, diming, and dunking, this man can do it all. As of march 18th 2017, via NBA.com Westbrook stats include 31.7 points, 10.5 rebounds, and 10.4 assists per game respectively. If he can keep this up he would be just the second player in NBA history to average a triple double for a season, Oscar Robertson being the other.

To be mentioned amongst the greats like Wilt Chamberlain, and Oscar Robertson is a victory in itself. Even with history working against him and with the Thunder’s so so record of 40-29, it is without a doubt in my mind that Russell Westbrook should be named Most Valuable player for the 2017 NBA season. 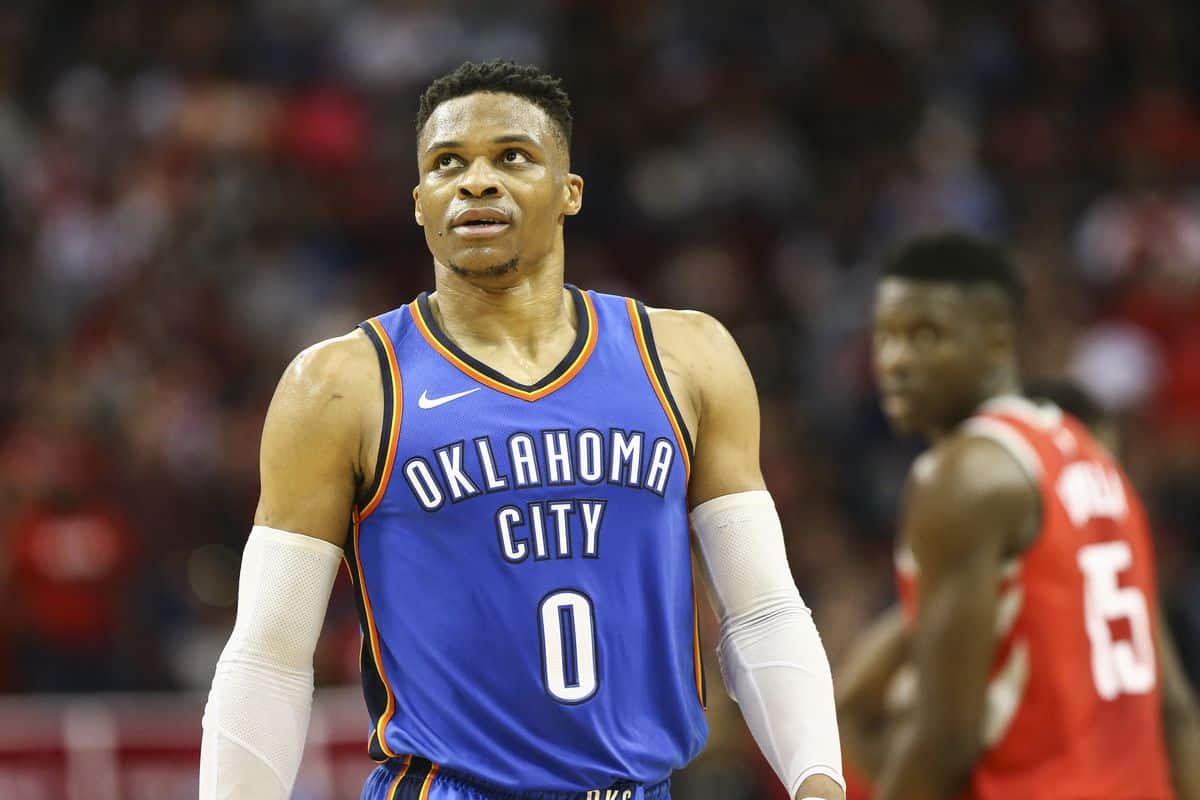