Jermaine McGillvary’s sensational hat-trick for the Huddersfield Giants in the 2014 Super League curtain-raiser sent shock waves around the sport as the reigning champions Wigan Warriors started their campaign with a disappointing loss and their new-look side will have their work cut out to try to retain the coveted crown at Old Trafford later in the year.

Sam Tomkins was always going to be big loss for Shaun Wane’s men, but their new signings failed to sparkle and gel alongside some of their home-grown youngsters and it could be a testing few months for Wane to try to manufacture a top four side, so the door could be left open for some of the other heavyweights to shine when the remaining 12 teams kick off their campaigns this weekend and the result from the opening fixture could be representative of what is to come this year.

Whilst the Wigan juggernaut may have suffered a significant blow at the first time of asking, the Huddersfield Giants stock was raised significantly as their clinical finishing twinned with the masterful Danny Brough pulling the strings from stand-off suggest they could well be one of the leading challengers to watch out for and were duly slashed to 6/1 shots to win the Grand Final and having won the regular season last year, have to be rated as a serious contender once again.

Tony Smith’s Warrington Wolves have propelled to the head of the outright betting following Wigan’s defeat and last year’s runners-up yet again ooze class throughout their ranks and at 3/1 in the latest betting with Bet Victor have to be handed a lot of respect, with Joel Monaghan, in particular, looking a cracking bet around the 8/1 mark to be the 2014 Top Try-Scorer after scoring 26 times during the 2013 season.

The Wolves have been ultra-consistent during the past couple of regular seasons but have come up short in the playoffs, so it may be wise to back them to finish top of the pile come the end of the campaign but there may be a little more value elsewhere for the overall Grand Final winner at Old Trafford in October.

St Helens and Leeds Rhinos are a brace of teams who will feature highly in people’s thoughts and the former are hovering around the 5/1 mark with Bet365 Bookmakers to win their first title since 2006, whilst the Rhinos are habitually slow starters, but coming flying home in the closing months of the season and with five Grand Final wins in the last seven years can never be written off, so many will be taking up William Hill’s 11/2.

Salford Red Devils are looking to be the surprise package this year with fanatical owner Dr Marwan Koukash looking to propel them into the big time and they have duly made a multitude of new signings, but it’s tough to produce a winning side overnight and that’s why they are available at around the 18/1 mark to land the coveted crown at the end of a gruelling season but with Brian Noble at the helm, they could be a dark horse.

Hull FC (25/1) haven’t reached the final since losing to St Helens in the aforementioned 2006 showpiece and they will probably have to settle for the minor honours yet again, whilst Humberside rivals, Hull Kingston Rovers (66/1), will find it tough to deal with the elite clubs this year, as will the Catalans Dragons (33/1).

In what looks to be another competitive season, Leeds Rhinos are taken to once again find ways to win and call upon the experience that has seen them dominate in recent years and they are the safest bet to once again lift the Grand Final trophy once again come the season’s conclusion. 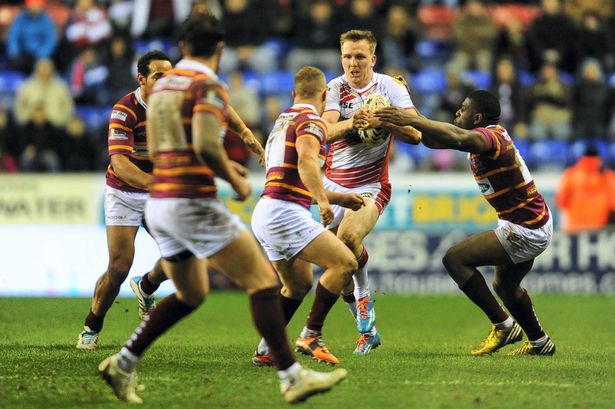