Wilfried Zaha. He’s one of those what-if players, the type of player that could’ve, that would’ve and maybe should’ve gone right to the very top.

Wilfried Zaha burst onto the scene at just 17 years old – making his professional debut as a late substitute for Crystal Palace on March 27th, 2010. By the start of the 2010-11 season, Zaha had become an integral part of the first team and ended the campaign with 44 appearances.

Then, in 2013, Manchester United came knocking. This is without question, Zaha’s what-if moment. What if he was given the time to properly embed himself?. What if his attitude was a little better? Was it all too much, too soon for Zaha? Only he knows the answer to that, but what we do know is that this transfer was a disaster. A falling out with David Moyes, as well as a disappointing loan spell at Cardiff, eventually saw Man United sell Zaha back to Crystal Palace. Ever since, he has been steadily progressing, without ever reaching the heights his potential once suggested he could.

Zaha is a player who loves to have the ball at his feet. He is direct with his dribbles and is always looking to drive forward with the ball. Perhaps a little selfish at times, but this could also be because, for most of his Palace career, his supporting acts in the attack have not been good enough. He is feisty and isn’t afraid of a physical confrontation with opposition players, which does see him pick up the occasional red and yellow card. Possibly what rival fans dislike about Zaha is his tendency to go down too easily. He is not the only player in the league guilty of this, but it has seen him miss out on potential penalties because of this reputation.

Anyone who’s ever seen Zaha play will know that his biggest asset is his dribbling. In the 2021-22 season, he averaged 2.3 successful dribbles per game in the league. That puts him 5th in the league, with two players above him playing far fewer minutes. What’s more, Zaha’s dribbles are more than just a piece of entertainment – they have a purpose. According to FBREF.com, Zaha ranks 7th in the league for carries into the final third with 77. Zaha doesn’t dribble just for the sake of dribbling, he dribbles with intent.

His dribbling ability also sees Zaha draw a lot of fouls and free-kicks from defenders. In the 2021-22 season, Zaha was fouled a whopping 124 times. John Mcginn is the closest to him in second, but even he is 26 behind the Ivorian. Zaha’s dribbling not only helps his team push up the pitch, but it wins them crucial free-kicks and penalties which have earned them points countless times.

Another strength of Zaha’s is his finishing ability. Zaha has not always been the most prolific goal scorer and has not always converted his influence into goal contributions. But, perhaps that is starting to change.

In regards to the 2021-22 Premier League campaign, Fbref.com stated that Zaha outperformed his non-penalty expected goals figure by 5 goals. This puts him 4th in the entire league, with players such as Jamie Vardy only marginally outperforming him with a respective figure of +5.5. Couple this with his impressive goal conversion rate, which is 20% according to SofaScore.com, and it’s evident that this is an area of his game that Zaha is working hard to improve. Especially when you compare his figures in these metrics to previous seasons. In the 2020-21 season, he recorded returns of +3.1 and 18% respectively. Whereas as in the 2019-20 season, his numbers were -1.3 and 7% respectively.

Zaha is relatively tall for a winger, standing at 5’11. However, he fails to take advantage of this in aerial duels. According to SofaScore.com, he had an aerial duel success rate of just 26% in the 21-22 Premier League season. No matter how you look at it, that figure just isn’t high enough. Whilst this doesn’t necessarily affect his play style or how effective he is on the ball, improvement in this department would add another dimension to his game and make him a more well-rounded player.

Whilst that weakness could perhaps be considered nit-picking, the next one is of direct detriment to Zaha’s game. Despite being an efficient dribbler, Zaha’s ball control is surprisingly very poor. Last season, according to WhoScored.com, Zaha averaged 3.8 bad controls per game. That put him joint 1st in this metric, along with Michail Antonio. Maybe this can be explained by Zaha seeing a lot of the ball, and therefore, having more opportunities to make bad controls.

Wilfried Zaha is a player who, despite being 29 years of age, is yet to fully harness his skill set. He is a good dribbler, and as of late, has become a good finisher too. But there is still a rawness in his game to a certain extent. He mis-controls the ball often, and loses possession many times per game – and perhaps that is the reason, despite his ability, that a bigger team is yet to make a serious bid for him since his stint at United. 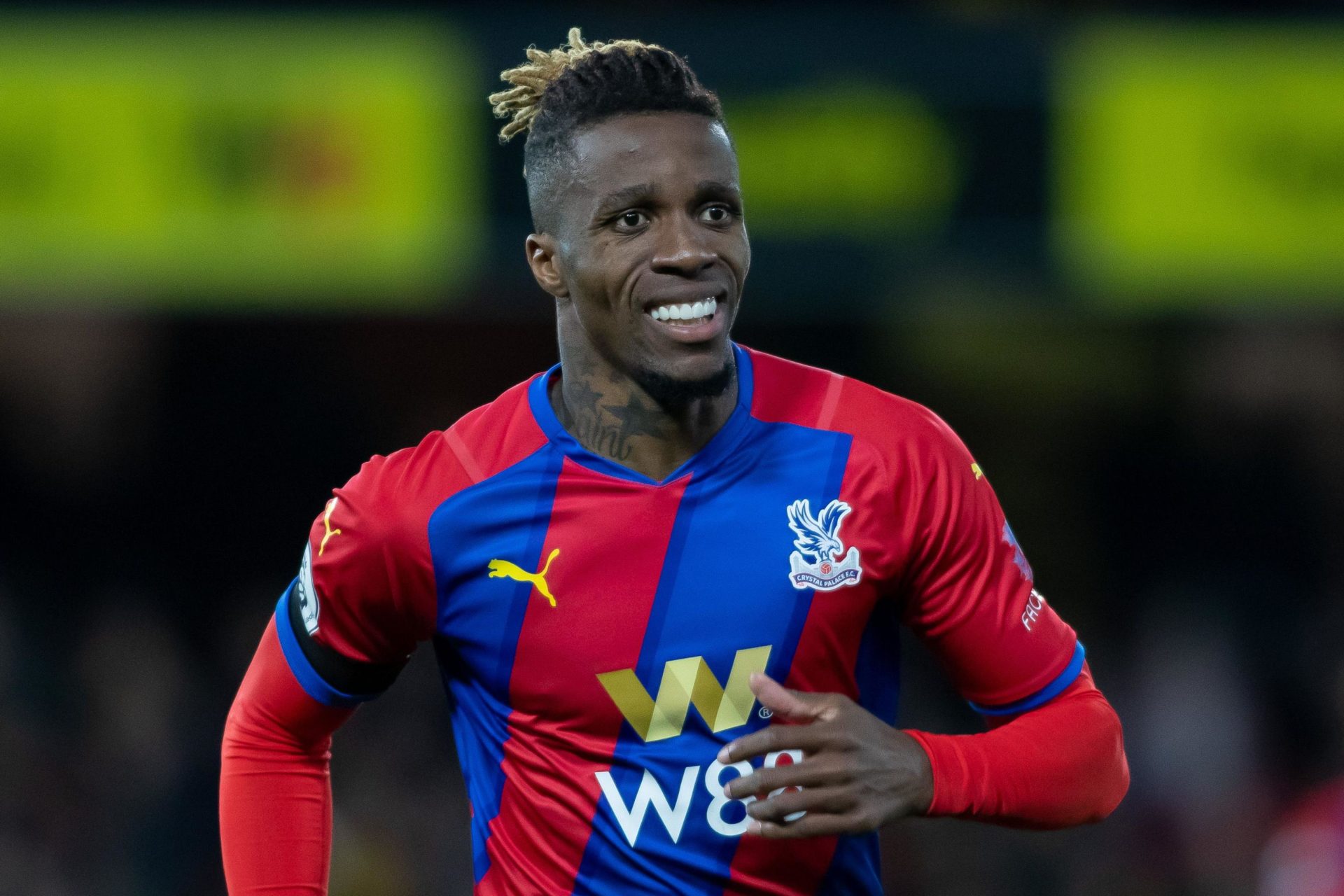