We might have seen this headline coming.  Slowly but surely the Manchester City spending has slowed down.  Yet when we look back over the last five years or so, their shopping list has been long and the price at the checkout has run to hundreds of millions of pounds.  The Champions League odds of the team winning must be narrowing for the team on a daily basis.

Yet not many people (outside of Manchester perhaps!) would have put money on Manchester City being a true Champions League contender until this season.  It’s almost ironic that as the spending bill finally seems to be getting smaller that the squad have begun to emerge as a real candidate for winning Champion’s League.  They have finally achieved that magic combination – a rock-hard defence and an attack that must put the fear of whichever god in to the hearts of their opponents.

So who could be the person to get Man City to the crown? My money would definitely go on Vincent Kompany.  His leadership is the stuff that dreams are made of – it cements the team in to one unstoppable force in every single match in which he plays.

As a true team player he has had a profound effect on the self-assurance the squad show at every appearance and has been an inspirational to players both new and old.  Most people rate him as one of the very best captains in the world and his track record speaks for itself.  In his four Champions League appearances for City he not only scored a goal but had a near-perfect passing accuracy, making on average nine defensive actions in each match that he played.  You could almost forget that City lost three of those four matches when you are watching him play.

However, there might be a reckoning for the squad if Kompany’s old enemy, his injury issue, rears its ugly head again.  The four Champions League matches that he missed were because of this injury.  We can only hope for City that he maintains his fitness for the season and in the Champions League too. 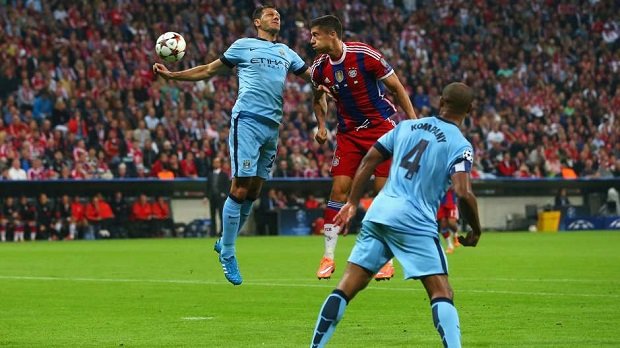