Will Messi or Ronaldo lift the ultimate prize at Qatar 2022?

Lionel Messi and Cristiano Ronaldo, the superstars tackling the twilight of their illustrious careers, are set for a showdown to win the FIFA World Cup according to a supercomputer.

The football forecast, conducted by BCA research via Indy100, sampled matches from the last four World Cups and FIFA ratings. The final prediction was that Messi’s Argentina will defeat Ronaldo’s Portugal in the final on 18 December at Qatar 2022.

This will be a dream final for such talismanic figures of the sport, who between them have amassed multiple Ballons d’Or accolades as the world’s best player.

The pair have won virtually everything in the sport, yet they have never lifted the World Cup trophy. This would be the ultimate prize for 35-year-old Messi and 37-year-old Ronaldo, in what would be a nail-biting battle of such elite goal-scorers on the world’s biggest stage.

Both Argentina and Portugal seem to be genuine contenders for the coveted crown. Messi came close at Brazil 2014, only to be pipped by a late added time goal from Germany’s Mario Gotze in the final.

Argentina, who arrive in the Middle East with an unbeaten run of 35 games that includes winning the Copa America, should soon find their stride. Their Group C opponents are out-of-form Mexico, Poland and minnows Saudi Arabia.

As group winners, Argentina will be pitted against the runners-up of Group D. Messi should face either Denmark or Australia, although if France slip up then the reigning champions will be Argentina’s first real test.

The quarter-final draw means they tackle either the winner of Group A or the runner-up from Group B. Netherlands are expected to breeze through Group A, while England are anticipated to top Group B to leave the US and Wales as potential opponents for the Dutch and maybe Argentina.

A semi-final against favourites Brazil, Germany or Spain is scheduled before playing Portugal.

Portugal last picked up a major prize by bagging Euro 2016 by defeating hosts France in the final. Overall Portugal didn’t produce the best performances, but they had spirit thanks to the determination from Ronaldo.

That same drive from Ronaldo could catapult them to the final in Qatar. They should see off the likes of Ghana, South Korea and Uruguay with ease in their group games.

Portugal will be pitted against Group G runner-up, potentially Serbia or Switzerland, before a quarter-final clash against Belgium or Germany. The Belgians did fend off Portugal in the last 16 at last year’s Euro 2020.

A last four contest for Portugal should see them tackle either England or France before facing Argentina at the Lusail Stadium in Doha.

Bookmakers have not resorted to using a supercomputer as they back the usual suspects of the major teams to lift the trophy.

LeoVegas have five-time winners Brazil as clear favourites (6.00), ahead of England (7.50), France (7.50) and Spain (9.00). The renowned sportsbook, who also offers lucrative No wagering casino bonuses shows no sign of Argentina nor Portugal. But as odds are constantly changing then they will no doubt join the chase.

Football fans may feel they are in a spin as another supercomputer predicted in June that defending champions France would triumph in Qatar.

Only eight teams have ever won the World Cup, always boasting jam-packed squads of superstars. France would join an illustrious group if they successfully defended their crown, alongside Brazil and Italy.

For the neutral, a head-to-head between the legendary icons of Messi and Ronaldo would be a dream World Cup final as each would be desperately chasing their first World Cup crown.

It would be an extraordinary finale for either Messi or Ronaldo to be photographed lifting the sport’s ultimate prize, something that they each no doubt dreamed of when first turning professional. 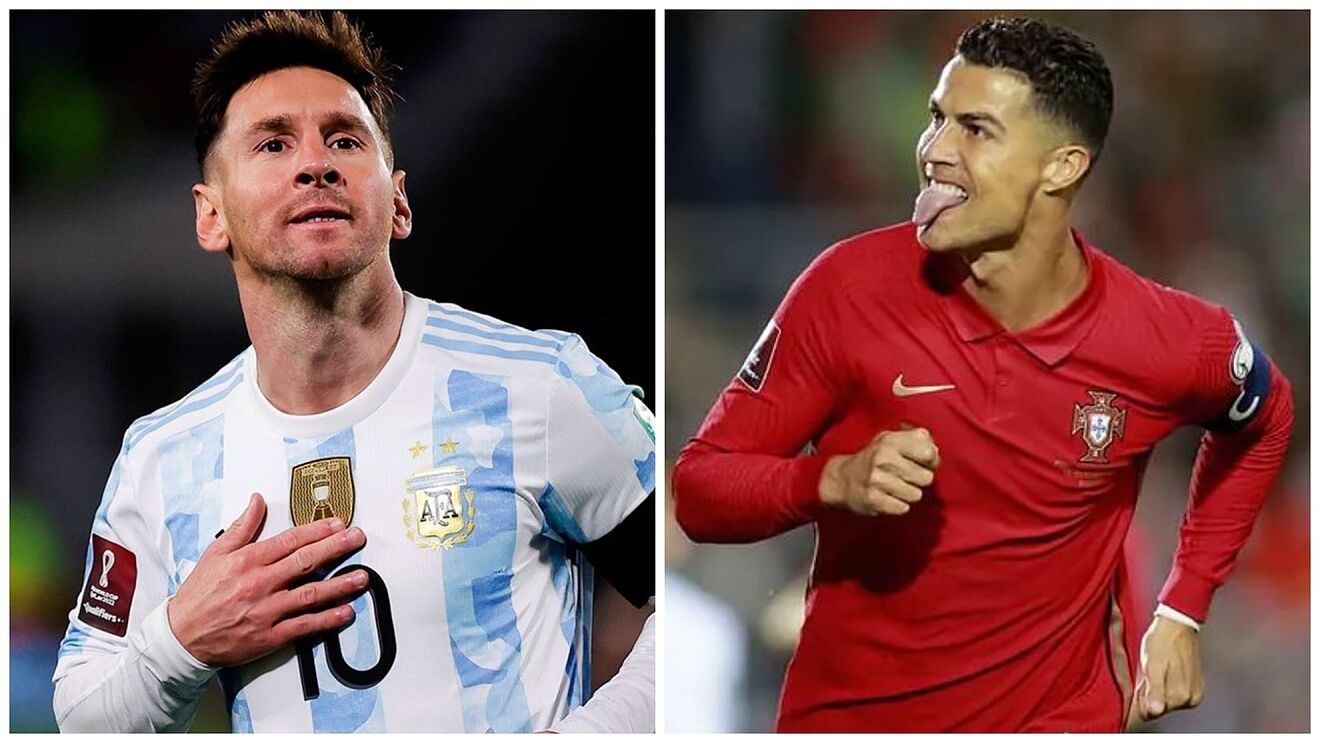