Skip to content
You are here
Home > Horse Racing > Will Tiger Roll Win The Grand National? 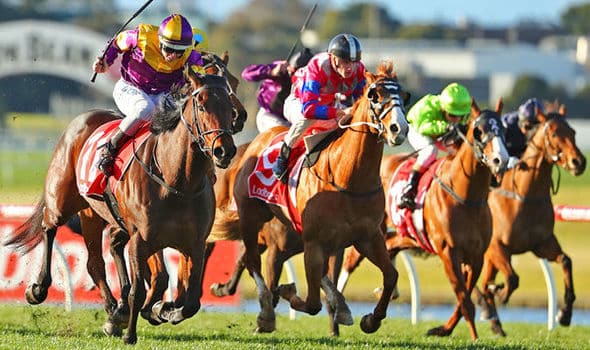 The Grand National (6th April, 5.15pm) is the race that stops a nation, but it has taken on a whole new significance this year as the buzz continues to swirl around the 2018 winner Tiger Roll. Put simply, the 9-year-old has the chance to make history by becoming the first horse since the legendary Red Rum to win back to back Grand Nationals. It’s a feat rarely achieved in the event, but Tiger Roll is taking plenty of backing to do so.

Why all the buzz if there are other horses in the race, like One for Arthur, who have won a Grand National before? It’s simply a case of the stars aligning for Tiger Roll, who looks to be in even better form than last year. He was always among the favourites in the ante-post markets during the winter, but two huge wins since then have seen him priced at just 4/1 – a very short price in this race – to do what some thought was nearly impossible. His price was cut from around 20/1 to 10/1 after winning the Boyne Hurdle, then from 10/1 to the current price after his victory in the Glenfarclas Chase at Cheltenham a couple of weeks ago.

However, there are plenty of wily trainers and jockeys out there who are well aware that the short betting price will count for nothing if Tiger Roll does not bring his ‘A’ game to Aintree in a couple of weeks. Top of the bill seems to Anibale Fly, a horse who was beaten by a considerable distance by Tiger Roll in last year’s National, but who has bounced back into contention after a fantastic second-place finish in the Cheltenham Gold Cup. 12/1 is offered by Ladbrokes for the excellent Anibale Fly, a bookie listed within this guide to free bets for Grand National 2019.

Another horse sitting at 12/1 with Ladbrokes is Rathvinden, a seasoned campaigner who looks to be the pick of Willie Mullins’ options. He had a decent victory in the Bobby Jo Chase at Fairyhouse last month, as well as a victory in the Cheltenham Festival last year. Some might say his peak years are behind him, but we saw three 11-year-old winners of the Grand National from 2012-2014, and Rathvinden looks the type to give this a good go.

Rock the Kasbah can succeed under Richard Johnson

Rock the Kasbah is another who has been taking a lot of money on the exchanges. His form is a little erratic, but he certainly has the stamina and agility to tackle the Aintree course. His current price is sitting at 25/1 with Betfair and a few other bookies, which looks like a steal if he can recapture the sort of form that saw him win the Bet365 Gold Cup at Sandown last December. Richard Johnson should be in the saddle, which should help further Rock the Kasbah chances to challenge Tiger Roll.

Vintage Clouds will also be of interest, coming in at 16/1 with Sportingbet. He has a noteworthy race record, finishing second in 11 of 26 races so far in his career. The latest of those runner-up finishes was at Cheltenham a couple of weeks ago in the Ultima Handicap Chase, where Vintage Clouds finished behind Beware the Bear. Third place in that race went to Lake View Lad, who has odds of 20/1 with several bookmakers for the Grand National.

has published a new mt_pp."Swagat"
16 minutes ago

has published a new post."Five Takeaways from the Heat-Magic Game"
16 minutes ago

has just registered!
51 minutes ago