Figure Skating has been part of the Olympics Games ever since 1908. Maybe it’s not the most popular event of the competition, but it’s definitely worth watching, if you’re willing to let yourself get dazzled by how amazing the skaters who compete at this level are.

This year’s Olympics will even have a new category in the Figure Skating even, the Team Trophy, which mean this year we’ll have even more figure skating to look forward to!

Now, with slightly less than a month to go, pretty much all the national teams have selected the skaters they’re going to take to Sochi.

Here’s a look at those who are considered, as of right now, the three strongest competitors for each category of this sport. 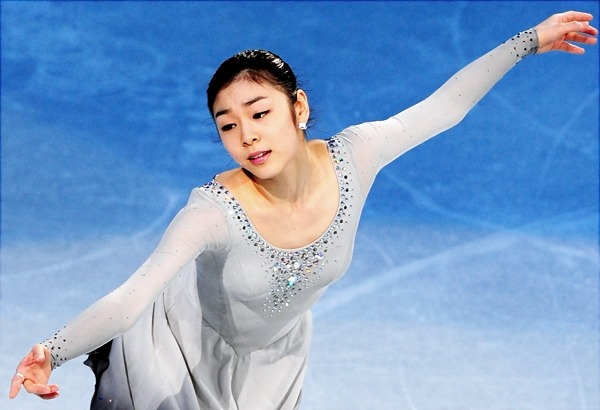 Kim Yu-Na. The Japanese is definitely the strongest contender for the Gold this year. The twenty-three year old skater took it home in 2010 already, and then her career took a bit of a downfall path up until 2013, when she returned to the professional circuit full-time and proved to everybody that she was still very much into the game and ready to defend her title of reigning champion. Plus, she’ll be retiring after the end of this season, so she might as well go out with another win.

Mao Asada. Asada is expected to be her fellow countrywoman’s strongest competitor for the title, the same way she was back in 2010, where she placed second. Asada also has two wins at World Championships in her portfolio and a strong season up until now. The Japanese is also retiring after the Olympics so she’ll surely want to take this last chance to finally beat Yu-Na.

Carolina Kostner. The Italian twenty-six year old has been of the most reliable skaters in these past few years, and has managed to be in the podium in almost every competition she’s entered. This season wasn’t different, with a Bronze medal at the 2013 Cup of China and a Silver one at 2013 Cup of Russia; plus, she got the Silver at the World Championships last year. She finished third in 2014’s European Championship, after Julia Lipnitskaia and Adelina Sotnikova (both from Russia), but I believe her experience will make her surpass the Russians in the upcoming Olympics.

Patrick Chan. The Canadian has been the man to watch in this sport for the past few seasons and that’s not about to change. He’s been the Canada champion since 2008 and ever since 2010, he’s been in the podium in every competition that he’s entered – that’s an impressive number of medals that have already made him one of the best male skaters that the world has ever seen. That said, Chan doesn’t have any Olympics medals (he finished 5th in 2010) and he’s surely getting ready to grab one this time.

Denis Ten. Kazakhstan may not have a big tradition when it comes to figure skating, but they’ve found gold in this twenty-year old skater – quite literally, actually, since Ten was the first Kazakhstani to ever get a gold medal in an international figure skating competition. He’s been making his name more and more famous in the sport since 2011 and took home the Silver medal at last year’s World Championships, so he’ll be one of the ones to watch next month.

Daisuke Takahashi. The Japanese is the Bronze medalist of the last edition of the Winter Olympics and is ready to prove he still has what it takes to make the podium again. The twenty-seven year old has an impressive track of well-deserved medals and already took home the Gold in this season’s NHK Trophy, so he’ll also be giving Patrick Chan a run for his money.

Tatiana Volosozhar & Maxim Trankov. Words are beginning to fail when it comes to describe what Tatiana and Maxim have achieved over the four years they’ve been together: they’ve made the podium (and only first and second places!) in every competition they’ve entered as a pair and not only they’re the reigning World Champions, also the current World Record holders for combined total, short program and free skate scores. Just on Friday, they beat the World Record again, with 83,98 points on their short program, which later led them to a win (and a new Gold medal) with more than 13 points over the second placed pair! Even though Volosozhar & Trankov have always had to compete with the German pair Aliona Savchenko and Robin Szolkowy, I think this year will be theirs and they’ll finally get the Olympic crown they so deserve – and I’m sure they’d love nothing more than to get it at their home, Russia.

Aliona Savchenko & Robin Szolkowy. As I just stated, Aliona & Robin and Tatiana & Maxim have always competed against each other and always stay on the top two positions of the podium – we can think about the two pairs as the Lionel Messi and Cristiano Ronaldo of the Figure Skating pairs, really! They’re always so close on quality and results and it’s quite impossible to talk about one pair without making a side reference to the other. This year, though, as it was already becoming more obvious in the last season, the German pair is not quite up to the level Volosozhar & Trankov have been managing to achieve. It was proved just this weekend, when they had to withdrawn from the European Championship due to illness – they would’ve lost anyway. Still, they never go down without a fight, let alone when they’re aiming for (keeping their) Olympic Gold!

Qing Pang & Jian Tong. This Chinese pair is no rookie either; they’ve been together for as long as they’ve been skating (which counts to roughly seventeen years!) and they’re even engaged-to-get-married after a romantic proposal during a show in Shanghai! Well, details aside, what’s pretty certain is that they’ll get the Bronze at this Olympics editions, should nothing wrong happen. They may not be able to compete with the Russian or the German pair, but they’re certainly high above all the other pairs who are expected to compete, so they’re almost sure to get China a medal next month. 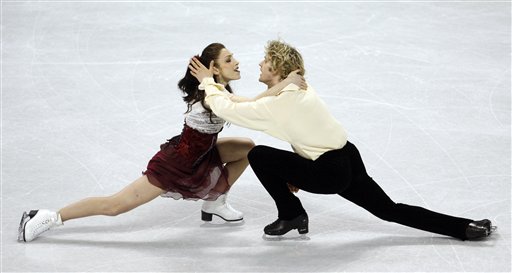 Meryl Davis & Charlie White. Just a few lines above, I compared Volosozhar/Trankov and Savchenko/Szolkowy to Messi and Ronaldo in the pairs figure skating, right? Well, I’m doing it again, but this time with Meryl/Charlie and the Canadians Tessa Virtue and Scott Moir! For years the two pairs have been competing against each other (and training together, by the way, since they’ve got the same coaches!) and at the last Olympics Virtue & Moir triumphed over Davis & White, but I believe that won’t happen again this year. Meryl and Charlie have been incredible this season – their flawless results speak for themselves – and I believe they’ll be highly motivated and will take the Gold with them to the USA, and rightly doing so.

Tessa Virtue & Scott Moir. The Canadian pair has undeniable quality and elegance and they’ve got what it takes to be on the top – they’ve proven that over and over again through the seventeen years they’ve been dancing together (even in that they equal Davis & White, who’ve also been together for seventeen years). They’ve lost nothing of their greatness, really – it’s just that Meryl & Charlie have been even greater! Still, as it happens with Savchenko/Szolkowy, Virtue and Moir won’t let anyone take their current Olympic title from them without fighting for it, that’s another certainty.

Madison Chock & Evan Bates. Chock and Bates finished second at the USA National Championship this year and although they can’t quite compete with the two ice dance pairs I’ve already mentioned, they’re in best shape than all the others who’ll participate in these Olympics. Still, they’ll have to look out and keep giving their best – this season has been their best yet – and if all goes well, they should be able to get the USA another medal. 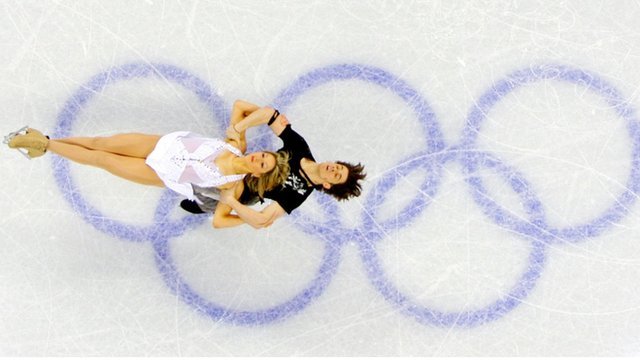