WWE is far removed from the days where it used to produce compelling television on a weekly basis and has settled for a more PG, less edgy product which is predictably below par and really only serves to get its main superstars over.

The product does serve another purpose which is to grab the attention of children around the age of nine or so, however in doing this WWE easily alienates its hardcore fan base as well as older viewers in general.

This is what leads a lot people to ask ‘you still watch wrestling?’ when anybody aged 13 or over admits that they watch the sport.

WWE is the undisputed face of pro wrestling however it is because of this that pro wrestling receives a lot of flak that it doesn’t deserve, whenever somebody thinks about pro wrestling WWE always comes to mind rather than TNA or Ring of Honor, two shows which have a better standard of wrestling and don’t discredit the name of the sport.

WWE is the company responsible for taking pro wrestling to international heights however when WWE used to do that, people wanted to watch the program and it didn’t present wrestling in such a way that was unappealing to older viewers.

There are many problems with the product however the two things that really help to contribute to the bad reputation that pro wrestling has are the quality of wrestling and the characters that are portrayed. The wrestling that WWE shows its audience makes it painfully obvious that the strikes thrown aren’t real and for a lot of people, it makes them ask why people would be interested in a sport where the punches and kicks aren’t real, other promotions do this too but they try harder to blur the lines of reality and fiction.

WWE also has a host of what are essentially cartoon characters on its roster, the biggest cartoon character being John Cena, wrestlers aren’t allowed to be themselves or they have to play watered down versions of what could be interesting characters. The worst part about that is the fact that they expect older viewers and hardcore fans to accept it without scratching their heads.

Over the past few years WWE has backed itself and pro wrestling into a little corner from which it can’t defend either and one thing that would help WWE greatly is to make its product more inclusive, it’s understandable that as a business first WWE has to find a way to appeal to the section of the audience responsible for the lion’s share of its income however the section of the audience that it alienates with its product are what those who are responsible for the lion’s share grow up to become.

By producing something for both casual and hardcore fans WWE would be able to keep two sets of fans happy as well as improve the name of pro wrestling, not to mention it might actually go a long in helping WWE compete with monday night (american) football. 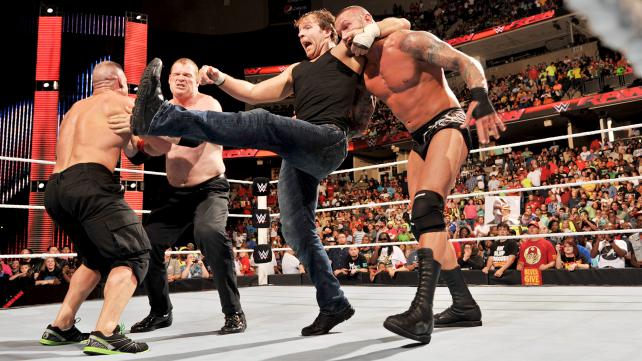