For the past year WWE has had a spin-off reality show called Total Divas, they have tried to push this show and one of the ways in which they have done so is to integrate it into the main shows, Monday Night Raw and Friday Night Smackdown with the latest attempt at this being a feud between Nikki and Brie Bella. This isn’t good for either show.

Total Divas is a reality show that is meant to focus on the lives on WWE divas outside of the ring, it shows the day-to-day problems that the divas encounter as well as other things that is expected from a reality show whereas WWE’s main programmes focus on problems inside the ring. This isn’t why the integration is bad but it contributes, the reason that the integration is bad is due to the fact that WWE tries to maintain the image that its programming is real.

It makes sense that WWE wants some of its hardcore wrestling fans to give total divas a chance however it won’t be achieved if WWE contradicts itself. Total Divas is a scripted show and whilst Raw and Smackdown are also scripted, they have used social media to maintain the image that what happens on those shows is real, particularly with the midcard feuds where two wrestlers will insult each other on twitter.

Total Divas completely contradicts the work that Raw and Smackdown do to appear real and this makes it even more confusing as to why the show is pushed on WWE’s wrestling programmes. Total Divas is clearly scripted so when a problem from the show is brought into the ring e.g Tyson Kidd ignoring Natalya or the Bella twins it’s going to make fans question whether WWE wants the product to appear real or not. It’s worth noting that despite feuding each other, the Bella twins continue to share a twitter and instagram account.

In reality (no pun intended) WWE has taken an opportunity to expand its fan base however considering that Total Divas deal on issues outside of the ring, everything on that show should really be sorted outside of the ring otherwise it only serves to confuse their fans.

WWE has to be consistent with its programming, it can’t have Dolph Ziggler and Cesaro appearing to hate each other whilst making it clear that Nikki and Brie Bella are only doing their jobs, the show is either real or it isn’t. 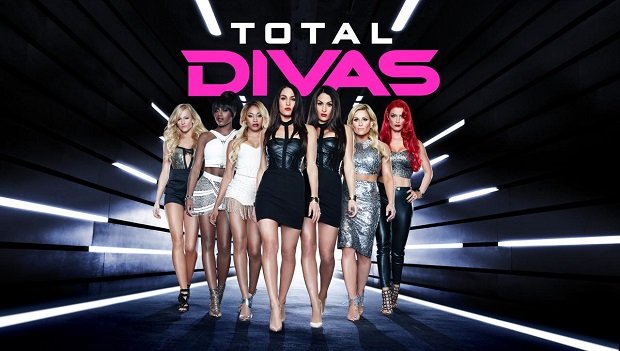