The Cleveland Cavaliers are off to a start nobody would have ever imagined. After signing LeBron James, and trading for Kevin Love, many thought the Cavaliers were the team to beat in the NBA. Quite frankly, it doesn’t seem too difficult to beat the team to beat.

After the first four games of the season the Cavaliers are off to a 1-3 start, although this isn’t the start the team had imagined before the season started, but there are things the Cavs can do to be successful later on in the season.

This years Cleveland Cavaliers have a total of ten new faces. This means that only five players are still on the roster from last season. It’s always difficult to bring in new players and expect them to perform to their best ability right away. It’s even harder when the new players you bring in are top ten in the league. Bringing in LeBron James and Kevin Love is a whole lot  different from a team like Houston bringing in somebody like Trevor Ariza. Don’t get me wrong, Ariza is a great talent, but he isn’t the number one option on a playoff caliber team.

That’s why it is so hard for the Cavs to find their way early in the season. LeBron James is obviously the top player on a championship team. Kevin Love is arguably the second option on this Cavaliers team. These guys have never played together, it is going to take time for things to start firing on all cylinders. You also throw in somebody like Kyrie Irving who, along with Kevin Love, has never had to share the spotlight with anybody else on the team, let alone two other superstars.

You’d think that being able to get an assist with the talent this roster has would not be the hardest thing in the world to do. I guess that is not the case. Against the Jazz the Cavaliers managed to get four assists throughout the course of the game. Not one of those assists game from the point guard.LeBron had two, Kevin Love had one, and Dion Waiters managed to get an assist as well. This is one of the biggest reasons they lost the game in Utah.

Losing to Utah is bad enough, but knowing you didn’t pass the ball to the best of your ability has to be a huge punch to the gut. I’d like to also point out that against Portland, Kyrie Irving had four assists in the first quarter. After that first quarter the Cavaliers were up 34-31. The rest of the game Kyrie had one assist, and throughout the rest of the game the Cavs failed to reach the 20 point mark in the last three quarters.

This goes to show how important passing the ball is in this league. If your point guard can’t distribute the ball to his teammates, it’s going to be hard to win basketball games. The game against Portland was a perfect example of that.

I think the phrase ‘defense wins championships’ is the most accurate thing you can say when it comes to sports. It was proven last year when the San Antonio Spurs defeated the Miami Heat in five games. It was even proven in the NFL with the Seattle Seahawks beating the Denver Broncos in the Super Bowl.

Within the newly constructed big three in Cleveland, only LeBron James is the only one who can really play defense. Kyrie Irving has poor footwork and vision on defense. Kevin Love offers little-to-no rim protection. Last season the Minnesota Timberwolves opposing big men hit 63.1 percent of shots inside the paint.

Kyrie, and Kevin aren’t the only ones who aren’t the best defensively. Dion Waiters had to moved to the bench for Shawn Marion because of his lack of defense. The Cavalier big men offer no rim protection, matter n of fact a big man doesn’t even lead the team in blocks. It’s early in the season, but I’d image something is going to have to be done if Shawn Marion continues to lead the team with one block per game.

The season is still young, so the Cavaliers really have no reason to worry. Just remember that Rome wasn’t built in a day. 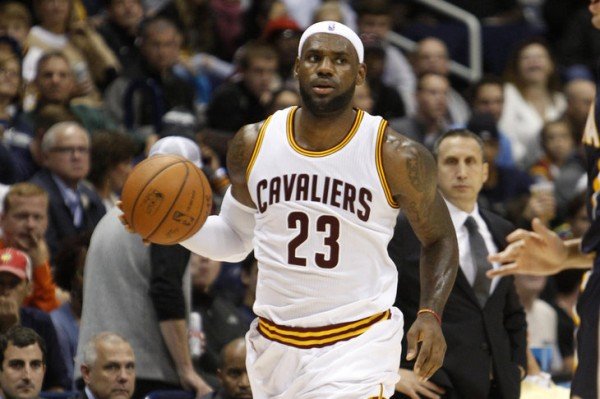