Max Verstappen made up for his disappointing race in Baku a fortnight ago with a commanding victory in the French Grand Prix at Circuit Paul Ricard. The Red Bull driver has a 12 point lead over his nearest rival Lewis Hamilton in the standings, as the Mercedes driver finished second following a late overtake by the Dutchman. Sergio Perez took the final podium spot, with both Red Bull drivers in the top three for the first time since the 2020 Bahrain Grand Prix.

While the last two visits to Paul Ricard for the French Grand Prix have been short on excitement, this was a race that had jeopardy throughout with a nail-biting conclusion. In previous years, some of the more dramatic parts of the race have been opening lap crashes and incidents but this weekend those were restricted to practice and qualifying, with Yuki Tsunoda starting from the pit lane after being handed a grid penalty for a gearbox change after a crash in qualifying. Indeed, there was not a single retirement, which has only ever happened 10 times in the history of Formula 1 and hasn’t occurred since Austria 2019.

Despite the lack of retirements, this was still a race with tension throughout. At the opening corner, Max Verstappen led away from pole but locked up coming out of the first corner and rejoined behind Hamilton who had started second. Mercedes were keen to move Bottas up into second by pitting him first and then Hamilton but ended up matching Verstappen’s mistake with a strategic one of their own by leaving Hamilton out for one lap too long. This meant that the pace of Verstappen on his out lap was too much for Hamilton to be able to rejoin ahead, with the Dutchman flying past as Hamilton came back out of the pit exit.

With tyre wear being such a major factor, Hamilton was regularly on the radio to the team to insist that they pit again but once more Verstappen pitted first, only 13 laps after his first stop, and this time Mercedes stayed out, gambling that Bottas now running second would be able to hold back the charging Verstappen. However, Mercedes pace in the first stint had taken too much out of the tyres, and Verstappen easily got by Bottas on lap 44.

The Finn was furious with his team that they hadn’t listened to his request to make a second stop, and his misery was compounded five laps later as Perez, so good at managing his tyres, got by to move into third place. Meanwhile, Verstappen was on a roll, catching Hamilton every lap and with just over a lap remaining swept past into the chicane to win his first French Grand Prix. Not a good afternoon then for Mercedes who now trail Red Bull by 37 points in the constructors, and they will be deeply frustrated that they were unable to take advantage of having track position early on after Verstappen’s mistake.

For the Formula 1 neutrals though, this has been a blockbuster season that keeps delivering with drama at the front in every race, and one of the closest championship battles between two drivers from two teams in several years. There seems to be no sign that Red Bull are suddenly going to lose pace, with the onus now on Mercedes to cut out the mistakes and take their 8th successive crown.

Best of the rest

It is becoming a familiar sight to see the name of Lando Norris in the top five and the McLaren driver once more took home another solid haul of points at the French Grand Prix. A series of impressive overtakes made up for a slow start from 8th on the grid, finishing in the top 5 for the sixth time already this season compared to last when it took him all 17 races. His team-mate Daniel Ricciardo was back to his bullish best after two disappointing races, producing a set of good overtakes to finish 6th, his joint best result of the season.

McLaren sits third in the constructors’ standings and now have a decent lead of 16 points over Ferrari who endured a desperately poor afternoon. After the high of Charles Leclerc’s pole in Baku, the Italians were nowhere in the race which came as a little bit of a surprise after a hopeful qualifying session where they found themselves 5th and 7th.

Instead, both Leclerc and Carlos Sainz finished outside of the points, with an 11th and a 16th, their worst showing since the final two races of last season where they didn’t score any points. Leclerc in particular had a day to forget, tumbling 9 places, the worst of any driver, with both drivers bemused at the level of tyre degradation and how much their cars struggled. Little wonder then that Ferrari are already turning their attention towards 2022.

Pierre Gasly demonstrated why he is so highly rated in the paddock with another professional drive, finishing 7th in his home race, doing so in front of 15,000 fans, who created a good atmosphere and were a welcome sight after the many races over the past year where spectators have not been permitted to attend. The Formula 1 world will be looking forward to the British Grand Prix next month as well, which is due to have 100% capacity.

George Russell will be hoping he can maintain his good form going into that race. Another Q2 appearance was followed by a superb 12th place at the French Grand Prix, his best result of the season, and one achieved on merit given all 20 starters finished. That finish means Williams now move above Haas into 9th in the constructors, as neither team are yet to score a point, although, on this form with a bit of luck, the Brit is surely now close to scoring points, something he has done only once albeit as a stand-in for Hamilton at Bahrain last season.

The Formula 1 season has just finished part 1 of a triple-header which, like last season, will now be followed by two successive races in Austria, in order to make up for the cancellations of the Canadian and Turkish races. It comes at possibly the most important point in the season as momentum seems to be swinging more and more in favour of Red Bull ahead of their home Grand Prix, with Mercedes needing to draw on all the experience accumulated over the course of the turbo-hybrid era to claw back the deficit.

Victory at the French Grand Prix was their third in a row, the first time that has happened since 2013, when Sebastian Vettel was at his brilliant best winning the final 9 races of the season. Although nowhere near that level of dominance nowadays, Red Bull have a driver of the same calibre in Verstappen who also did the hat-trick of pole, fastest lap, win for the first time in his career, which Vettel was doing for fun in those heady championship-winning days.

A Verstappen win in Austria next weekend would be his fourth of the season, constituting his best season for race wins, which is perhaps only surprising in that he hasn’t already done so, such has been his tremendous pace these last few years. It fully underlines why 2021 could finally be his season, after so many predictions from Formula 1 fans and pundits since his debut as a 17-year-old that he would one day become world champion.

For Mercedes, they will be fully aware of how much energy they need to draw upon to recoup the lost points of these past few races. Strategy and communication will be key for them over the next few races as the season enters a potentially defining period. Failure to win next weekend would make it 4 races without a victory, which is also something we haven’t seen since the record-breaking 2013 season, pre-dating this extraordinary period of success for the Brackley based team.

It appears that the tide is turning in Red Bull’s favour, yet one would be unwise to write Mercedes and Lewis Hamilton off too soon. As the battle intensifies, this season is turning into one for the ages. 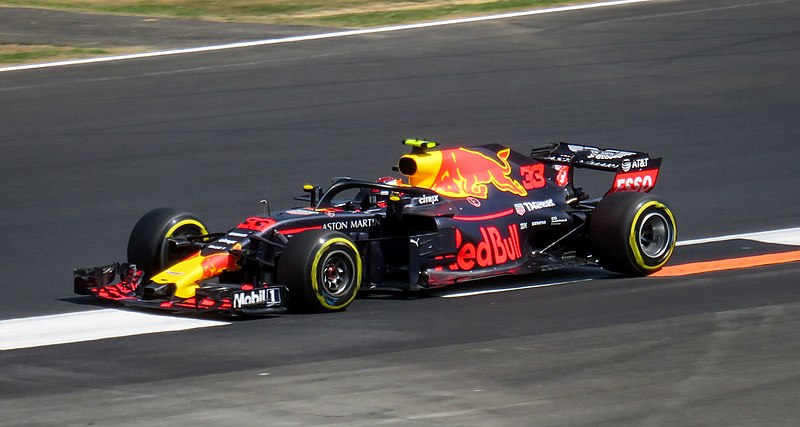