Lawrence, KS–The TCU Horned Frogs (4) escaped against the Jayhawks of Kansas by the score of 34-30. The game did not begin as planned for TCU, who was surely expecting an easy game against the measly three-win Jayhawks.

Kansas stayed with TCU and showed no signs of slowing down throughout the first half. The problems for Kansas and the blessings for TCU began in the third quarter of play where Kansas was outscored 21-14. Kansas jumped to a 20-10 lead but from there, the Horned Frogs got motivated and fire in their belly and roared back into the victory circle.

This late in college football season, especially if you’re one of the Top 4 teams with the new playoff format coming at the end of this season, losing in the last three games is not an option if you want your program to make it big.

If TCU had lost this weekend, to Kansas of all teams, it would have surely caused even more chaos than there has been or will be.

Earlier today, Mississippi State (1) fell to Alabama (5) in Tuscaloosa. While this is heartbreak for the state of Mississippi and Heisman hopeful Dak Prescott, the Bulldogs aren’t completely out of the playoff picture just yet. They’ll need to win out and also help from other big name teams falling short, but it’s possible.

This also guarantees us, the fans, one thing—a brand spanking new number one.

Since Oregon (2) had a bye week it is tough to say that the rankings committee will move the Ducks from second to first. Florida State (3) could make a case for first depending on how the committee views their game against Miami (FL). TCU (4), although they won, did not win in seriously convincing fashion over a much more mediocre team.

Alabama may very well find themselves on top. 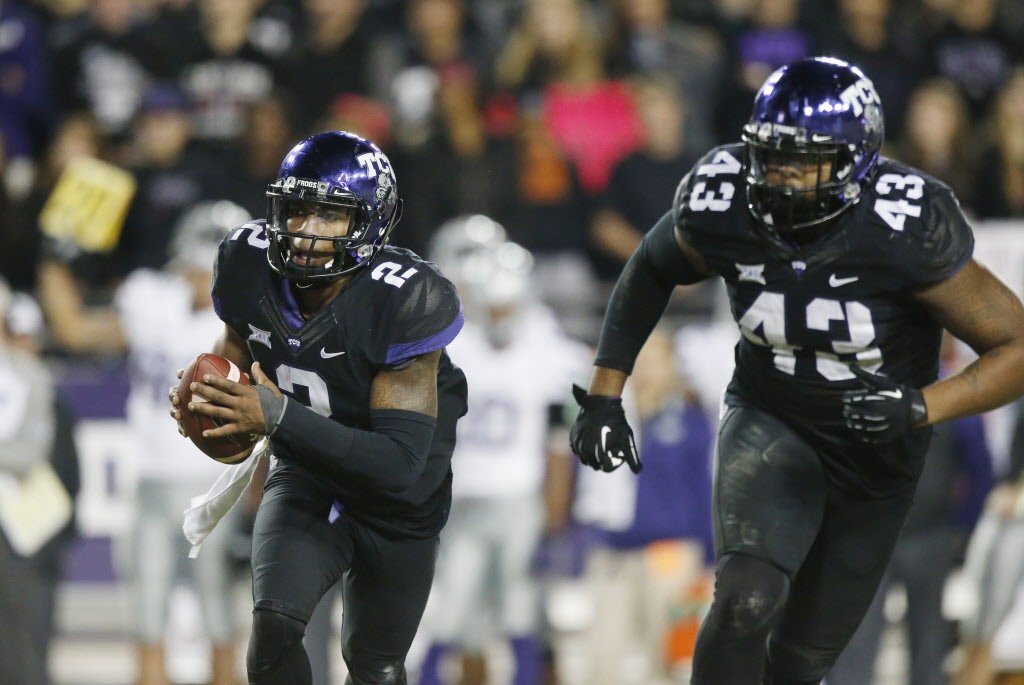