But with sponsorship deals, chat shows, pre- and post-match analysis and tragedy and drama occurring off the pitch, one could easily begin to wonder if the game of rugby itself is actually the least important part of the rugby industry today.

It would be fantastic if the rugby industry’s money came purely from loyal fans forking over their hard-earned cash to support their teams. However, while this does account for a large chunk of rugby revenue, it is far from the industry’s biggest income stream.

If you’ve ever looked past the mud on a player’s shirt, you will have seen the team logo is often joined by a host of other logos. Scotland’s rugby team once featured the emblem of that same country’s Royal Bank. England’s is adorned with the symbol of O2, and DHL, apparently a delivery firm, have their acronym emblazoned across the chests of the Harlequins. (It didn’t help them deliver in that game against the Wasps though, am I right?)

These logos, of course, are there because of sponsorships. But what may not be obvious is the sheer amount of money teams get from these sponsors. According to insiders, O2 paid up to £30 million to England in 2012, while BT paid Scotland £3.6 million to supercede RBS as the team’s front-of-shirt sponsor. It was sponsorship deals like these that took rugby from its amateur roots in 1995 to the blockbuster sport we see today.

Now it’s not just sponsorships that bring big bucks into rugby stadiums. The niche world of corporate hospitality is also a significant cash bringer. Officially-licensed events like Smart Group’s Twickenham rugby hospitality package or Bath Rugby’s matchday hospitality package make up a large proportion of a rugby club, team and/or stadium’s revenue stream. In fact, Twickenham Stadium reported £37.5 million in revenue from hospitality and catering in 2013 alone. That’s even more than the £19.1 million the stadium earned from sponsorships.

But now that so much of the sport’s revenue comes from commercial brands and hospitality, are the matches any less important?

Rugby off the pitch

Corporate hospitality is not just significant because of the amount of money it earns the rugby industry, but also for the way it shifts focus away from the happenings on the field; focusing instead on the experience surrounding the game. Open bars, gourmet food, VIP treatment, and even the chance to schmooze with former and current professional players are all available to those who wish to attend a rugby match as a hospitality guest.

Even for those watching at home, some of the most interesting and memorable moments from a game come from the commentary or analysis by various expert presenters and pundits— whether it’s Stuart Barnes on Sky Sports, or Davies, Guscott, Wood & Nichol on the BBC. With sometimes hours of analysis and non-game coverage, it is clear that hearing about a match is as important as seeing it.

Whether it is tragic or scandalous, the off-pitch activities of players and coaches is often a key source of entertainment for rugby fans. Anthony Foley’s shock death has understandably drawn much attention. The public statements of managers often receive much coverage too, as do things like relevant technological developments.

For many fans, following rugby is just as much about keeping on top of off-field news as watching games. When you hear Wayne Bennett pledge to turn England into a “world-beating” team, you only need to read the team’s scores to see the next part of the story. Actually viewing the game, minute-by-minute, isn’t a necessity.

However the fact remains that fans continue to love the game, and millions still buy tickets or tune in at home. Even if there is more focus than ever on the aspects of the rugby industry that don’t take place on the pitch, rugby itself is still crucial. Without it, we wouldn’t even have the rest. 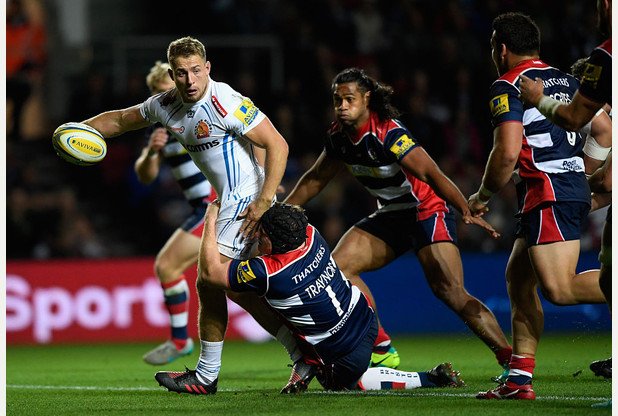