Mason at his Sea Eagles announcement.

Former Newcastle Knights mongrel forward Willie Mason believes that he can bring experience and skill to the Manly front row, and that his driving force for his 15th outing in the NRL will be to prove his haters wrong.

While the big Auckland born forward stresses that he holds no ill-will to the Knights management, especially considering their efforts to return him after his failed stint in the European league, he says that he’s struggled with knowing he wasn’t wanted for a fourth year.

“I suppose this year, not being wanted by the Knights drives me even harder… pretty much proving everybody wrong all the time [is my motivation]. So that’s pretty much what drives me every week to play,” Mason said.

The Sea Eagles announced the secured signature of Mason alongside Warrior Feleti Mateo and Cronulla Shark Siosaia Vave, and along the announcement came the announcement that the Manly side needed to fix their gaping holes in the front row after recently losing Brent Kite, Joe Galuvao, Jason King, Glenn Stewart and Anthony Watmough.

Mason knew that he was necessary to fill the void of massive experienced players within the high-flying team.

“I do understand my role within the team – they’ve lost some experienced players like Jason King and Watmough over the last couple of years. I do bring that experience that they need,” he said.

“’Tooves’ talked about a month ago, he told me my job within the club. I know my role as a player on and off the field now so I’m just looking forward to playing.”

Mason dominating for the Newcastle Knights.

According to the club, Willie Mason’s first round row partner Brenton Lawrence is also apparently excited to hear about the Newcastle based player’s new move.

The Kiwi forward said that there were plenty of appealing upsides to joining Manly, including the fact that Willie considers them the premier team of the last ten years of the competition.

He also loves their ruthless and tough style of play, and described their team as having the “best backline in the comp”.

“Just the way Manly play, even though they’ve been down on troops with certain players out – that’s when you know you’ve got a good culture, when you can bring some young kids up and they can do the same job.”

“They always compete with teams and that’s what I love. They never get blown out by 30 points. They know what they’re going to bring week in week out is a tough team and you’re going to have to play your best to beat Manly.”

The only thing that Mason seemed less than keen on was the Manly Sea Eagle’s home stadium.

“I can’t give Brookvale a rap!” Mason laughed.

“I think their [home] dressing sheds is like a palace then [the away sheds] is like open showers, it’s a shemozzle.”

“You play there on a Friday night or muddy games, stuff like that, you usually get the crap beaten out of you,” he said.

“I think I’ve won two games at Brookvale in my whole career so it is a fortress.”

Mason after a long and trying game.
ALSO READ:  The Great Escape On For Toulouse Olympique?

Mason refused to comment or speculate on stretching his NRL playing career into a 16th season in 2016, but it’s looking likely that the 34-year-old may struggle to maintain his deadly forward movements in the later stages of long seasons.

“It’s just a number… If I keep playing at a high level and keep competing and I love training, I love playing,” he said.

“I’ll keep playing if my body holds up. If the day comes where I don’t really feel like turning up to training or I don’t feel like putting 100 per cent in, that’s it.” 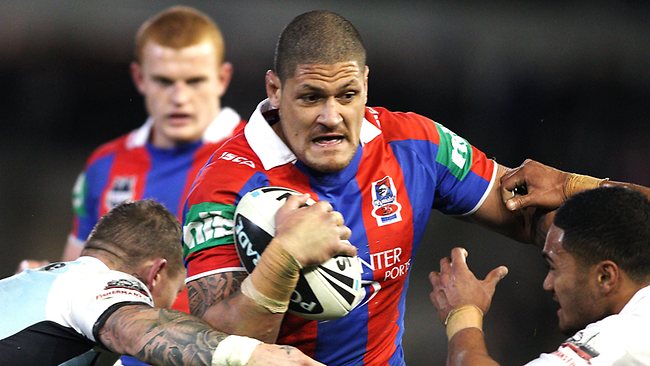