How many times have we seen it? With only a few minutes to go in games where the All Blacks are behind they come back and win it in the dying embers of the game. Once again it was a converted try in injury time that got the Kiwis another win.

It was the same story against Ireland almost a year ago, when a late Crotty try denied the Irish what was arguably a win they deserved. Against Australia in the Bledisloe Cup it was as ever an exercise in patience and incredible domination in the last quarter of the game.

It would be unfair to say that New Zealand deserved the win, for most of the game they seemed under the cosh of their Wallaby counterparts. The strength and determination shown by the Wallabies in the early stages of the game seem to

bother the Blacks to the point where they couldn’t cope with the ingenuity of the men in gold. It just goes to show that as soon as you give a team with the experience, professionalism and desire that New Zealand possess then you are in trouble.

The turning point was ironically enough the moment when Australia should have put the game to bed: when All Black replacement Patrick Tuipolotu was sent to the bin for taking out Rob Simmons in the air.

The extra man advantage instead of giving the Australians an advantage proved to be their worst period in the match. From that moment on they only managed to score 3 points and allowed the All Blacks to get back in the game. Half back Smith got the key try that brought the deficit back to 3 and a Nick White penalty could not stop the last-minute Fekitoa try and a cool Slade conversion.

The loss means that Australia have not won against the All Blacks since 2011. After the humiliating defeat at Eden Park 51-20 the Australians were really looking to end on a high and the result means they have lost their last three Tests. To add insult to injury head coach Ewen McKenzie resigned leaving the Australians without a coach only 11 months away from the 2015 World Cup in England.

Australia dominated for the first 60 minutes, their pace and drive was fantastic; but as the cliché goes ‘a game lasts 80 minutes’, and it was precisely in the last 15 minutes that New Zealand turned on the style. Similarly to the game against Ireland that the All Blacks won 24-22 in the last-minute, they started dominating their opponents when the game almost seemed out of their grasp.

It is perhaps encouraging that teams are now able to compete with New Zealand and are losing by small margins in comparison to the 20, 30 points that the All Blacks have accustomed us too since their shock defeat to France in the 2007 World Cup quarter finals. Still, it seems impossible to beat them and they remain that untouchable team that just seems not to lose.

Indeed since their victory against France 5-3 in the World Cup final on home soil, they have lost only two games: famously against England and most recently against South Africa in the Rugby Championship. Not many teams can boast about results as flattering as the one which gives the All Blacks such a glimmering record.

Against Australia they seemed average until Tuipolotu was sin binned, but when they got out of gear, my oh my were Australia on the back foot. The experience of this team is so phenomenal that you can never put it past them to come back and actually grab that win that just seemed so unfathomable only a couple of minutes before. Fekitoa’s try, in my opinion, embodied the spirit that has now come to define this well, INCREDIBLE team, he kept on going even with the penalty advantage and beat two men to put the ball down and provide Slade with the possibility of winning that game.

Fantastic spirit and determination are the underlying qualities that came out of that game; sure, skill, was certainly there, but I don’t think it would be unfair to say that based on that game alone the Wallabies showed more skill. The stats are potentially worrying for New Zealand they had only 37% possession and 19 missed tackles in the first half alone. Handling errors which are so uncharacteristic of the Kiwi team are certainly a worry for head coach Steve Hansen who will surely not allow such errors in the Autumn tests.

In the end the scariest thought of all is that looking at the New Zealand performance you could almost say it was an off day at the office and yet they came away with the win against one of the best Rugby nations in the world.

New Zealand’s Capatian
More than 130 caps for his country

We probably will never get tired of saying that this man is potentially one of the best open side flankers the sport of rugby has ever seen. Like his team he had a very shaky first 60 minutes but was then superb in the closing twenty. Always on the verge of the offside and more importantly always in the right place at the right time.

It goes a long way to say that whether legally or illegally Richie McCaw is always where he is needed; his vision and reading of the game is unparalleled in the game. Although he is getting older and undoubtedly toward the end of his career the All Black captain was as relentless as his team. At the end of the game he stated “The boys had to dig pretty deep. We showed great composure at the end.”

In the lead up to Aaron Smith’s try he was the one who got the ball back for his team and the try was arguably what got the world champions back in the game. The 33-year-old will surely be instrumental in the November tests and in his (surely) last World Cup.

No matter what team you support, no matter what rivalries there are, this game was an incredible game of rugby. It had everything you could ask of a top sporting event. Speed, aggression, heart drama… the list is long. In a sport where respect is the prime attribute, we saw again a perfect example of why the sport of rugby is so admired.

We cannot discount, in these situations, the efforts of the losing team, who fought to the very end and tried to withstand the All Black onslaught. It’s a great example to all sports across the board that should look at these fixtures and try to replicate the high standard of sportsmanship and performance that was shown during this game.

Games such as this one could possibly go up into the greats such as England vs Australia in the World Cup Final or New Zealand vs Ireland or even to a certain extent France vs Wales in the semi finals of the last World Cup. What is certain is that the game showed everyone exactly why Rugby is the fantastic spectacle that, well, it is. 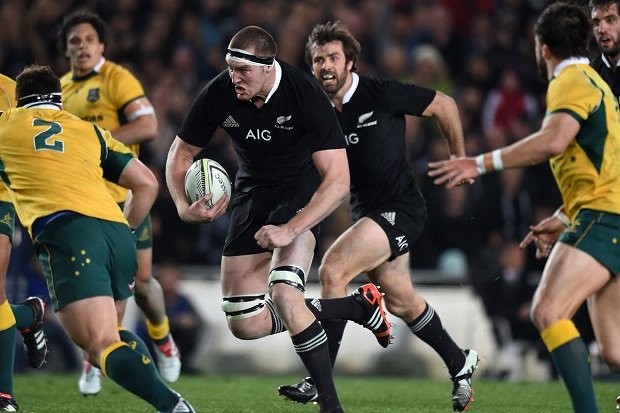