The Rugby League Four Nations Cup kicks off this Saturday, October 25th at Suncorp Stadium Brisbane, and will be contested between the nations of Australia, England, New Zealand and Samoa.

The 4th tournament of its kind will be held in Australia and New Zealand, concluding with the final on November 15th at Westpac Stadium, Wellington.

The Four Nations is a testament to the International Rugby League bodies’ ongoing attempts to grow the game beyond its localized pockets of popularity, of which exist all over the world. 2014 has been a year of growth for rugby league, with 42 international matches being played so far involving countries such as Denmark, Ghana, Serbia, Sweden, Thailand, Russia, and the United States.

Countries one may not expect to find rugby league at all, much less a desire to establish a national team.

The 31st European Cup is currently being decided between Ireland, Scotland, France and Wales, with the winner qualifying for the 2016 European Cup and the 2017 Rugby League World Cup.

There is even a presence as far as The United Arab Emirates and Pakistan, who as recently as April 2013 played a match in the Dubai Sport City Complex.

“Well I’ll be damned.” – You, upon seeing Rugby League played in the Middle East.

While progress is being made to establish Rugby League as a credible international sport, the vast differences in funds for development across countries is indicative to its challenges for further growth. Australia, New Zealand, and England enjoy a far greater depth and quality of talent than other countries, namely due to their various domestic competitions, youth development programs and overall wider exposure through television broadcasting deals.

Australia, home to the biggest Rugby League club competition in the world, the National Rugby League (NRL), has dominated the international scene, outside of the occasional upset from New Zealand, for the past 42 years. Not since 1972, when the then Great Britain Lions defeated the Australian Kangaroos to claim the World Cup by virtue of having won previously in the tournament (The final ended 10-10 after extra time). Since then, England has never won a World Cup, nor a Tri-Nations Cup (Later becoming the Four Nations Cup with the inclusion of France in 2009).

Speaking of France, who are ranked 4th by the Rugby League International Federation, have yet to reach a World Cup Final, such is the utter domination of Australia and New Zealand.

Despite all this, or perhaps because of it, the desire to evolve Rugby League internationally remains strong, and the results are there. Take just last year for example: The United States Tomahawks début in their first World Cup and make it to the quarter finals. This was a team consisting of players from semi-professional teams and  ex-baseball and basketball players, who overcame Scotland, Wales and the Cook Islands, not to mention a 13:1 odds victory over France before finally being defeated by the Kangaroos. This all without being paid a cent.

ALSO READ:  Super League News: Josh McGuire is a wire! Kristian Woolf to return to the NRL? Jake Bibby is’ in talks’ with the super league side. Round 20 Preview & Predictions.
“USA! USA! USA!”

With significant hurdles still to overcome, the game of Rugby League continues to press onwards, with the players of the Four Nations looking to showcase the best the sport has to offer this Saturday, and possibly shake the status quo for the first time in decades. 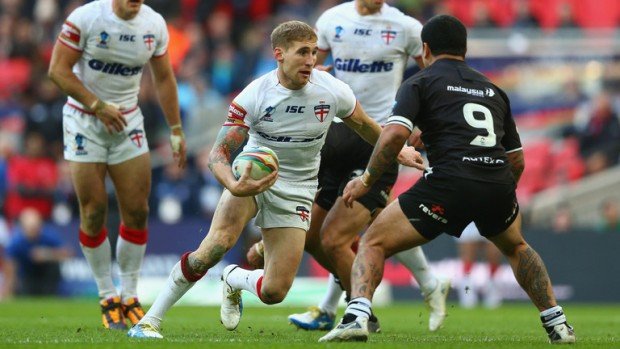