Pittsburgh, PA—The Steelers came through with a huge win against the Titans in Tennessee last night and have now been moved into the sixth and final spot in the AFC playoffs. A ticket to the postseason is hard to come by, mainly because you need to be one of the top six in your conference to get in, but also this year the added challenge of odd-ball teams staying relevant has turned out to be a huge factor.

Teams like the Steelers, who are now 7-4 after Monday night’s victory, are barely making the playoffs as a wild card because of how the season is shaping out. The Cleveland Browns, who share the AFC North with the Steelers, Ravens, and Bengals, dropped from first to last place in the division standings after only one game and despite a 6-4 standing.

Speaking of the AFC North, that is the cause of a lot of the reasons Pittsburgh has to stress at the moment. All four teams have not just a .500 win percentage, but a .600 or better win percentage—from the Bengals (1st) to the Browns (4th). The Steelers find themselves right in the mix and only in the top two of the division because of the recent win in Nashville.

If the Steelers lose their game next Sunday against the New Orleans Saints, a home game for Pittsburgh, they’ll surely plummet to the bottom and have to work their way up. Following their matchup against New Orleans, Pittsburgh goes up against the division rival Bengals in Cincinnati and then three weeks later close out the regular season with a second game against the Bengals—this time in Pittsburgh—with a potential playoff berth and division title on the line all on one game.

But hey, the Steelers aren’t new to this. In fact, from what we have seen so far, it’s not hard to say that they actually enjoy the spotlight and the constant pressure to perform more than having a cushy lead that go up in smoke like the position the Bengals are in this week, the Browns were in last week, and the Ravens before them.

Bottom line? It’s about to get whack up North. 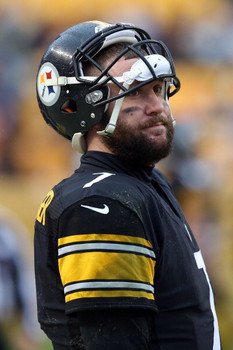