After the effort Andy Murray put in to qualify for the ATP World Tour Finals, he will probably be waking up this morning wishing he hadn’t bothered, following a crushing defeat at the hands of Roger Federer.

This has to rank as one of the worst defeats of his career. Murray’s dream of winning the ATP World Tour Finals came to a shuddering end last night at the O2 Arena against Roger Federer.

Andy Murray now has the unwanted tag of having endured the worst defeat to date since the event moved to London’s O2 Arena in 2009.

He was humiliated by the Swiss player in emphatic fashion. Murray needed to win in straight sets to get through to the knockout stages but the home favorite won just a single game, losing 6-0 6-1. The game was over in just 56 minutes.

Federer now goes through in first place from the group, winning all three of his matches, with Kei Nishikori finishing second after his win yesterday.

As Nishikori has already won his game earlier on Thursday, Federer came into the Murray showdown knowing he had already secured his place in the semi-finals. This allowed him to fully and confidently demonstrate his dominant firepower and flair.

“I am clearly very happy to have played a good match.” Federer said on court.

“I knew I was qualified, so I went into the match more relaxed. It’s not the way I thought it was going to go.”

The 17-time grand slam champion put on a masterclass in front of a packed O2 Arena. The Swiss player almost made it a cleansweep. However, Murray won his first and only game of the night – the 12th game. It probably felt like the 13th to him.

Although some of crowd were dejected by Murray’s performance, most thought they had witnessed one of the game’s greatest players put the Scot to the sword.

Andy Murray was disappointed afterwards with his own performance level.

“I can say I’m disappointed in my level but if I played well, he would probably still have won anyway.” he admitted.

“It was a tough night. I’ve lost (grand) slam finals and stuff, which has been very tough, but in terms of the way the match went, it should have been ideal from my side of the court. Far from it.” 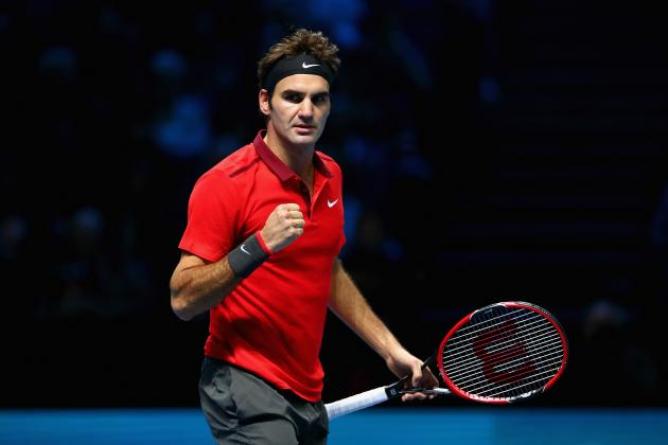