Phoenix, AZ– The Arizona Cardinals continued their hot streak this Sunday against the Detroit Lions at home. There were questions going into this game by several NFL experts and analysts about the quality of play that backup Drew Stanton was going to provide to the best team in the league thus far.

Going up against the Lions, who are second only to your team, and getting a huge victory was not a bad way to make a statement.

If you ask me, Arizona is going to be dangerous as long as the other teams in the NFC West continue to struggle with finding their greatest strengths throughout the season.

San Francisco is losing legitimacy by losing the connection between the coach and the players in the locker room, Seattle is playing incredibly inconsistent football, and the Rams (albeit they’ve beaten great teams) only have four wins in the first ten games.

Arizona? They’ve got nine W’s and only one loss.

The other reason that Drew Stanton is going to need to continue to come up huge for the Cardinals is that home field advantage throughout the playoffs is on the line if the Cardinals continue to play excellent football.

To get the top seed instead of the second seed is what Arizona will need to do to go far and do even better in the NFL post season. Going up against potential opponents like the Eagles, 49ers, Seahawks, Cowboys, and even whoever comes out of the NFC South, being able to play in Arizona come playoff time will change the picture completely.

Not to mention that the Super Bowl this year will also be hosted in the Cardinals’ building.

Arizona is ready to turn the tables on the football world. Welcome, fans and bandwagoners alike, to what we call Shock City. 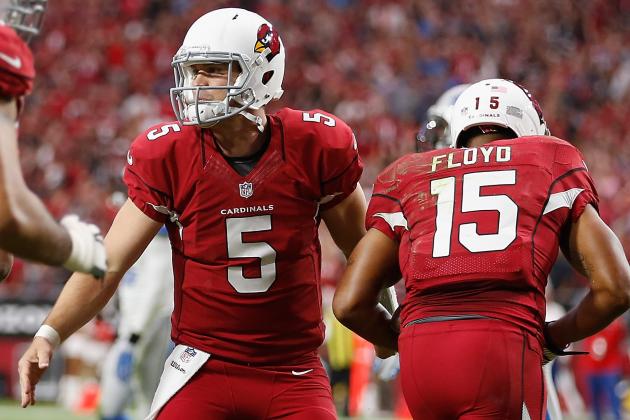