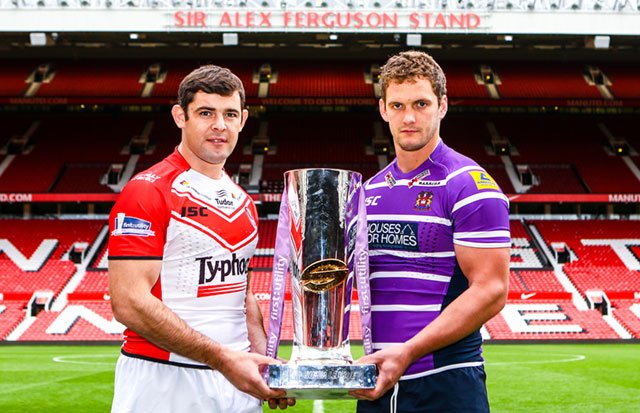 After a long season, it has come down to a match between two archrivals, the Wigan Warriors and St Helens Saints. The contest should be a thrilling contest between two topnotch teams who both desperately want to loft the trophy at the conclusion of the Super League Grand Final. Here is a look at the matchup between the two teams, including a prediction about which team will come out victorious at Old Trafford.

Both teams are absolutely spilling over with confidence with the way they have played recently. Wigan earned their way into this final by beating one of the best teams in the league, the Warrington Wolves. The contest game down to a thrilling winning try by teenage phenom Joe Burgess. The score ended up 16-12 score and was not decided until the 79th minute.

On the other hand, St Helens beat the Catalan Dragons handily in a 30-12 thrashing. With their spot at the top of the league table, they are technically the home team in the Super League Grand Final in Manchester.

The Wigan Warriors are the defending champions, which is a decided edge in confidence that they can get it done. They came from behind to beat the Warrington Wolves in last year’s final.

On the other side of the pitch, St Helens has not lofted the trophy at the end of the season since 2006. They have lost five consecutive matches in Manchester since that victory. This will make them extremely hungry for a victory on Saturday.

Both of these teams know they can beat each other, splitting the season series this year. Wigan claimed a thorough beating of the Saints on Good Friday at Langtree Park. The final in that match was 33-14. St Helens got their revenge on the Warriors when they met later in the year at DW Stadium, earning a narrow victory by a score of 16-12.

One of the most important matchups will be between the two hookers. For St Helens, James Roby is the key member of the team when it comes to controlling the tempo of the game. On the other side, the sheer aggression of Michael McIlorum for Wigan always causes nightmares for the opposition.

Many experts feel that this contest could come down to the performance of the wingers. For Wigan, having the 19-year-old Joe Burgess on their side is a key point in their favour. There is no player in rugby right now who is more exciting to watch. If he has a good game, it could be lights out for St Helens.

However, Tommy Makinson will not just sit back and watch his counterpart take over the game. Makinson will be thoroughly motivated to show that the selection committee made a mistake when they left him out of the England national squad. Makinson will show that even though Burgess is the hotshot in the contest, Wigan will have its hands full dealing with him.

This game should be a thrilling match that is not decided until the final minutes. When it comes to picking a winner, it comes down to two key factors. One is that young Joe Burgess seems on impeccable form right now. The other is that Wigan has the experience of winning in these big games. That should be enough to propel the Warriors to victory by 6-10 points.

This infographic from foxybingo.com has some great facts about the match. 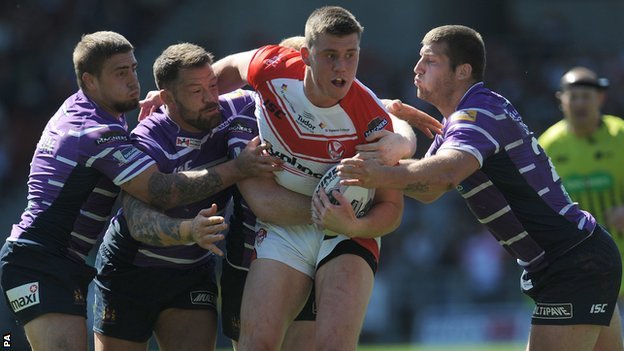