2014 has seen the NFC South go from one of the strongest divisions in the NFL to the laughing-stock in all of professional sports. I understand that winning any division in the NFL is a tough order to accomplish but this season could see a team go 6-10 or 5-11 and win the NFC South and host a wildcard playoff game.

This is an absolute joke and people should realize that this division might end up being the worst for not only this season but next season as well.

At the moment, the Falcons are the “first place” team in the division thanks to a tie-breaker edge over the Saints. So when you are leading the worst division in pro football, I guess we have to look at them first.

The Atlanta Falcons were a mere yards away from going to the Super Bowl two years ago but since then, the Falcons have fallen hard.

Last season the Falcons finished third in the division with a horrendous record of 4-12 and they lost their best offensive player in the off-season when future hall of famer tight end Tony Gonzalez retired.

The Falcons have blown two key games already this season against the Lions in London and last Sunday against the surprise team of the season, the Cleveland Browns. The struggles of the Falcons begin on the defensive side of the ball as their defense ranks 22nd in the NFL. They are giving up around 26 points per game and a league worse 4,509 yards total yards. With terrible stats like that, you realize how winning becomes very difficult.

The New Orleans Saints looked to be the team to make a big run just a few weeks ago when they defeated the Green Bay Packers on primetime. Since that win however, the Saints have looked so ugly that they could make onions cry. The Saints have currently lost three games in a row, all of which have been in the one-time intimidating Superdome. The problem with the Saints is just like the Falcons and that is a lack of defense.

The Offense has choked away many key opportunities with boneheaded turnovers but the Offense still ranks in the top ten but they lead the league with 290 first downs. The Defense has given up over 20 points per game in all but two games this season. Last year, the defense seemed to be the strength of the Saints but this year it seems the Saints are having it be their Achilles heel. Injuries to safeties Jarius Byrd and Rafael Bush have made the secondary look pathetic and allows opposing offenses to air the ball out for great success.

Drew Brees has not been as solid as he has been in years past as he has thrown more INT’s than he did in all of 2013.
ALSO READ:  NFL: Mayfield traded to Carolina – What does it mean?

2013’s NFL South champion Carolina Panthers have also fallen short of their expectations this season and this has led to many people questioning the team’s future. The Panthers took away their star quarterback’s main weapon when they cut wide receiver Steve Smith. Cam Newton has struggled to gain that momentum and chemistry with the new crop of receivers starring rookie Kelvin Benjamin.

Newton’s health has been the main worry for the team as he has looked less than stellar this season. Newton has thrown for 2,392 yards with 12 touchdowns and 10 interceptions while rushing for less than ten yards per game. Newton had off-season ankle surgery and this in the mind of many has taken away a ’lot of his speed and elusiveness that he had used in the past for great success.

The team needs Newton to play better in order to improve but also in my opinion, the Panthers need to publicly support Newton as their franchise quarterback in order to get the most out of this promising young stud.

the Panthers success in 2014 and in the future falls all on the shoulders of 2011 1st overall pick Cam Newton.

Finally in the basement of this black hole of a division is the Tampa Bay Buccaneers. The expectations for this team were as low as their fan support for their new jerseys but the Bucs have had some shining moments in 2014. The Bucs entered with a new coach in Lovie Smith and looked to establish their identity on offense with journeyman Josh McCown as their Quarterback. The Bucs haven’t found their stride on offense but they have been playing solid as rookie wide out Mike Evans has been the playmaker with 49 catches for 841 yards and 8 touchdowns.

ALSO READ:  NFL: Mayfield traded to Carolina – What does it mean?
Mike Evans is a stud no doubt about it but he needs better QB play in order to be successful in Tampa Bay.

I think the Bucs have a bright future if they can establish who their quarterback will be for the future whether it would be through the draft or again in free agency. The Bucs did beat the Steelers earlier this season in Pittsburgh so they have shown that they will play hard for their coach and they can be a team that can be rebuilt like Chicago was when Smith was the coach there.

So no matter who wins this division, fans and experts alike will laugh at the record of the winning team but I will say this now, do not sleep on the division winner. Remember in 2010 when the then 7-9 NFC West champion Seattle Seahawks shocked the defending Super Bowl Champion Saints in that memorable wildcard game in Seattle.

Anything can happen in the NFL but in my opinion, I feel that we could potentially see three out of the four teams firing their head coach at the end of the season and cleaning house and really, who could blame them? 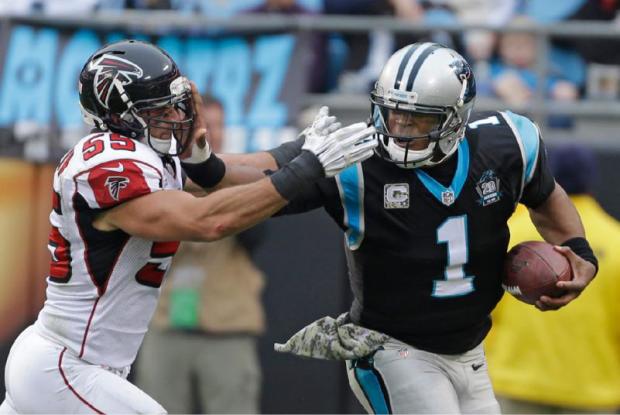