Over the past few days, the NFL has come under fire for their season long suspension of Minnesota Vikings star running back Adrian Peterson. Peterson had been on the commissioner’s exempt list since being deactivated back in week 2 of the season which allowed Peterson to be paid his full salary while not being active on the field.

But all of that has now changed as Roger Goodell has tried to send a powerful message to the entire sports world by making Peterson ineligible to play until April 2015.

Now plenty of people will defend the NFL for their action but I feel that this is a disgusting display of power and trying to appease the public no matter the damage done to the player.

Adrian Peterson’s attorney Rusty Hardin spoke about the decision of suspending Peterson for the rest of the season earlier this week.

“I’m just amazed the way they just keep making these things up as they go along,” Hardin said. “They looked bad in the earlier things.

With Ray Rice, they handled things badly, publicly. And now, they’ve just decided to make Adrian the scapegoat for all of their past failings.”

Hardin also went on to say:

“”This has cost him his reputation. It’s cost him millions of dollars, every endorser dropped him like a hotcake. Next to Peyton Manning, he was the second [most] heavily endorsed athlete in the NFL.”

Peterson’s career has been greatly damaged by the ignorance of Goodell.

I feel that Hardin is spot on as the NFL made Peterson look soulless and cost Peterson not only over four million dollars, but have cost him an entire season of play. I feel that this move hypocritical and simply disgusting.

Sure the NFL has been hard before but since dropping the ball with the Ray Rice incident, they have been hit or miss with their disciplinary methods and Adrian Peterson has now been made the scapegoat for the NFL so that the public image of the league can be slightly bettered.

I will not say that Adrian Peterson was not wrong in the entire situation as he did use excessive force on a four-year old child and yes he was indicted on his charges, but the fact of the matter is that the NFL used A.P. as the fall guy and it’s not right especially when you look into the fact that Carolina Panthers star defensive end Greg Hardy was found GUILTY of his domestic violence case back in July.

Currently he is awaiting his re-trial, but the fact is that he has been found guilty yet he remains on the exempt list and simply overlooked by Roger Goodell.

“The critical component of what the commissioner [Roger Goodell] did yesterday was put in place a program that will help Mr. Peterson succeed. It will help him extend his career,” Pash said.

Now surely we as a public are supposed to take the NFL at their word, but I am not for one second buying this load of garbage at all. The fact of the matter is simple, the NFL made this move in the best interest of public relations with their fan base whom is still upset over the Ray Rice incident earlier this year.

ALSO READ:  NFL: Mayfield traded to Carolina – What does it mean?
Peterson’s on the field stats are impressive and it shows that the NFL has indeed lost of the best players in the league today.

That whole mess was started because of a lack of discipline by Roger Goodell, and again all of this nonsense has been created by Goodell which leads me to state for the record that I believe Roger Goodell should be relieved of his duties.

The NFL players are supposed to be held in a higher standard because of their impact on society and fans. But then again, isn’t the Commissioner supposed to be held even higher? If you as the NFL, it seems like they do not care about the success rate of Goodell as long as he is making the league money and making the owners happy. Pretty much the hell with the players when it comes to personal conduct but don’t you dare even expect Goodell to have to follow those same guidelines. 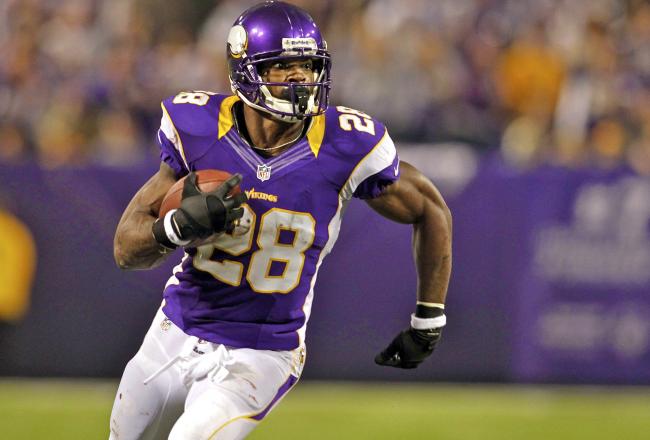