The NBA has only become a more bizarre place for the players to play. In recent history, a coach got fired in Sacramento out of nowhere, some real magic is starting to stir up with the boys from Washington, and LeBron James & Co. over in Cleveland are finally starting to click–meant to be, much?

Also, unfortunate news has surfaced in Milwaukee regarding their rookie star Jabari Parker and the Golden State Warriors saw their hot streak come to a complete crash and burn.

Portland got a huge win against the Spurs to show that they are worthy of one of the top spots in the overall rankings and Rajon Rondo and the Celtics are making a big push in the Eastern Conference to try to squeeze into the eighth and final spot.

If this week was any indication of how the rest of just the regular season is going to pan out, we the fans are in for a real treat.

Here’s a look at how this week’s action translated into my weekly power rankings:

1. Memphis Grizzlies (20-4)
A huge win Tuesday night against the Golden State Warriors at home spoke volumes about what the Grizzlies are capable of, especially if it comes down to them or the Warriors for the victor of the Western Conference–not to mention it ended the Warriors’ 16-game winning streak.

2. Washington Wizards (18-6)
Washington is making leaps and bounds in a weaker Eastern Conference. Now only half a game behind the Raptors who are lacking DeMar DeRozan, John Wall & the boys in D.C. are in good hands.

3. Golden State Warriors (21-3)
Everybody stumbles every now and then. A loss to the second-best Grizzlies was a big blow, but don’t count the Warriors out just yet–they’re just getting started.

4. Portland Trail Blazers (19-6)
Huge statement win over the Spurs showed that the Blazers aren’t a joke anymore and need to be considered a serious threat in the wild, wild West.

6. Toronto Raptors (19-6)
A slight edge over the Wizards is not to be overlooked, especially with Toronto’s history of choking in critical moments. Don’t blink Canada, the East has only begun to fight.

7. Houston Rockets (18-5)
Consistency is the biggest key to whether or not Dwight Howard & Co. can break past the first round of the playoffs. For better or for worse, the Rockets are right in the mix.

8. LA Clippers (17-7)
Since lackluster seems to be how the Lakers’ season is going to be this year, Chris Paul, Blake Griffin, and the rest of Lob City are loving the attention.

9. Chicago Bulls (15-9)
The only way they get past LeBron in the playoffs is with a healthy Derrick Rose.

10. Atlanta Hawks (17-7)
Not too far behind the Wizards and Raptors in the East, the Hawks are playing good basketball literally out of nowhere. Let’s see if they can keep it up.

11. Milwaukee Bucks (13-12)
A big win over the Suns gave the Bucks hope but the loss of Jabari Parker for the season due to him injuring his ACL is going to be pretty evident on the court for the remained of this year. Let’s hope the hoops continue for the Bucks and their bright young stars.

12. Dallas Mavericks (18-8)
Dirk Nowitzki & Co. are doing JUST enough to stay ahead of the pesky Spurs in a constant battle for not only the state of Texas but serious potential playoff position.

K-Love, LBJ, and Kyrie Irving are finally starting to look like the Big 3 we’ve been waiting to see in Ohio. Not sure how they’re going to play when it counts during the playoffs, but we will soon find out (assuming they avoid some sort of mega-disaster and actually pull through to make the postseason).

14. New Orleans Pelicans (12-12)
We’re all liking Anthony Davis’ play lately and now New Orleans is officially in the mix of becoming the wild-card eighth seed in the Western Conference playoffs.

15. Oklahoma City Thunder (12-13)
A win over the Kings in Sacramento this week means that the Thunder are officially the first team out of the playoffs if the season ended today.

Good thing there’s still nearly sixty games left. They’ve got plenty of time to make a move, and everybody in OKC is eternally grateful that Kevin Durant and Russell Westbrook are both back from injuries. Watch out, everybody else. It’s about to get crunk in Oklahoma.

16. Phoenix Suns (12-14)
A loss to the Bucks at the buzzer was clearly devastating to a young Suns team looking to make some noise. Seeing that they’re the Achilles’ heel for the top-ranked Warriors, I promise you all of the top seeds are hoping that Phoenix doesn’t squeak in somehow.

17. Miami Heat (12-13)
With a losing record and no LeBron, Dwayne Wade and Chris Bosh are doing everything in their power to try to make something happen in South Beach.

18. Sacramento Kings (11-14)
The sudden firing of now ex-coach Mike Malone has sent shockwaves through California’s capital…and it was pretty evident in their embarrassing loss at home to the Thunder.

19. Orlando Magic (10-17)
An injury to star Aaron Gordon has cost the Magic some early brownie points, but in the East you can never be counted out, it would appear, no matter how bad things seem to get with your team.

21. Denver Nuggets (10-14)
A hot start hasn’t been enough to save Denver’s playoff chances. Wins, not close games, are what will largely determine the success of this franchise in the future.

22. Indiana Pacers (8-17)
The Pacers somehow found a way to demolish the Lakers and might even get Lance Stephenson back–already–uh oh…

23. Los Angeles Lakers (8-17)
Kobe Bryant managed to pass Michael Jordan for third on the all-time scoring list but it hasn’t been enough to save the Lakers from their sinking Titanic of a season.

24. Brooklyn Nets (10-13)
They’re holding on to the final Eastern Conference playoff spot, but before you know it the Nets will slip up and they’ll be an old memory.

26. Charlotte Hornets (6-18)
With Lance Stephenson on the trade block early on, it’s become nothing but a distraction for the Michael Jordan-owned franchise that is struggling heavily, to say the least.

27. Minnesota Timberwolves (5-19)
Andrew Wiggins was told that he is like a young Kobe–from Kobe himself–you bet that comment helped his game. Minnesota might be able to make some sort of late push, assuming that Wiggins goes ballistic from the floor.

28. Detroit Pistons (5-20)
Talk about a franchise that went from relevant to ridiculous.

29. New York Knicks (5-22)
I guess you could say that Carmelo Anthony is now REALLY wishing he left the Big Apple. Some things just aren’t worth more money.

30. Philadelphia 76ers (2-22)
This team is just AWFUL. At this point, they need to just tank the rest of the season and hope that they can somehow draft the entire starting lineup for the Kentucky Wildcats and try to improve next season. 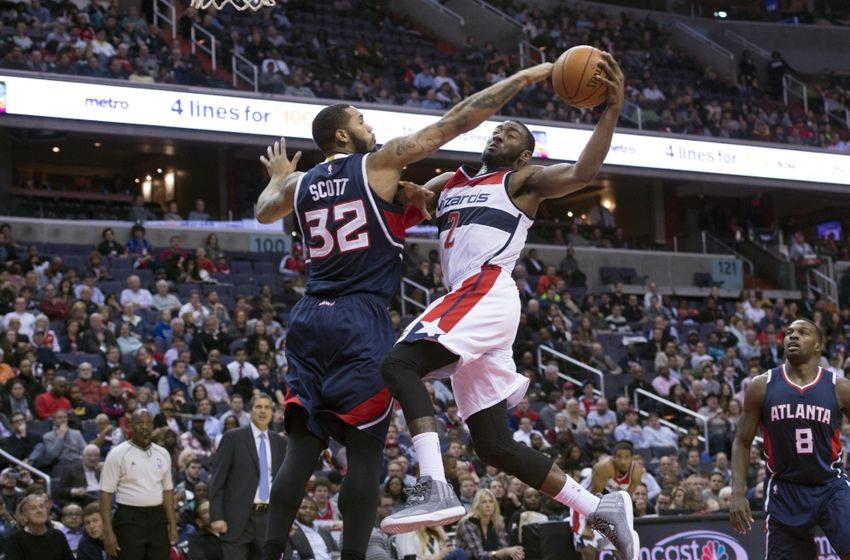