Last season Phoenix was projected as one of the worst three teams by nearly every NBA analyst. With a roster that is guard heavy and full of career role players, they looked weak on paper. Rookie head coach Jeff Hornacek didn’t help change that perception either.

People expected them to crash and burn like the Hindenburg. Once the season actually began, the team out in the desert actually began to gel. With great team chemistry and even greater coaching, the Suns managed to stay in contention all season long and barely missed the playoffs with 48 wins in a tough Western Conference.

Every year there is a team like Phoenix. Some teams under-perform and some exceed expectations. You need your team to mesh and you need your fair share of luck. Now that the 2014-15 season is here, I wonder if I can predict which non-playoff team might make a run at a playoff spot.

After sitting back and thinking over things, I have come up with three teams that I believe could make that run. More than likely though, I will be wrong. That seems to be how predictions go. They say hindsight is 20/20 so what does that make foresight?

Boston finished last season at a measly 25-57. They were young, inexperienced and had no star power. Fans expecting to find KG, The Truth or Doc were in for a rude awakening when they turned the games on. Rajon Rondo missed 52 games last year thanks to injury. On top of it, rumor is Rondo might want a first class seat out of Beantown ASAP. You’re probably wondering how I could pick a team whose only proven star wants out as fast as possible. It is based on the fact that the Celtics have young talent that specializes in different areas. Avery Bradley is considered one of the premier perimeter defenders in the NBA.

Number six overall pick Marcus Smart has a reputation as being one of the most physical on ball defenders to come out of college in quite some time. He plays like a bulldog fighting over a T-bone. Jeff Green is a versatile scorer.

He has consistency issues but when he’s on, he’s on. Kelly Olynyk is Dirk Nowitzki-lite. He is a 7-footer that can stroke the three, handle the ball and play a little bit of defense. Jared Sullinger was at one time considered the best prospect in college while at Ohio State. He has soft touch around the hoop and is now consistently hitting the three ball. To anyone who watched Kentucky play, James Young is an intriguing prospect. He has a nice jump shot, great athleticism and can play defense. When he jumps it reminds me of Inspector Gadget.

Evan Turner was so bad in Indiana last year, there’s a good chance he is considering this a reclamation project and trying to save his NBA life. When he’s playing well he can be an efficient scorer. They acquired Marcus Thornton from the Nets with hopes of him becoming their sixth man. Between 2010-2012, Thornton averaged 20 PPG with the Sacramento Kings. He is a guy who can fill it up in a hurry. Brad Stevens has cultivated amazing team chemistry in the past when he took mid-major Butler to the NCAA Championships two years in a row (2010-2011).

Will Rajon Rondo stay or will he go?

The white elephant in the room will be Rajon Rondo and his expiring contract. If Rondo can keep a positive attitude and learn to play with these guys, they could have some unexpected success. The one thing they need is a floor general that can set his teammates up. If worse comes to worse, the Celtics start slow and Rondo is flipped for some picks and it’s another year in the lottery. Best case scenario, they are taking another team to 7 in the first round.

Man, it must suck to be a Wolves fan. You have to spend all winter in the brutal cold, and then on top of it, your best player since The Big Ticket (Kevin Garnett) ran as fast as he could to Cleveland. Kevin Love and Minnesota are no more. Andrew Wiggins is the new sheriff in town. The kid runs like a gazelle and jumps like cat but is he a player that can take over games? Last season at Kansas he was accused of floating in and out of games on occasion. In the Jayhawks second NCAA Tournament game, against Stanford, Wiggins scored 4 points with 4 turnovers.

Only time will tell if he’s a franchise player but I believe he is in a better situation than some may think. This is a young squad filled with athleticism. Minnesota also has one of the best passers in the NBA running the show. Lob City North? Maybe. Rubio can’t shoot a lick but he knows how to find people and has averaged over 2 SPG through his first three years, so he’s got a little D. Rubio should have no trouble finding athletic swingman on a fastbreak.

Corey Brewer, Shabazz Muhammed, Zach LaVine, Chase Buddinger and Wiggins all have a little spring to their step. If they don’t score on the break, they have reliable shooters in Kevin Martin and Mo Williams that can find their shot in half-court sets. Martin may put up 25 PPG with this squad considering he’s a proven knock-down shooter.

Thaddeus Young has always been a quality, versatile big. He may have been Philly’s best player last season even though Michael Carter-Williams got all the hype. Anthony Bennett had a historically bad rookie season for a number one overall pick so the jury’s still out on him. He was the first pick for a reason though, and he looks like he may have lost a little weight and has a little more movement in him.

The one guy that I think may need to be moved is Nikola Pekovic. People may think I’m crazy since the hardest thing to find in the NBA is a true, quality center. The guy averaged 17 and 9 last year and is as big as an oak tree. I just don’t see his big body moving up and down the floor in a 120-115 game. Gorgui Dieng really came on at the end of the year in 2014. He was named the Rookie of the Month for March and had nine double-doubles in the last 17 games of the season.

In five of them he had 14+ rebounds. He is young, tall and lanky. He seems to be much more suited to a break-neck style of play. If they want to keep this youth movement up, Pekovic for a first rounder or two would fit their plan. If this team plans on surprising the league, they need to use that youthful energy and run the vets to death. Score, score, score! Worst case scenario would be a lot of turnovers, bloopers and losses. Best case scenario would be a trip back to the playoffs for the first time since 2004.

The Milwaukee Bucks were considered a fringe playoff contender heading into 2013-14. They ended up bombing badly and finishing the season with 15 wins. About the only positive was Giannis Antetokounmpo, the “Greek Freak”, and the sale of the team to owners who supposedly won’t relocate. They managed to luck out and receive the second overall pick in the draft, using it on Duke freshman phenom Jabari Parker.

He is a smooth scorer with rebounding skills and is about the closest thing to Carmelo Anthony since the original entered the league. He is the most pro-ready player coming into the league this season and is the odds on favorite to win Rookie of the Year. He will be asked to carry the load offensively from day one.

Jabari has a cool demeanor and leadership abilities. He should have no problem putting in 18 points a night while still learning NBA defenses on the fly. Larry Sanders is a solid shot blocker and rebounder. He missed a huge chunk of the season, playing only 23 games last year. His defensive presence was clearly missed. If the Bucks can get a healthy season out of him, he is a great young big to anchor the middle. Playing alongside Sanders is John Henson. They have very similar games and could make a trip down the lane hell for an opposing guard. Between the two of them, expect 4+ BPG. It’s a block party and everyone’s invited. Brandon Knight is a solid up-and-coming guard who has a hard-working attitude. He doesn’t give up on plays and can score the ball when needed.

There are two questions that may determine whether this squad will make a playoff run or not. Antetokounmpo is slated to start at the off guard spot. He is a 6’11” and very rangy. He definitely has the athleticism needed for the position and he has some guard skills but he is very, very raw. Sometimes he looks like a train running off the tracks when he tries to drive into multiple defenders on his way to the rim. I see him as more of a natural three. I can picture him trying to push things too hard and forcing the issue leading into unnecessary turnovers. If Jason Kidd can reign Giannis in a little, and he learns to pick and choose his spots, he could be successful in this lineup. Kidd is the other question mark, in my opinion.

I’m worried about the way he started his rookie coaching year with the Brooklyn Nets, being under .500 until after the New Year, and the conflicts he had with management and his assistants. Even though they ended up in the second round, I’m not convinced that Kidd is head coach material. The way he left the Nets was pretty sloppy and reminded me of a rat jumping off a sinking ship. Only time will tell if he has what it takes to win. Overall, this could be as bad as a crash scene.

You want to look but the carnage makes you wince. Could be another year as one of the three worst teams. Best case scenario however, Giannis and Jabari form a great one-two punch while their bigs reject everything in sight and they’re making their run to a playoff series.

By the end of the season I may look like a genius or I’ll look like an idiot. Either way, sometimes you got to be bold and make predictions that seem out of the ballpark. I could talk about the Lakers, Bulls, Cavs or Knicks but what’s the fun in repeating the same stuff we have heard for the past 3 months? All I know is I can’t wait for the season to start. 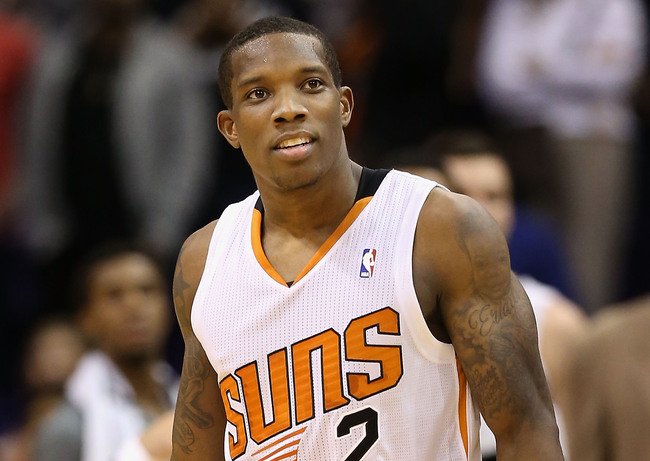