Yesterday, ESPN posted a very interesting article on young mobile quarterbacks that are struggling currently in the NFL from Cam Newton to Robert Griffin III to even Russell Wilson. (http://espn.go.com/nfl/story/_/page/hotread141204/russell-wilson-robert-griffin-iii-colin-kaepernick-cam-newton-face-adversity-scrutiny)

The article pointed out each player’s issues from mechanics to lack of confidence to an inferior supporting cast. Now fans get excited about the mobile quarterback because of the highlight plays they can make with their feet and their playmaking ability that gets noticed on ESPN nightly.

While the fad has caught on with plenty of fans, I am here to say that the age of the mobile QB in The NFL is overrated.

There are some critics that take up for the mobile quarterbacks that are right now struggling in the NFL like hall of fame quarterback Warren Moon.

“These guys are learning that this is all part of the process,” said Moon, who now works as a Seahawks radio broadcaster.

“They all had success early, but you have to give credit to defensive coordinators as well. They have taken some things away from these players that they’ve been really good at doing.”

While that point is true, you have to ask yourself one question before making an opinion on this topic, how many mobile Quarterbacks have won a Super Bowl?

Now the answer isn’t very high as Russell Wilson has been the only classic “mobile” quarterback to hoist the Lombardi Trophy since the year 2000. Pocket quarterbacks have dominated the championship headlines like Brady, Rodgers, and Manning. Sure some quarterbacks might have the ability to scramble but none of the winning quarterbacks have had the run first approach that has seem to have taken over the NFL scene.

I’m not saying that a mobile quarterback can succeed in the NFL as there has been plenty to do so, but the fact is that quarterbacks have to learn to pass from the pocket in order to be successful in the NFL.

49ers franchise quarterback Colin Kaepernick took over the NFL scene in 2012 when he took over the starting job from Alex Smith and made the plays needed to take the 49ers to the Super Bowl that season. Since then, Colin’s play has regressed and defenses have learned how to shut down the playmaker.

A scout for ESPN broke down Colin’s current play, “He doesn’t go through progressions well. If his primary read isn’t open, he’s quick to improvise with his feet. Eventually, his athletic ability will fade, and his lack of a foundation in the pocket will be more apparent if he doesn’t improve.”

That statement has been true for many mobile quarterbacks like RG3 and Cam whom both have now been slowed down to injuries and their play shows how lackluster their play has been since they are relegated to being a throw first quarterback. Fans need to understand that quarterbacks are not built to take the big hits and if they are not on the field then fans quickly forget about them basically bringing to light the old saying, “Outta sight, outta mind”.

A NFC general manager spoke to ESPN last month about the mobile quarterback and brought up the thought on the idea of play for them. “A couple years ago, we were saying that running your quarterback was a good thing. I’m not so sure it’s a good thing today. When I look at RG III, I see a player who holds the ball too long because he doesn’t know what he’s looking at. He’s a shell of himself.”

In the NFL today, a quarterback has to have good foot work to move around the pocket and find the open receiver when the first read isn’t there and quarterbacks like Aaron Rodgers and Ben Roethlisberger have mastered that with a combined three super bowl rings since 2005. The whole idea of a mobile quarterback being the second coming really took to light back in the 1990’s when Philadelphia had success with Randall Cunningham.

Cunningham had a strong arm and had speed that made him tough to handle outside of the pocket as he was the playmaker of the NFL for several seasons, however Randall’s success was short lived as he never made a Super Bowl and tore his ACL.

The next big mobile quarterback deal was in 2000 when the Atlanta Falcons drafted the lefty from Virginia Tech, Michael Vick.

Vick came in and immediately made an impact as he helped Atlanta turn around and even took the Falcons to the NFC championship in 2005 where they lost to a Donovan McNabb led Eagles squad.

After that brilliant season, Vick fell off the radar and then suffered through a rough patch as he was sent to prison for his role in a dog fighting ring in 2007.

Vick was an Icon in the world of the quarterbacks in the early 2000’s but his success was less than steller.

Since his return in 2010 to a starting role with the Eagles, Vick had success but again no Super Bowl appearances. The trend in the NFL is that a mobile quarterback can be a wonderful thing when healthy but no matter what, a Super Bowl victory is impossible without him learning the needed skills that a quarterback needs in the NFL.

The one mobile quarterback that truly learned to play from the pocket and be successful is 49ers hall of fame quarterback Steve Young.

Young started in Tampa Bay as a crazy man running around and making plays with his feet. Then he was traded to San Francisco and sat behind Joe Montana.

The years of sitting on the bench allowed Young to adjust his play and when he got his chance, he made the most of it and won a Super Bowl in 1995 as he threw six touchdowns against the San Diego Chargers in the Super Bowl.

Young ended his career with 29,907 passing yards as a 49er, 221 touchdown passes, 16 game winning drives, and one Super Bowl ring. (Stats according to http://www.pro-football-reference.com/players/Y/YounSt00.htm) That proves that if a quarterback dedicates himself to working on his passing ability then he can be successful.

Young had to learn to be a classic pocket passer but did and eventually became a hall of famer for that.

I understand that in today’s NFL that fans love the playmakers and I believe that young quarterbacks like Florida State’s Jameis Winston and Oregon’s Marcus Mariota will be high on draft boards for their playmaking abilities.

With that being said, I feel that the age of the mobile quarterback is overrated and will be until one can have continuous success and can win multiple Super Bowls. 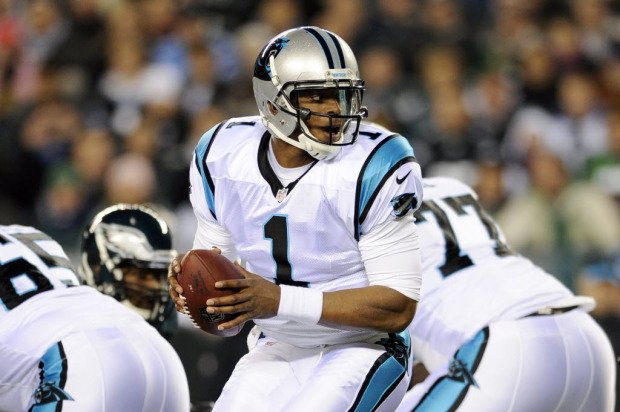