Last year’s F1 eSports Series was the most successful of its kind. Viewership rose by 76% compared to 2018 for a total of 5.8 million. On Social media, the competition attracted 169 million impressions, as per reports by formula1.com.

Buoyed by a growing interest in young F1 fans, Formula One made a promise to invest more resources toward eSports in 2020 and beyond. But what are the chances the new series is headed in the right direction?

Back in 2017, F1 was nowhere to be seen in the eSports spectrum. Young fans who wanted to experience the thrills of driving racing cars at 200 miles per hour on screens either had to try NASCAR or Indy Car’s series.

Not anymore: the federation splashed millions of dollars into eSports in 2018 to promote an eSports league. It also partnered with New Balance, and so far, things have been working out tremendously.

Last year, more people watched the F1 eSports series online than those who watched on both TV and the Internet in 2018. In total, the series recorded 27 million views, a 35% increase compared to the prior year.

In case you missed it, the Red Bull eSports team took the bragging rights at the competition. They had fierce competition from Ferrari, Renault and Alfa Romeo. But they battled it out to complete nine podium finishes from the 12-race series.

Self Sustainability through Sponsorships

Small eSports teams throughout the world have been struggling to raise funds. They have millions of fans, the support of game publishers and endorsements from celebrities. But the only successful teams are those that have sealed sponsorships from big brands.

Luckily, money isn’t a problem when it comes to the F1 eSports team. The federation is capable of finding financial support from companies that would love to advertise to the nearly 6 million people who watch the F1 eSports series yearly.

The iGaming industry loves partnering with eSports teams, so that’s a good place the F1 could shop sponsors. The prospect of gaining thousands of new bettors would push any betting company to pour millions of dollars.

Fans, on the other end, could find new websites to bet on F1 games or to play casino games. For example, Casino bonus UK is a great guide to players in the United Kingdom looking for a No Deposit Bonus. The site features an extensive list of top-rated online casinos known for their bonuses, great games and fast payouts.

Looking for the latest casino sites? Then we recommend this new casino 2020 guide that compares all the newest sites. Again, these websites bring you the best of blackjack, poker, roulette and slot machines. Of course, they also have bonuses to help you play a few games cost-free.

It would be one thing for F1 to invest in eSports because it’ the coolest thing online. But considering the official F1 video game has a global fan base, failing to capitalize on it would be a huge mistake. Luckily, the federation has shown a commitment to bring together its global fan base through eSports in the long term.

During its first eSports tournament in 2017, F1 pared 64,000 competitors from Brazil, Britain, North America, Germany, Italy, Turkey, Poland and other countries raced for a trip to London. There, 40 finalists would compete in a knockout stage before heading to Abu Dhabi for the finals.

Following the series’ success, interest in the annual F1 eSports competition has more than doubled. That means there are lots of people out there who love simulating F1 race cars enough to compete for a prize. There are a lot more who enjoy watching others compete—and these are the people that will continue to motivate F1 to put more efforts on eSports.

That’s right. One of the reasons Formula One is so determined to promote its eSports department is because it could help nurture the next generation of racing superstars. In an interview with the Guardian, Vitality eSports CEO revealed that eSports players required nearly the same skills as actual drivers to simulate the new F1 eSports game.

“Formula One is one of the few games where the skill set required to perform is the same as that in the actual sport,” Nicholas Maurer said.

The only missing skill is the ability to deal with lateral force. But if an eSports league could help showcase immensely talented drivers, F1 teams might save a lot of money in scouting drivers. After all, most eSports players are people with big dreams and hopes of becoming F1 drivers.

From a marketing angle, promoting the idea of F1’s video game simulator being close to the real thing could work wonders for the federation. It could boost sales for the game and also influence how F1 fans purchase future race cars.

To ensure F1 eSports series attracts the most talented players worldwide, they’ve been deliberating ways to improve their perks for winners. Presently, winners take home $500,000 and a few more rewards.

In the coming years, the prize could be a job at a player’s favourite F1 team. And that’s just the basics. Teams could also actualize winners’ dreams to help nurture their talent for racing real cars. Of course, money could also be increased.

And to attract as large an audience as possible, future tournaments won’t restrict players to a single platform. Instead, competitors will be picked after mobile competitions, PC tournaments and simulators. Country restrictions will also be lifted.

Essentially, the objective is to elevate the F1 eSports league into the levels of League of Legends, Call of Duty, Dota 2 and other successful games.

The 2019 F1 eSports series was tremendously successful. But a lot needs to be done to elevate the nascent sector into a big player in the video gaming world. The F1 is committed to supporting its eSports department, and so are many teams. But unless they work together, the series might struggle to rival League of Legends and other top tier eSports leagues in the world. 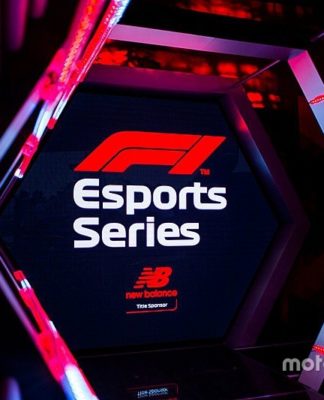