Ciro Immobile scored his 36th goal against Napoli in a 3-1 defeat for Lazio. The Italy International tapped in after 22 minutes to net a goal.

He has now levelled the record for most goals in a Serie A campaign with Argentine forward Gonzalo Higuain who holds the record of 36 goals as well, set while playing for Napoli in the 2015-16 season. 14 of his goals were from the penalty spot

The Juventus star, Cristiano Ronaldo was the only player with the chance of catching up with Immobile as the German domestic league ended in June.

Ronaldo went to the final matchday trailing 4 goals behind the Italian. However, he was rested ahead of Champions League 2nd Leg against Lyon.

Immobile is the first Serie A player to win the award since Francesco Totti in 2007. Lionel Messi was last season’s winner and the player to have won this award the most times with six, finished fifth with 25 goals.

It is the third time Immobile has won the title of best scorer in Italy after 2013-2014, when he scored 22 goals with Torino, and in 2017-2018 when his 29 goals for Lazio saw him share the honour with Inter Milan’s Mauro Icardi.

Immobile also becomes the first winner other than Messi, Ronaldo or Suarez — who won it again in 2015-16 with Barcelona — since Atletico Madrid’s Diego Forlan in 2008-09.

The 30 year old Striker, becomes the eighth player who finishes as Serie A’s leading marksman on three occasions, with only former AC Milan forward Gunnar Nordahl having achieved it more often with five from 1950 to 1955.

Immobile told Lazio Style Channel,“I am super happy and proud of what I’ve achieved, especially when I look back to where I started and everything I went through.”

He added,“If you truly believe, sometimes, dreams do come true. I can only thank the coach and staff, my team-mates, and I can assure you these records are for the whole team.

“I also thank the Lazio fans, who made me feel indispensable for this team, and I am so proud of that. I want to be a living example that if you never give up, you can achieve any target”, said Immobile.

He told, “I’m so proud to have my place in the history of this sport. I am moved thinking of how my team-mates greeted me in the dressing room after I scored a hat-trick at Verona. That’s what the sport is about.”

Lazio finished fourth in the season table to secure a Champions League spot next season. 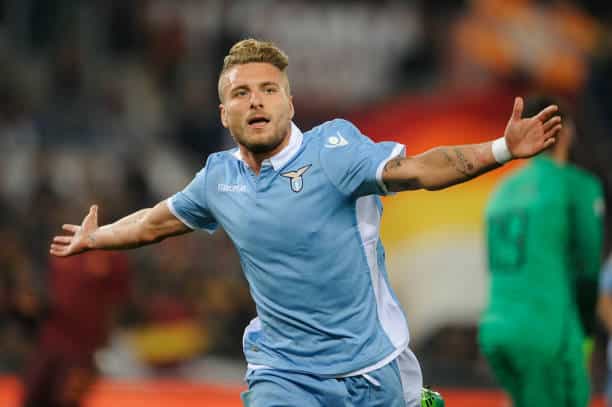