Curry led the Golden State Warriors to the organisation’s fourth NBA championship in eight years, winning his first NBA Finals MVP in the process. Curry had a spectacular postseason, averaging 27.4 points, 5.9 assists and 5.2 rebounds in 22 playoff games as the two-time regular season MVP led Golden State back to the postseason. For Curry, Klay Thompson, Draymond Green and Andre Iguodala, it’s a fourth championship. The first three rings came in 2015, 2017 and 2018, when Golden State was dynastic and made five consecutive trips to the finals.

Injuries, including ones that sidelined Thompson for 2 1/2 years from a torn ACL in the 2019 series in what became the Raptors’ title-clincher in Game 6, and roster changes changed everything. But this season, with Thompson returning around the midway point, the Warriors were finally back. This tale for the Warriors ended much differently than what was their most recent finals appearance against Toronto in 2019, one that saw Kevin Durant tear his Achilles tendon in Game 5.

It thrust a Golden State team into a rebuild that became a reload. The Warriors used their two-year hiatus from the NBA’s biggest stages to retool their roster – adding a past No. 1 draft pick in Andrew Wiggins, who excelled in his first finals, along with another rising star in Jordan Poole. It all clicked. For Golden State coach Steve Kerr, it’s a ninth championship overall after winning five as a player. He’s the sixth coach to capture four titles, joining Phil Jackson, Red Auerbach, John Kundla, Gregg Popovich and Pat Riley.

The Celtics came out firing, riding the energy from a deafening TD Garden crowd to take an early 14-2 lead. Golden State wasn’t rattled and responded with a 35-8 run that stretched into the second quarter on the way to building as much as a 22-point lead. The Warriors outscored the Celtics 27-17 for the period and carried a 54-39 lead into the second half as some Celtics fans booed the home team as they left the court. Boston fought back in the third, but the Warriors found their range from beyond the arc, connecting on six 3s in the quarter. Boston trailed by as many as 22 points but battled back and cut the deficit to eight. A Jaylen Brown 3-pointer made it 86-78 with 5:33 to play, but the Warriors never relinquished the lead. Curry sent Boston fans streaming toward the exits with his sixth 3 of the night to give the Warriors a commanding 15-point lead, 96-81 — then clasped his hands against face as he ran back down the court, signaling an end to Boston’s hopes of extending the series.

Curry, who last summer extended his contract to 2026, is not just in the conversation for being the best player of his generation, his name is now beside some of the all-time greats. 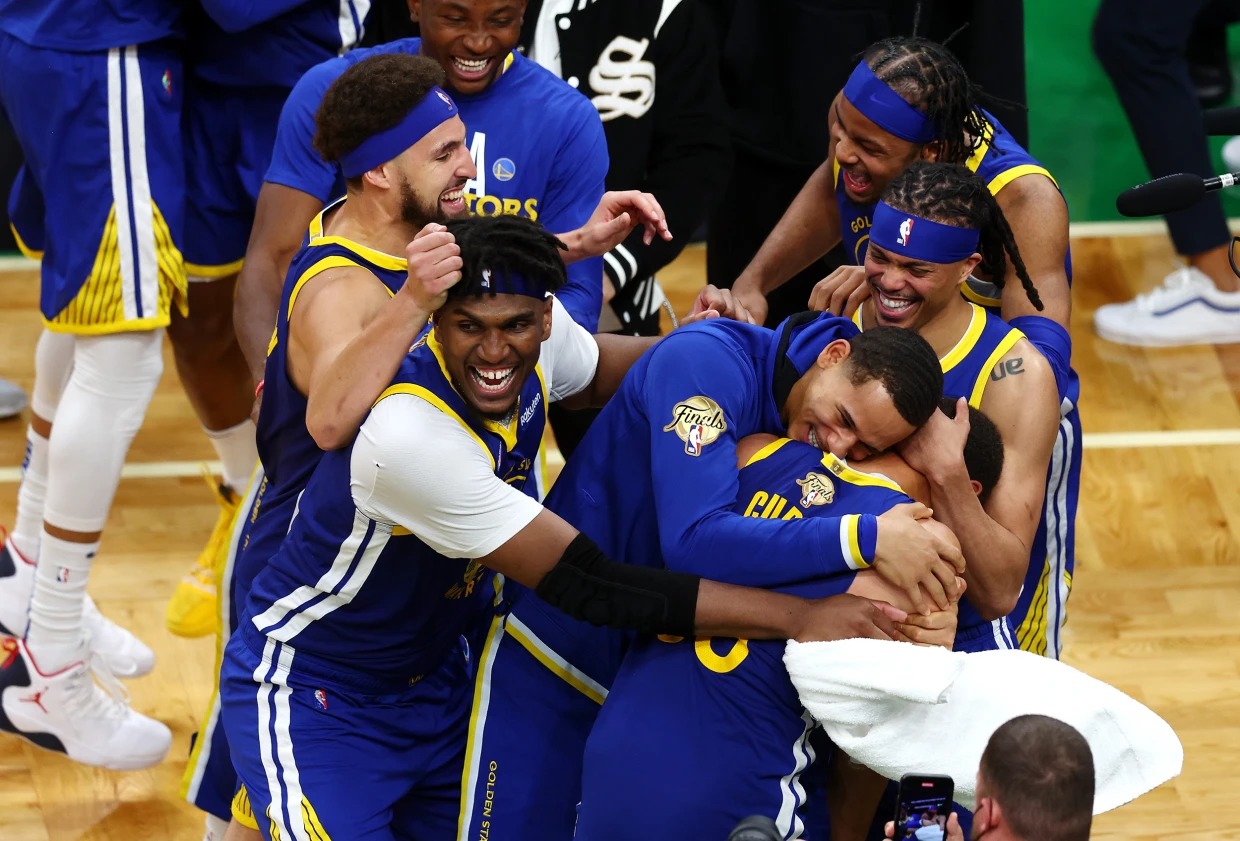