Paul McGinley and Tom Watson announced their three wildcard picks for the Ryder Cup, which kicks off at Gleneagles on September 26, and there were no surprises as the highly-tipped triumvirate of Lee Westwood, Ian Poulter and Stephen Gallacher were chosen by McGinley to join his automatic European qualifiers, whilst Watson elected to put his trust in Hunter Mahan, Webb Simpson and Keegan Bradley to join up with his already nine-strong USA team.

McGinley arguably had the tougher deliberations to make and he opted to omit Luke Donald from his team in favour of the flourishing Gallacher, who will be making his Ryder Cup debut in Scotland, whilst it was inevitable that Poulter and Westwood would be drafted into the side having shown such a vim and vigour for the match play format in recent years.

USA have suffered defeat in five of the last six Ryder Cups and the narrow 14 ½ – 13 ½ loss in 2012 will still send shivers down the spin of the American team, but Watson is able to bring some fresh faces in to his team and with Tiger Woods counting himself out of selection then the aforementioned trio of Mahan, Simpson and Bradley will add tremendous depth to a team that will be led by the veteran pair of Phil Mickelson and Jim Furyk.

However, the Europeans will head into the event as the red-hot favourites and they are as short as 8/13 to lift the coveted trophy again and with home conditions likely to play a huge part, then it’s unsurprising that they will head north of the border as the ones to beat.

Rory McIlroy has been in sensational form this season and the Open champion will spearhead the European team and he is the 4/1 favourite to be crowned the top European scorer, whilst Justin Rose and Sergio Garcia, who excels in this format, are next in around the 7/1 mark, with points machine Poulter, who has won 12 of his 15 Ryder Cup matches,  an attractive 8/1 to top the Europe points scorer.

Phil Mickelson oozes experience when it comes to Ryder Cups having played in nine events, but his win ratio is hardly impressive having only won 14 of his 38 matches, so the 6/1 for him to be the top American scorer is worth avoiding and it may be worth opting to side with one of the relative newcomers to the format.

Rickie Fowler has been in terrific nick this year on the Tour and has been a mainstay in the top 10 in the Majors this season and that’s why he is the 11/2 favourite to top score for the visitors, but it’s Keegan Bradley that caught the eye two years ago when winning three of his four matches in his first tournament and the 8/1 to top score for the USA again is too big to miss.

Scanning through the world rankings of both teams it just points you in the direction of the Europeans and with an array of in-form players heading to Gleneagles in a positive mindset, and with the vociferous home crowd likely to eke another level out of them, then it’s tough to see anything but a convincing home win for McGinley’s men. 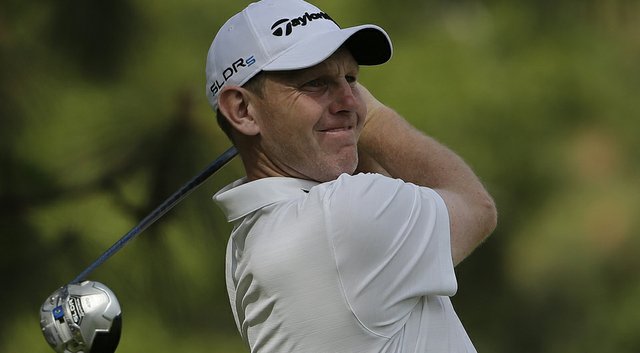