Boxing had a big year in 2019. Several top prospects graduated to becoming titleholders. Top pound-for-pound superstars further solidified their status and grew their brands. The heavyweight division became even more interesting with some good and not-so-good performances by top names. More and more viewers tuned in to see world

On Saturday, WBA "regular" welterweight champion and boxing legend Manny Pacquiao will face the undefeated WBA "super" champion Keith Thurman at the MGM Grand Garden Arena in Las Vegas, NV. The highly anticipated matchup can be seen live on FOX PPV in the USA and on ITV Box Office (PPV)

This past weekend, WBA welterweight champion Manny Pacquiao scored a unanimous decision victory over Adrien Broner at the MGM Grand Garden Arena in Las Vegas.The bout was the 40-year-old Pacquiao's seventieth professional fight. Pacquiao vs. Broner - Fight Recap From the first bell it was clear that the fight was going to be 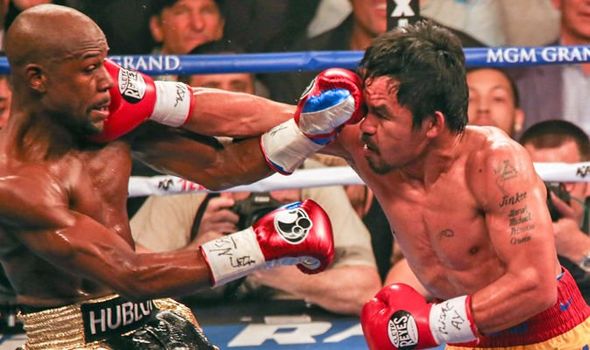 Some of the greatest sporting events in history have been in the 21st century, and the ‘Fight of the Century’ – the legendary bout between boxing greats Manny Pacquiao and Floyd Mayweather that took place in 2015 – certainly ranks as one of the greatest moments in boxing. Few fights

On January 19th, boxing legend Manny Pacquiao will defend his WBA welterweight title against Adrien Broner at the MGM Grand Garden Arena in Las Vegas, Nevada. The two superstars have won world titles in a combined twelve weight classes, the third most for any match-up in history. Viewers in the

Eight-division world champion from the Philippines, Manny Pacquiao (60-7-2, 39 KOs) has accepted an invitation of Nick Brown, who is the Secretary of the Oxford Union to speak at the Oxford. He was invited on behalf of the prestigious debating society. Manny Pacquiao is a military reservist with the rank of Colonel in the Reserve Force of 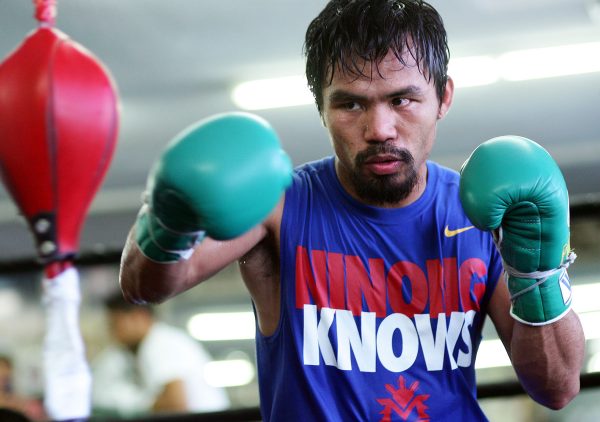 Filipino icon Manny Pacquiao could be in for a return to the Boxing ring, as rumours seem to suggest that he is considering to lace up the gloves again. Pacquiao last fought in April, a fight that resulted in a fairly one sided victory over Timothy Bradley that completed the trilogy 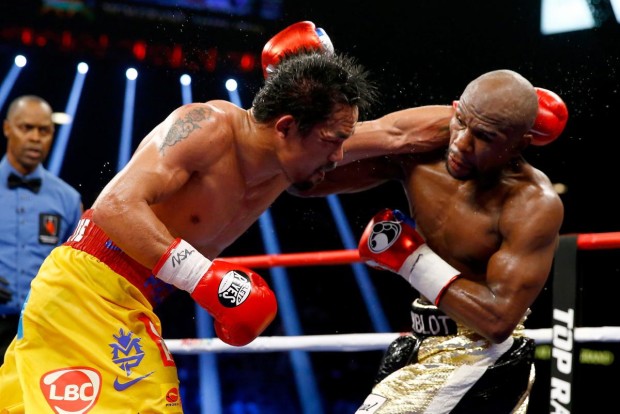 Floyd Mayweather Jr. was decalred the winner by unanimous decision at last night's much anticipated mega-fight in the MGM Grand Las Vegas, walking away as the unified welterweight champion and remaining undefeated. Two judges scored the fight as 116-112 and with another judging scoring it as 118-110, all in favor of 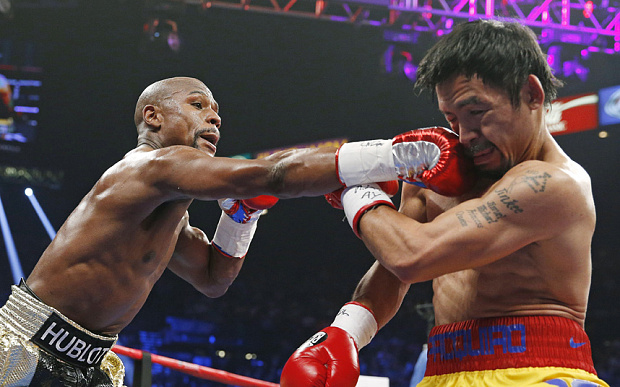 In the early hours of this morning Floyd Mayweather Jr. cemented his status as the greatest boxer of his generation with a unanimous points victory over Manny Pacquiao in the MGM Grand, Las Vegas. It was billed as, ‘The Fight of the Century,’ but the general feeling was that the fans

has just registered!
19 minutes ago