Lineal heavyweight champion Tyson Fury will face the undefeated Tom Schwarz on June 15th at the MGM Grand Garden Arena in Las Vegas, NV. Fury, who faced WBC champion Deontay Wilder in Los Angeles last year, will be fighting for the first time in Las Vegas. Schwarz will be making

Millions of fans around the world tuned in this past weekend to see two undefeated heavyweight kingpins put everything on the line at the Staples Center in Los Angeles. While Wilder vs. Fury lived up to the hype inside the ring, the controversial decision left many with a bad taste

Eddie Hearn makes "much-improved" offer to Deontay Wilder in hope of securing a undisputed unification title fight against Anthony Joshua at Wembley Stadium on April 13. However, the American's co-manager Shelly Finkel has already stated that he doesn't wish to sit down and discuss and fight with Anthony Joshua until their

Deontay Wilder's co-manager Shelly Finkel says that he has 'no desire' to get back round the table with Matchroom Sport's Barry Hearn to negotiate a deal to fight Anthony Joshua on April 13th, since Joshua's win over Alexander Povetkin at the weekend. Eddie Hearn insisted that they are only targeting

Anthony Joshua delivered a stunning knockout victory to defend his titles and send a warning to Deontay Wilder and anyone who doubts his credentials as a true heavyweight champion. It was a crucial night for AJ as he faced the hard hitting and controversial Russian Alexander Povetkin. Following the breakdown in

Tyson Fury insists he could have knocked out Sefer Seferi in the first round if he wanted to, but decided to prolong the fight as he wanted to get rounds in the bank. Tyson Fury faced the Albanian cruiserweight at Manchester Arena on Saturday night, in a bout everyone would have

Tyson Fury (25-0, 18 KOs) returns to the ring against Sefer Seferi at the Manchester Arena on June 9. The former heavyweight champion says he is approaching this fight like a world championship bout. He is leaving no stone unturned while in training camp, the Mancunian fighter returns to the sport 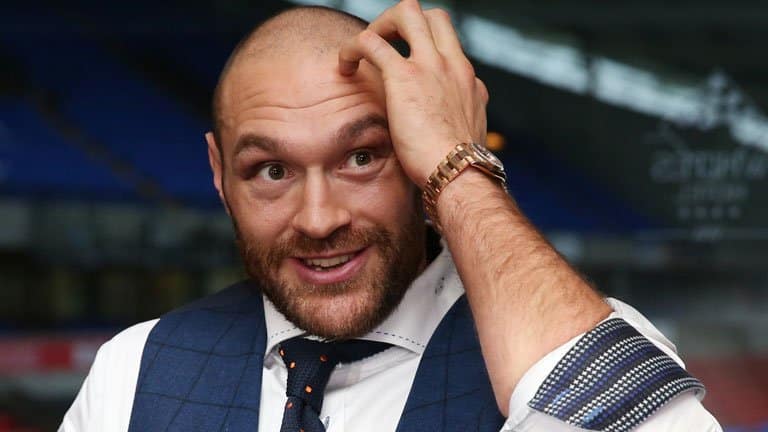 As widely expected Tyson Fury (25-0, 18 KOs) has been stripped of his Ring Magazine heavyweight title, Fury originally won The Ring belt when he beat Wladimir Klitschko in November 2015, also claiming the IBF, WBA 'super' and WBO titles. Already having surrendered the WBO, WBA and IBF belts due to

has published a new mt_pp."Matthew Ayles"
1 hour ago