The ancient Greek philosopher, Aesop once said “It is possible to have too much of a good thing.” Casual observers should find it amazing that a man who died more than 400 years before the birth of Christ would have such a firm grasp on the current state of affairs in the sport of boxing. Alas, the sport has been flooded with so many champions that it’s become a necessity to identify a lineal champion in each division.

The WBC is considered by many to be the most prestigious sanctioning body in the sport. While their rich history certainly deserves the appreciation and respect of fight fans, they are not above constructive criticism. It is with this in mind that a look at the WBC’s decision to add another division to boxing’s already crowded scene must be weighed and measured.

Questionable motives behind the new division

When the creation of a “bridgerweight” division, designed to be heavier than the cruiser-weights but lighter than the heavyweights was announced by the WBC, it appeared be an effort to restore the status of a fallen star. Deontay Wilder held the WBC championship belt from 2015 to 2020, a reign that included ten successful title defenses.

However, a convincing win by Tyson Fury in February of this year took the belt off of Wilder’s waist, and a long list of excuses ensued. While the outlandish claims made by Wilder should be dismissed by serious observers of the sport as the unwillingness of an elite athlete to accept the fact that he was outclassed, there was a consensus that one reason for Wilder’s defeat was Fury’s size. Indeed Fury registered at more than 40 pounds heavier than Wilder at the weigh-in.

Given the velocity and frequency in which Wilder hit the canvas that night, there’s no denying that those 40 pounds helped Tyson Fury take back the heavyweight championship. Although Wilder entered his rematch with Fury the heaviest he’s ever been at over 230 pounds, previous opponents have faced a much lighter version of the “Bronze Bomber,” who normally enters the ring around 215 pounds. The WBC’s bridgerweight division is designated for fighters between 200 to 224 pounds.

With a trilogy fight between him and Fury seemingly more and more unlikely with each passing day, and the attention of the boxing world turning towards a potential Fury vs. Joshua showdown, it seems as if the new division was created to give the former American Bronze medal winner another shot at glory. There’s just one problem: he’s already stated he’s not interested.

There will be little to no prestige to the new title

Without question, the pantheon of boxing greats includes fighters from all weight classes. Sugar Ray Robinson is as revered by boxing historians as Muhammad Ali.

The trend of gigantic men dominating the heavyweight division began in 2003. Sure, Lennox Lewis beat Evander Holyfield twice in 1999 (although one fight was egregiously ruled a draw), but it was his bout against Vitali Klitschko for the WBC and IBO heavyweight crown that ushered in the new era. Lewis stood at 6’5″ while Klitschko was a 6’7″ tower. It was clear that these two men were the best two heavyweights in the sport that night. It was also quite evident that a new era in boxing had begun.

It would be increasingly hard for men like Michael Spinks or Evander Holyfield to ever wear the heavyweight crown again. In the early 90’s Holyfield deliberately trained his body to become a heavyweight after thoroughly dominating the cruiser-weight division.

This was a feat similar to Spink’s transition from light heavyweight to heavyweight. However, the sheer size of men like Lennox Lewis and Vitali Klitschko served as a warning to smaller men that they may have to settle for the glory of beating other fighters close to their size.

Fast forward to the year 2020 and one of the most interesting prospects in the heavyweight division is Oleksandr Usyk. A former undisputed cruiserweight champion of the world, he is trying to replicate the feat of Evander Holyfield and make the leap to heavyweight champion. In order to do this, he’s going to have to climb into the ring with men that are much larger than he is and emerge victoriously.

Currently, the heavyweight titles belong to Anthony Joshua and Tyson Fury, men who are both considerably taller and considerably heavier than Usyk. The last time a fighter overcame those odds in a heavyweight bout was in 1985 when Rocky Balboa flew to Moscow to defeat Ivan Drago on Christmas day.

In the annals of heavyweight history, many champions of the past would be severely outweighed by the current kings of the division. Muhammad Ali routinely fought at around 215 pounds, as did Joe Louis. Rocky Marciano fought at a much lighter 188 pounds.

All three men would be on any knowledgeable analysts top ten list of heavyweight champions and yet in today’s climate, they would seriously have to consider fighting in another division. Indeed, the pummeling that Lennox Lewis gave Mike Tyson in 2002 may be indicative of what may happen if average-sized men climb in the ring with today’s giants.

The integrity of the sport must be protected

While all of these factors may have weighed in on the WBC’s decision to create the bridgerweight division, the fact remains that it was ill-advised. The presumed star of the division, Deontay Wilder, has already stated he doesn’t want the crown.

The next logical contender for the belt, Oleksandr Usyk, deliberately bulked up in hopes to meet Joshua or Fury in the ring. Sure, smaller fighters will have to make the most of the light heavyweight or the cruiserweight division, but fans who love the sport do not want to see it watered down any more than it has been.

The unfortunate announcement that Floyd Mayweather is returning to fight a social media sensation has served to make another mockery of what should be sacred ground. No other sport has been maligned the way boxing has by novices too uninformed to understand it’s beauty and complexity. Adding another division would be just another blow to the reputation of the sweet science.

Global warming has raised the temperature of the ocean. Scientists recently discovered that iguanas who fall out of trees and appear frozen to death are actually in a state of comatose and will revive under higher temperatures. The sitting U.S. president is challenging the election and claiming widespread voter fraud, and the heavyweight division has been taken over by giants. There is no need for the WBC to enact change by adding a new division to boxing; history has shown that will happen on its own. 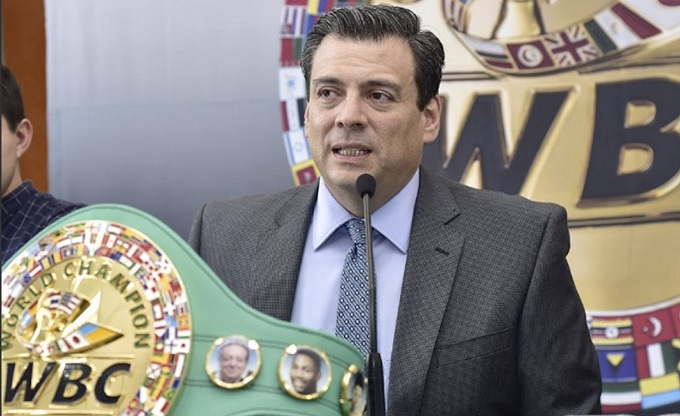